Mr Peter ROBINSON, the Cottingham developer who has pursued a relentless war of attrition against ERYC Leader Councillor Steve PARNABY [Con.] since early last year, has published a letter to Angus YOUNG of the Hull Daily Mail in response to its recent seemingly double-standards coverage of that part of the meeting of Full Council on 8th January 2018 which dealt, inter alia, with an apparently orchestrated salvo of Formal Complaints against Councillor Andy STRANGEWAY [Ind].

It is fair to state that the full animus of the East Riding Tories has been aroused by Councillor STRANGEWAY’s serial attempts to expose dishonesty, corruption and collusion between top Councillors and Officers, who are aware (or should be) that the imposed sanctions are unenforceable – but that was never the point.

The point, as one ERYC Tory has confided in me, was always to discredit Councillor STRANGEWAY in the press and media with a view to preventing his re-election in May 2019, and to signal that these shabby tactics are set to continue – because Councillor STRANGEWAY cannot be compelled to resign and could, in fact, only be disqualified, either by a criminal conviction resulting in a custodial sentence in excess of six months, or . . . his death.

I should think the pins are out at Beverley County Hall. 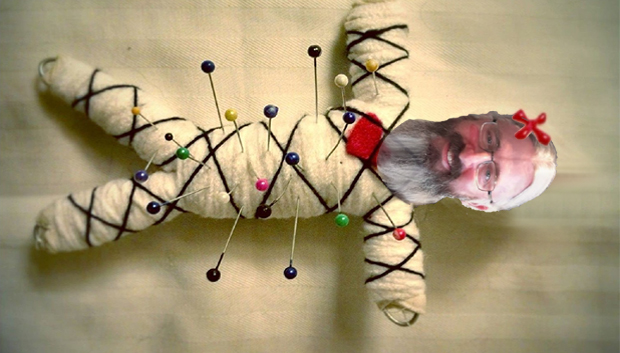 But the backlash against what, in my view, is a classic case of a dominant Tory hegemony resorting yet again to the kind of bullying and “brow-beating” attempted against the Enquirer – and already admitted to by Councillor Symon FRASER [Con.] (see video-clip, below) – is gathering momentum, as supporters of Councillor STRANGEWAY’s campaign rally to the cause – the cause being simply this:

To give an idea of the present levels of transparency and accountability; ERYC has disclosed in response to a Freedom of Information request, that in the period 24th August 2015 to 30th November 2017, 10 Formal Complaints were recorded against Directors and/or Heads of Service:

We can not identify what was upheld as this was not previously recorded.

The last phrase says it all – “this was not previously recorded”.

THE OUTCOMES NOT RECORDED? For crying out loud! That seems perilously close to an act (or series of acts) of purposive omission in order to evade recording findings of fault.

Not only that but this non-information took from 24th October 2017 to 12th January 2018 to materialise – about three times the statutorily required timescale of 20 working days. What it illustrates, however, is that transparency is certainly not at the forefront of ERYC’s agenda – and accountability is a mere pipedream in regard to the 10 Directors/Heads of Service who, whatever sins they may (or may not) have committed, somehow come away with a clean record.

What chance higher moral rectitude and less corruption in this climate? Two chances. Slim and none.

Clearly, there is plenty of work to be done. Hopes that the arrival of Caroline LACEY in the CEO role would signal a change in ethos – and image – have foundered as the pressure on the Leader and his good friend the Director of Planning & Regeneration has increased; Councillor Symon FRASER has revealed the methodology that is likely to have been brought to bear there. Uneasy lies the head that wears the crown.

So the attrition continues. Councillor STRANGEWAY’s announcement (that he holds a number of audio recordings which reveal exactly the sort of mores that positively must be eliminated from local governance) has sent shockwaves through the ERYC Tories, who are expected to have received a dressing down from Diane CLARKE, the Field Director of the North East, North West, Yorkshire & The Humber division of the Conservative and Unionist Party. When the extent of the accompanying documentation becomes known we can expect more pressure on PARNABY from his own greaters and betters. There is always a point at which the extent of the reputational damage to the party outweighs the standard imperative to close ranks. (One can picture CodHead’s interpretation – PARNABY at the edge of the cliff, back to the sea, weight on his heels, confronted by a phalanx of anti-corruption campaigners advancing relentlessly and remorselessly behind the tips of their extended rapiers and, darting between them, the lone, hooded figure of a faceless Tory assassin, shrouded in blue, thrusting a dagger beneath the despot’s fifth rib).

And so to Mr ROBINSON’s letter to Angus YOUNG of the Hull Daily Mail, reproduced below – in my view, his most injurious to Councillor PARNABY yet. And I happen to know that there is more – and more deadly – to come.