The Enquirer’s education and governance contributor MIKE WARD comments on the crossroads reached in Whitby education with the departure of the town’s two secondary school Headteachers – Keith PRYTHERCH and Sue WHELAN – concurrent with the departure of NYCC education supremo, Pete DWYER, Corporate Director: Children & Young People’s Services (CYPS), who was replaced in the post last summer by Mr Stuart CARLTON.

Postscript to the Final Chapter

Whitby seems (seemed?) to be arriving at the system of education favoured by a majority in the Community:

Yes, one of those schools does currently have a 6th Form and it may be able to provide some basic A-level options and re-sits going forward, but the writing is surely on the wall for the status quo.

Our students are voting with their feet and opting for the wider choices and opportunities outside of the Town for post-16 education.

Caedmon College’s future, as it now stands, must be in serious doubt.

We could see the Normanby site sold to provide the necessary building investment needed at Eskdale and, to a lesser extent, Caedmon School, Scoresby Site.

Keith Prytherch almost certainly saw the writing on the wall when he decided to take ‘early retirement’.

The Headship of an 11-16 school would have meant a salary/pension reduction in the medium term.

However when that ‘retirement’ was announced were other things afoot ? Or is that just too cynical ?

However, do events over the last couple of months mean change??!!

NYCC have ‘persuaded’ KP to take up the Executive Headship at Northallerton College and Risedale Community College.

A two-term promotion with maybe a pension enhancement?

Could he even be ‘persuaded’ to remain in that post?

The latest twist, announced last week, in the saga of secondary education in the Town is that Sue Whelan,Headteacher at Eskdale, has decided to take early retirement for family reasons.

She will be missed.

She has done a great job, not least in ensuring a very good Ofsted report and guiding Eskdale to become an 11-16 School.

She withstood the pressure from those who should have known better and goes with her head held high.

Everyone in the Town will wish her and her family well.

The Governors at both schools will now need to show leadership, standing strong in guiding their schools to successful outcomes in challenging and difficult times.

However, what part might the Officers of NYCC have to play in the deliberations going forward?

They should be, and hopefully are, working with both schools to ensure positive outcomes.

Adverts for two Headteacher’s should be appearing soon unless NYCC push for one appointment though the final decision rests with the Governors.

If one, who would that be?

Would KP come out of ‘retirement’?

If one new purpose-built 11-16 school was to be contemplated, the outstanding local candidate for Head would be Mark Taylor, but those funds are simply not available and no-one would wish a split-site school on him.

Could he be persuaded, however, to return to Eskdale now that it is an 11-16 school?

He would be welcomed with open arms by everyone and would ensure the required co-operation between the two schools.

The challenges to both Governing bodies cannot be underestimated.

Both now need excellent candidates and the right appointments.

There may be internal candidates ready to step up.

Some may have already shown they are more than capable, whilst others could well rock the boat.

Strength of purpose and great care is needed. 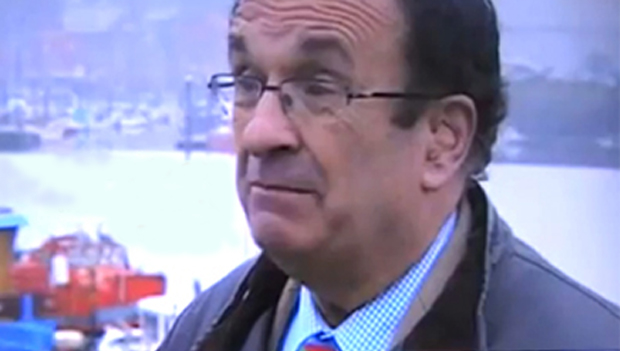 MIKE WARD – Former Chair of the Eskdale School Board of Governors

The above article was written before the press release from NYCC.

Cynicism was ill-founded as the governing body of each school is being supported by the County Council to appoint their own Headteacher and each school will retain a separate identity.

Great news to be welcomed by all.