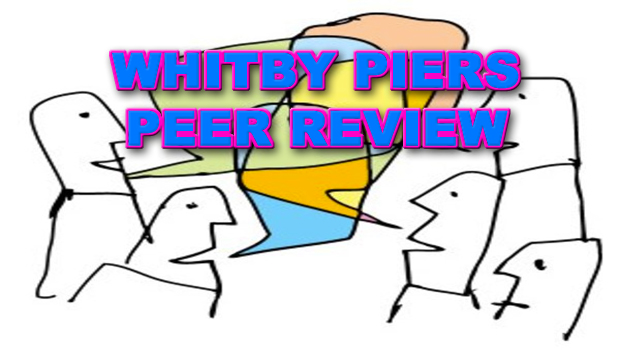 A Letter to the Editor from Mike WARD of Whitby. Mike writes as a member of the public. He is also a Scarborough Borough Councillor (UKIP) for Esk Valley ward. He offers the following insight into the grave concerns regarding the present state of the Whitby Piers and the financial performance of SBC.

Dear Editor,
Everyone will welcome any move to require the Government to back the restoration of the Whitby Piers, but it was unfair, as in last week’s Whitby Gazette, to blame the people of Scarborough or Tesco for the problems being experienced by Scarborough Borough Council.
The right to object to any development is democratic and should be respected. Tesco had their reasons for not moving ahead with that project, not least as they too have financial difficulties.
The root of the problem being experienced now has been the lack of an adequate maintenance budget in the Scarborough Borough over the last 10-20+ years.
Investment should have been made in what we have – rather than pursuing so many ill-conceived projects which have had, and are now having, serious financial repercussions.
Yes, SBC is making savings, but so much more could have been, and could still be, done.
The interim Essential Car User Allowance Report showed savings could be made and possibly extra income achieved. How much more could be saved if attendance at Conferences was reduced or cut from the budget entirely? An earlier report on the Parks Service also showed the savings that were achievable in this area. There has, however, got to be a willingness to change minds, attitudes and practices.
Yes, if SBC had received £10m from the sale of the Dean Road site there may have been some money for the Whitby Piers. But enough money? I seriously doubt it.
£3-4 million is now required to move the Scarborough Depot. This is in itself a cost that could have been avoided.
Then there is the Waterpark! SBC have agreed to take a £9m loan to assist the developer. This loan will have to be serviced and repaid. The ongoing viability of that facility will be called into question when expecting visitors to pay on average £18-25 a head to use it.
The Open Air Theatre is losing less money than it did but it will need further work. The finances and lack of profits in the whole Sands project is disappointing to say the least.
The Spa sea defences need money.
The Sports Village in Scarborough was going to be ‘cost neutral’ ( i.e. balanced by monies received from land sales), but this is now looking increasingly unlikely.
The Futurist is possibly set to be demolished with a new development taking place. Maybe fine in itself, but will SBC get the true value of the land? Will all costs fall on the shoulders of the developer rather than the Council?
Since the preferred bidder has a been announced more information has come to light, through the North Yorks Enquirer, re a £50k donation from them (the developers) to the Conservative Party.
A project still to be voted on – but to be closely watched.
So no, please don’t blame Tesco or the people of Scarborough for the errors of judgement being made by SBC and a majority of their Councillors, including many of those representing Whitby.
They too have to take some of the blame. They voted for the projects which have to be financed.
It is now a must that monies are found for Whitby Piers.
More common sense must be applied to local decision making.

Change is needed before it is too late.
No left or right politics but just right from wrong.
Regards, etc
Mike Ward UKIP