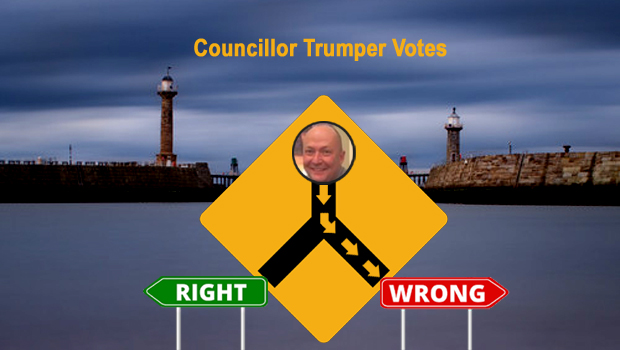 Enormous credit is due to Scarborough Borough Councillor Phil TRUMPER [Con.] (Esk Valley) for holding up his hands and admitting that the complexity of events during last Friday’s meeting of Full Council exceeded his powers of comprehension.

Readers will struggle to recall a more self-effacing act of transparency on the part of any Borough Councillor – let alone a Tory. Well done, Phil! 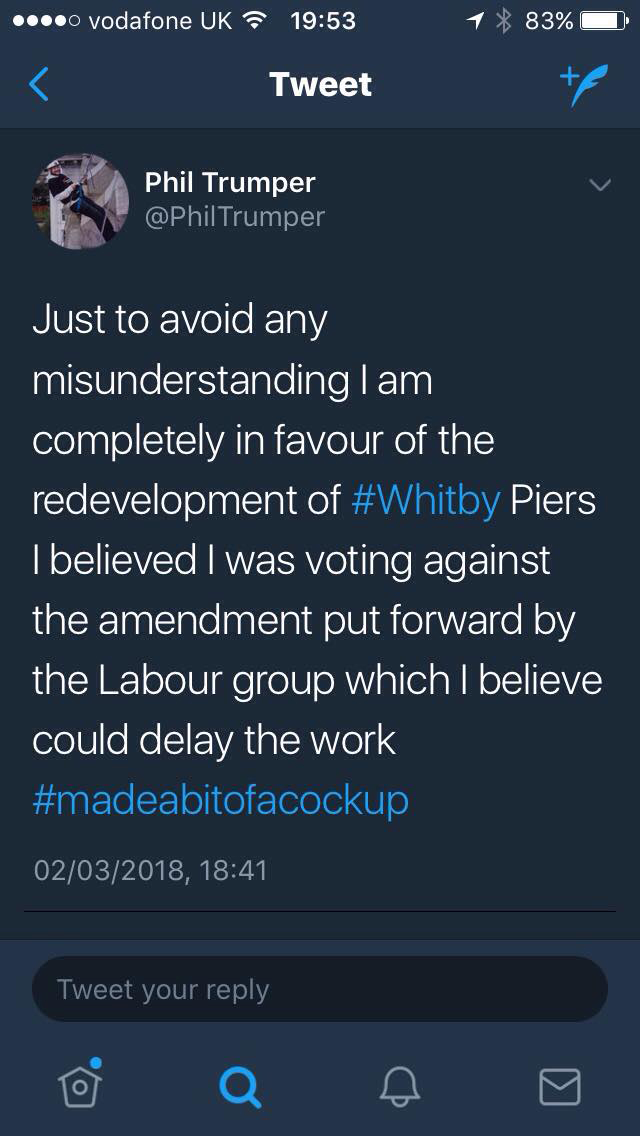 The above Tweet shows a marked improvement on some of Councillor TRUMPER’s earlier forays into the Twittersphere, notably when he fell foul of the Standards Committee in relation to some tasteless re-Tweets of derogatory comments regarding victims of the Grenfell Towers conflagration.

The context is that Whitby Piers are (at long last) to be saved from the ravages of time and the North Sea by a spectacular restoration project. At least, they will be saved – as soon as funds are identified.

Opposition Leader Councillor Steve SIDDONS [Lab.] was at pains, more than once, to explain the simplicity of his Amendment but some Councillors, including Councillor Mike COCKERILL [Ind.], struggled to grasp the purpose of (and necessity for) the Amendment, which was intended to clarify the methodology of the Council’s ‘begging-bowl’ approach to match-funding the restoration of the Whitby Piers – and similar future undertakings. It was almost as though the very notion of “accountability” was incomprehensible to everyone on the Cabinet side of the Chamber.

Councillor TRUMPER (it will be remembered) was the driving force behind the proposed two-storey toilet/cinema development in Church Street, Whitby – with its accompanying brain-cell recycling bank, where residents will hopefully be able to recycle unwanted brain-cells by donating them to the Scarborough & Whitby Conservative Association.

Fortunately, electors can be confident that Councillor TRUMPER will grace the Council for the rest of his natural life, given that the Esk Valley ward electors can be relied upon to return a Tory, however dim, so long as they have jerks in their knees.