Readers who have followed the long-running saga of Cottingham developer Peter ROBINSON’s attempts to hold to account the (coincidentally) retiring Leader of ERYC will be interested to read his latest public announcements – including the Information Commissioner’s Office (ICO) Decision Notice in relation to information which ERYC legal eagles have busted the proverbial gut to withhold.

1) Mr ROBINSON’s letter to Members of the Press, Ministers, MPs and Councillors of 26th February 2018,

2) Mr ROBINSON’s letter to Members of the Press, Ministers, MPs and Councillors of 27th February 2018,

It is interesting to note that the ICO Decision Notice is dated 22nd February 2018.

It was on this date that Councillor Stephen PARNABY announced his intention to relinquish the Leadership in virtue of his decision not to contest the May 2019 local election, stating:

“The time is right to move on. I will be 68 years old in 2019 and if I was elected again I would be 72 by the end of that term. It’s right that I step aside and allow someone else to pick up the reins.”

On that basis, a considerable numer of ERYC Tory Councillors are past their respective sell-by dates.

In my off-the-cuff opinion, Councillor PARNABY will be long gone before the May 2019 local elections. I could be wrong . . . 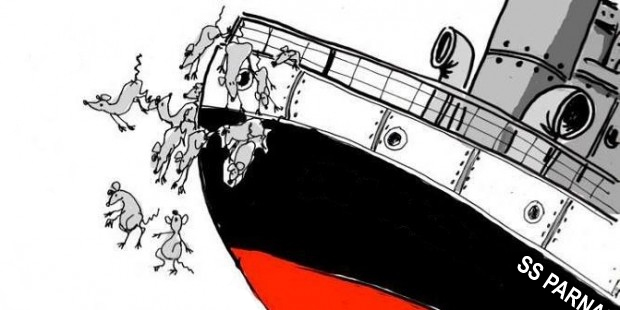