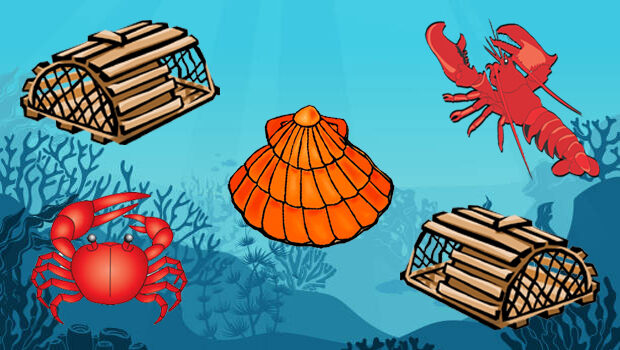 As 2021 approaches, Scarborough and Whitby fishermen, already confronting two major impediments to their trade (namely, the devastating effect of the COVID-19 pandemic on the hospitality industry which forms the backbone of their market, and the uncertainties surrounding their fishing rights, still in the balance of the BREXIT negotiations), find themselves caught up in the terms of a deal brewing between Scarborough Borough Council and Shell UK, in which the Council appears to be putting its own revenue prospects ahead of fishermen’s livelihoods.

Shell UK has acquired a licence to explore a relatively inshore ‘block’ of sea-bed extending from Scarborough to Whitby in search of commercially viable gas deposits, subject to which it proposes to install 5 sub-sea well-heads. The project is to be named after one of James COOK’s vessels – the Resolution – and interested readers are invited to review Shell UK’s ‘Information Briefing’ document, here.

Clearly, on a national scale, the success of this venture should be welcomed in terms of reducing the country’s reliance on imported gas supplies. It may even result in savings for end-users.

The immediate impact, locally, is that the licensed ‘block’ of sea-bed happens to coincide precisely with some of the richest crab and lobster fishing grounds anywhere on this coast – where Scarborough & Whitby fishermen ply their trade and earn their livelihoods.

Consequently, the fishermen are being pressed to suspend activities and withdraw thousand of pots from the sea-bed to clear a wide swathe for the forthcoming exploratory survey which is necessary to establish the potential viability of the ‘block’.

This exploratory survey involves seismic percussions, monitored by arrays of hydrophonic sensors towed between the surface and the sea-bed.

These sensor arrays are so long and wide as to necessitate the towing vessels executing massive ‘turning-circles’ extending as far as Runswick Bay in the north and Flamborough Head in the south, in order to run repeated passes over the designated ‘block’ – i.e. the crab and lobster fishing grounds.

In complete fairness to Shell UK, it should be understood that the company, recognising the extent of the disruption the project will impose, has consulted extensively with the fishermen and has offered them fulsome compensation for their loss of revenue and the removal and storage and replacement of their equipment.

In a dubious sub-plot, it has been reported to me that some fishermen, anticipating a tight deal, have placed hundreds of pots ‘strategically’, both within the ‘block’ and the much larger ‘turning circles’, presumably to beef up their leverage in the ongoing compensation negotiations. Coming from an SBC source, this could be misdirection.

Be that as it may, the question arises: where can the fishermen store all their equipment (pots, etc) while Shell UK cruises up and down the coast surveying the ‘block’?

Scarborough Borough Council’s position in this is (as always) financial. Fishermen pay berthing dues, wharfage, landing charges, parking. But the Council is not being at all co-operative when it comes to providing the fishermen with a secure location in which to store their gear.

Because the most suitable and convenient sites are the West Pier Car Park in Scarborough and the Endeavour Wharf Car Park in Whitby – both of which the Council intends to lease out to Shell UK for their vehicles, plant and other hardware throughout January, February and March 2021 – for as much as they can get. Greedy.

The word on the waterfont is that the Council has turned down tens of thousands of pounds per month for each Car Park – probably in excess of £100,000 for the total period total, plus compensation for the Council’s ‘lost’ parking revenue (even though parking in most Council CarParks is free in the off-season). Greedy.

Ironically, SBC will also claim compensation for loss of revenue from the shell fishermen based on the 3% currently charged – even though there will be no catch. Greedy.

A cash-strapped Council turning down revenue in these strange times is bizarre at best. It demonstrates once more, if further demonstration were necessary, the paucity of business acumen in the Council. Or is it that the Council is playing a game of bluff with the fishermen’s livelihoods?

At a time when the Council is bearing (some of) the cost of the COVID-19 response, it might seem like good business practice on the part of SBC to bring in whatever revenue it can (just like when SBC closed Endeavour Wharf in Whitby to rent it out to Jeremy CLARKSON’s ‘The Grand Tour’ production company – for an undisclosed sum), given that the country is in lockdown and both Car Parks are virtually empty and likely to remain so, at least until Easter.

But the question remains: where are the fishermen supposed to find secure storage for 4-5,000 thousand crab and lobster pots? 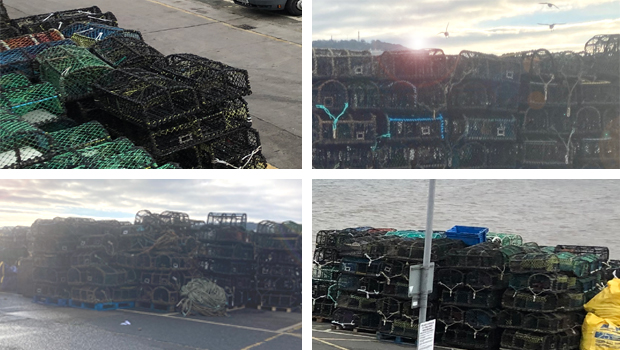 Rightly or wrongly, in the absence of any other practical suggestion by SBC – apparently the Council has refused the fishermen use of the West Pier Car Park (on grounds of Health & Safety and vermin control, plus the pots are ‘unsightly’) and refused use of the (lockable – and presently empty) underground Car Park by the Spa Bridge – the fishermen are piling their pots on the West Pier Car Park with the intention of packing it solid by the weekend. Civil disobedience, by any other name … or a legitimate protest against another nonsensical Council decision? 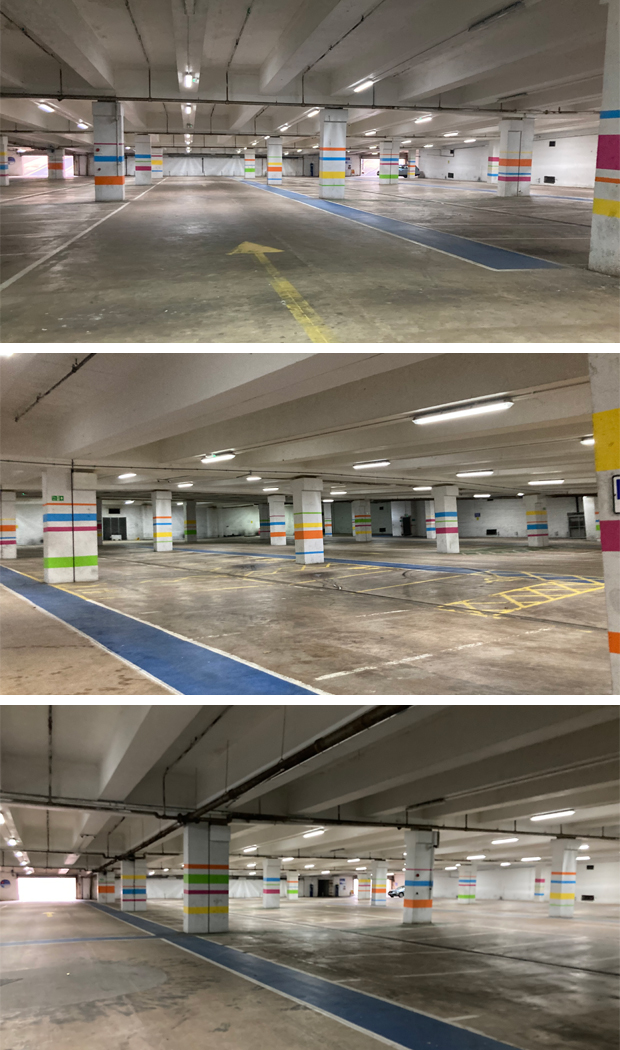 Readers will be aware, from ALLAN ROBERTS’ excellent coverage of the Hemingway Design ‘Masterplan’ for the regeneration of Scarborough Harbour, that the Council is promoting Scarborough’s fishing industry as ‘the best free show in town’. But crab/lobster pots are ‘unsightly’? Somebody needs to pull their head out of their sand-pits.

The SBC Portfolio Holder with responsibility for Harbours is Councillor Janet JEFFERSON [Ind.] – who is reported as stating (and has never denied the reports) that she knows nothing about Harbours. She is, however (or so it is reported to me) a prominent member of the South Bay Traders’ Association, Scarborough’s pre-eminent tourism lobby group – whose businesses benefit from the Harbour being touted as ‘the best free show in town’.

The SBC Director for Ports & Harbours is none other than the s.151 Financial Director, Mr Nick EDWARDS – one of the tails who wag the dog. 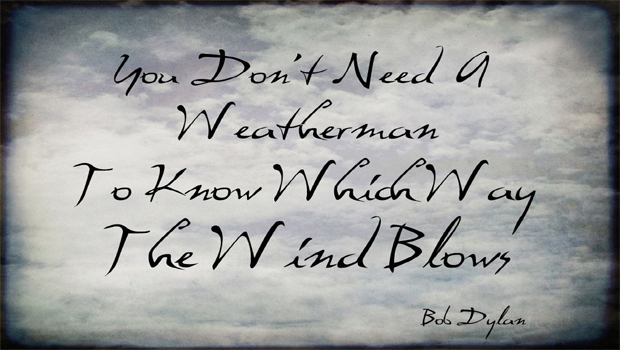