July 2021 saw the announcement that the Council would accept £486,000 funding from the Environment Agency (EA) to undertake a ‘refresh’ of the 2009 Scarborough Coastal Defence Strategy, making the total amount received, over the last 12 years, for sea defence surveys of the South Bay stand at over £1.3m, with little to show for it.

A search of the SBC website indicates that an earlier survey that formed the basis of the 2009 Scarborough Coastal Defence Strategy had shown that the Spa seawall was reaching the end of its working life, and that:

“The height of the seawalls were insufficient to prevent severe wave over–topping, which causes damage to the promenades and adjacent areas and presents a serious risk to people, vehicles, the promenade and associated infrastructure and public safety generally”.

As a result, in December 2011, the Council received £560,000 from the Environment Agency for further and more detailed investigations to help define the form and scope of the works required at The Spa to deliver a strategic solution.

By April 2012, the Council decided that the solution was to be in the form of a rock revetment in front of the existing seawall, and a new wave return wall along with slope stabilisation works. 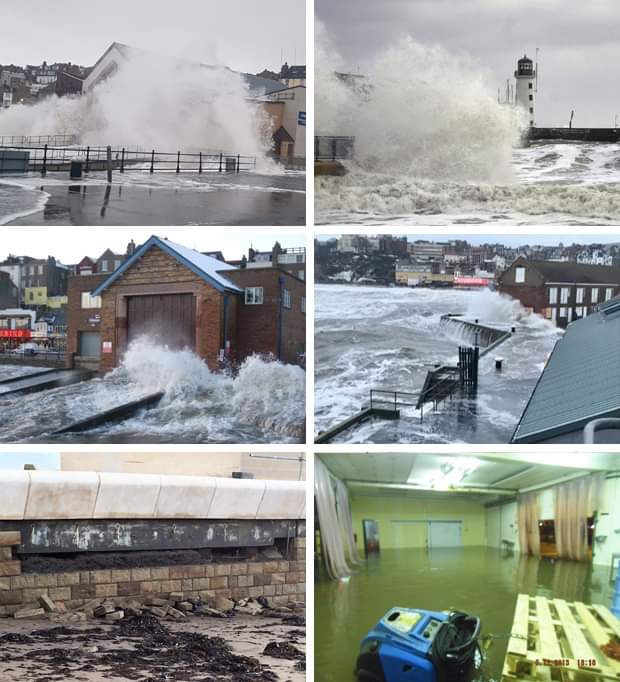 On the recommendation of the Principal Coastal Officer, Stewart Rowe,SBC accepted from the Environment Agency, a further £290,000 to undertake more detailed ground investigations as part of the Spa Sea Defence Appraisal and ongoing study of the project.

In March 2014, SBC considered a report by Stewart Rowe, which stated that:

“The existing defences along this frontage were not adequate, based on their anticipated structural performance over the next 50 years.

Wave over–topping is a significant risk along this frontage to people (risk to life), vehicles, the promenade and associated infrastructure.

With mean sea level expected to rise by some 0.85m over the 100 year appraisal period, wave overtopping problems are expected to increase significantly if nothing is done to manage the defences.

If nothing is done the condition of the seawall will continue to deteriorate, with increased undercutting at the toe, further voiding behind the seawall, displacement of masonry blocks and therefore continued de-stabilisation of the structural integrity of the wall. This will eventually lead to failure of the seawall and a localised collapse, which would quickly spread laterally”.

Despite the warnings contained within the report, the outcome was that the Council accepted the recommendation from the s.151 officer that the scheme was unaffordable, and that they should submit the completed study to the Environment Agency, to avoid the repayment of the £850,000 grants. 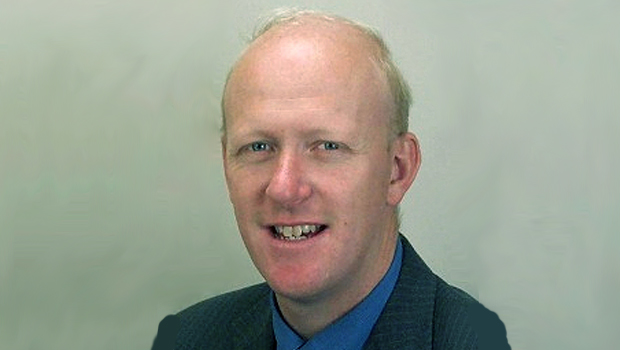 In short, the ‘Do Nothing’ approach was adopted, and since then SBC has spent millions of pounds on the Spa buildings infrastructure and, of course, £16m stabilising the Cliffs behind the Spa, all of which depend upon the Spa Sea Wall for their very existence and survival, and which the Council’s own Principal Coastal Officer, Stewart Rowe, has warned members as being in a poor state of repair.

To return to the present time, a 2021 Council report tells us that they have recently been awarded yet another grant, this time of £468,000, to ‘refresh’ its  2009 Coastal Defence Strategy, and the report timeline indicates that the new strategy will not be valid until it is submitted to, and accepted by, the Environment Agency in 2023.

The report clearly singles out one particular area for attention, thus:

“Specifically for Scarborough South Bay, particular attention will be given to

potential options imposed by existing infrastructure and businesses. This may

reveal opportunities to think creatively about planning and land use development.

The effects of climate change, and in particular sea level rise, and wave over–topping,  are critical in such considerations”.

It is no secret that SBC are presently rushing through a poorly thought-out, and unpopular £6.5m scheme to ‘regenerate’ the West Pier, which is, of course, within that area earmarked for specific attention to its sea defences. The reason for the indecent haste is the lame excuse that they may not meet the time-limit conditions for the funding of that scheme.

One West Pier tenant who expressed his environmental and planning concerns to his ward Councillor, Cllr Janet Jefferson, was given this response,

“Unfortunately the time–scales associated with the Towns Deal Funding, as determined by central Government, are tight and any delay may place the project at risk of losing this funding.

Both the architects and consultants are aware of the historical issues on West Pier with regards to over–topping and tidal surge.

They are aware that the pier is not made of solid ground and have been provided details of previous sink holes and voids. These will be taken into account in any proposed plans and the buildings will be designed to meet standards set by the Environment Agency for future sea level rises.

The Consultants are confident that they can alleviate some of the issues presented”.

My view is that the Council response can best be viewed as disingenuous and evasive.

If, as I suspect, the ‘standards’ referred to are the ones set by the Environment Agency, and derived from the last Coastal Defence Strategy findings, dated 2009, then they are 12 years old.

Therefore, those standards are woefully outdated, which is why the Environment Agency have awarded SBC £486,000 for a survey that will be used by the EA to update those very standards.

The Survey timeline indicates that although a new strategy is in  progress, it will not be submitted to the EA before March 2023, and is not expected to receive approval before September 2023.

Until such time as any new standards have been approved by the Environment Agency, then the present standards are outdated and unreliable.

The consultants choose their words carefully in the final sentence of their response, when they state that they:

“…are confident that they can alleviate some of the issues presented”.

‘Alleviate’ does not mean ‘eliminate’; it means ‘make less severe’ – and in any case only refers to ‘some’ of the issues presented, but not to all of those issues.

The West Pier has a long history of flooding as these images will confirm.

In excess of £1.3m has now been expended on a Coastal Defence Strategy that has largely been ignored, with no apparent improvements to sea defences around the South Bay or the Harbour.

Nor does the statement by the Councils Director of Finance, s.151 Officer Nick Edwards, who is also the Senior Officer with responsibility for Harbours, fill one with confidence that the sea defences of the South Bay are taken seriously, when he announced in March 2014 that,

I suggest that to go ahead with the West Pier scheme without a robust and up-to-date survey and flood risk strategy is irresponsible to the point of sheer recklessness.

In view of the blinkered approach to sea defences and predicted rising sea levels, perhaps the responsibility for spending taxpayers’ monies on the West Pier should be given to a more responsible agency.