Scarborough & Alcohol: What Is The Real Agenda? 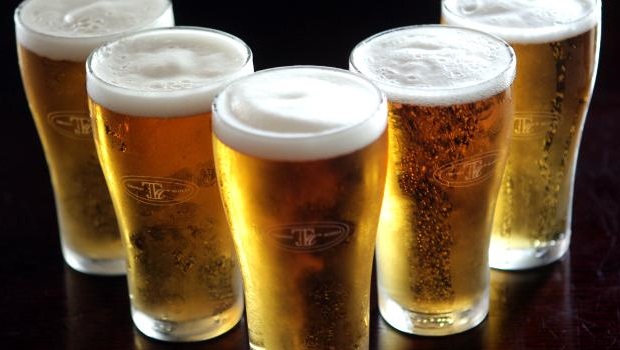 A series of articles has been run on the North Yorks Enquirer about the efforts of the North Yorkshire Police and Scarborough Borough Council, through their Safer Communities Partnership, to change the culture of alcohol consumption in Scarborough town centre.

The partnership have overseen the formation of a Joint Strategic Intelligence Assessment (JSIA), which pulls together information from various public sector bodies and third sector organisations to deliver the partnership plan. With regard to Scarborough’s night time economy, the aims of the partnership are to achieve reductions in:

The partnership has overseen the introduction of Alcoblow breathalysers to door staff on St Nicholas and St Thomas Street, even though the devices appear not to be fit for purpose. Door staff now breathalyse revellers on their way into the bars.

The partnership has also overseen the introduction of fingerprint and ID scanners to enable under-30s to gain ‘quicker access’ into the bars on St Nicholas and St Thomas Street. North Yorkshire Police have stated they will retain the fingerprints for use in detecting crime.

It is thought that a passive drugs dog will be introduced by the Safer Communities Partnership sometime in the not too distant future. Presumably, under-30s will shortly be sniffed up and down by the Police passive drugs dog, then breathalysed by door staff before they are allowed to use the fingerprint scanners to gain access to the bars.

The increased security at St Nicholas Street bars has not prevented a serious assault on Filey resident Jamie Cornish in the Blue Lounge on Sunday 14th September. Cornish was attacked from behind in the toilets by four men, one wearing a onesie, and left with a broken jaw needing emergency surgery. Despite CCTV covering the entire venue and the introduction of fingerprint and ID scanners, the culprits have not yet been caught.

Scarborough has recently secured ‘Local Alcohol Action Area‘ status, which means the Safer Communities Partnership can obtain additional funding from Westminster and the NHS to tackle alcohol issues. So what are the issues? North Yorkshire Police have stated:

“There are much higher concentrations of incidents now happening between midnight and 5am – much later in the night than in previous years – with the culture of “pre-loading” blamed by many.”

It doesn’t take a rocket scientist to work out that the relaxation of licensing laws by the Labour Party in 2006 are the cause of licensed establishments staying open later. The Police have recognised this and are keen to get licensees to close earlier. But no licensee will shut their establishment an hour or two before their business rivals on the busiest nights of the week.

North Yorkshire Police have also stated that night time economy crime has been reducing since 2010/11:

It seems North Yorkshire Police has been doing their job proficiently two years before Safer Communities Partnership was formed in 2012/13. Or perhaps the under-30s of today are more sensible in their drinking habits than the under-30s of a decade ago?

I find it strange that the town can secure ‘Local Alcohol Action Area’ status and all the central government funding that goes with it despite a four year reduction in the night time economy crime statistics.

Not all of North Yorkshire Police are singing from the same hymn sheet. With regarding to the night time economy, Sgt Rachel Wood, a member of the Scarborough Safer Neighbourhoods Team was recently quoted:

“We are concerned that more people are drinking irresponsibly and putting themselves in a vulnerable position as a result.”

“Pre-loading is not an issue that’s unique to Scarborough, but over the last 18 months or so, it does seem to be much more prevalent.”

“These extreme levels of inebriation are resulting in more anti-social behaviour, particularly on a Saturday night”

There were 551 reported incidents of anti-social behaviour in St Nicholas and St Thomas Street between February 2013 and July 2014. In the preceding 18 months, there were 563 incidents, so, a slight reduction.

Why do Sgt Wood and Sandra Rees, the council’s Community Safety Manager and Safeguarding Officer, appear to misrepresent the crime statistics? What is their real agenda? Are their positions or positions of their colleagues funded by the Local Alcohol Action Area money obtained from Westminster?

Is there even an alcohol problem in Scarborough that would merit Local Alcohol Action Area status?