The Scarborough & Whitby Labour Party are currently holding hustings to select their Prospective Parliamentary Candidate (PPC) for the May 2015 General Election.

Top of the list appears to be local Labour Party leader, Colin Challen. Challen was formerly Labour MP for Morley and Rothwell between 2001 and 2010. Challen, who is unmarried, stood down in 2010 due to boundary changes.

The constituency became Morley and Outwood in the 2010 General Election and Ed Balls was elected as MP. Earlier this year Balls, the Shadow Chancellor, was fined £900 and given five penalty points on his driving license after failing to stop after a crash outside a Labour club in the constituency. 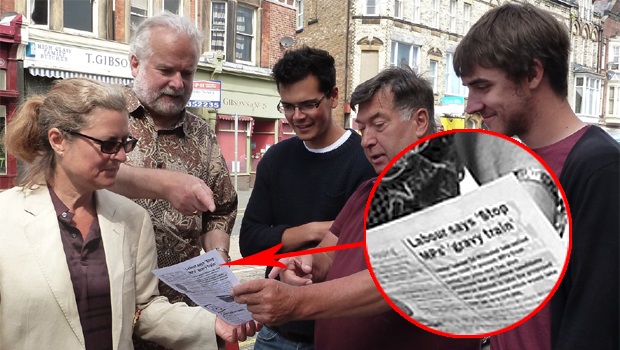 Controversy dogged Challen during his time as an MP due to questions raised about his expense claims. In 2001 Challen bought a flat in Pimlico, Westminster, for £175,000. In 2006 the flat was sold to Miss Tina Davy and Challen paid Capital Gains Tax on the £35,000 profit.

After the sale, Challen rented the flat from Miss Davy for up to 14 nights a month at £60 per night and claimed the expenses back from Parliament. For October and November 2007, the price rose to £70 a night. Challen stayed in a hotel after that and is quoted:

“I sold my flat because boundary changes had made my future as an MP uncertain and I had a buyer. I was able to rent from the buyer whilst I considered what my accommodation needs were, and did so at a considerable saving to the public purse.”

“I think all my claims have been justified and not only conform to their letter but the spirit of the rules.”

Questions were asked about the arrangement as Parliamentary rules about expenses, the so called ‘Green Book’, stated that the second home allowance must not be claimed for leasing accommodation from close business associates, partners or family.

Challen clarified the matter and stated that Miss Davy, his senior researcher, did not fall within the category of a business associate and was not a relative or partner.

In 2007 Miss Davy flew off with Challen to visit the European Space Agency in Frascati, Italy, whilst in March 2009, she attended the worldwide conference on climate change in Copenhagen with the MP.

Challen also jetted off to the South Pacific for a taxpayer-funded 16 day trip to the idyllic holiday destinations of Kiribati, Tonga, Tuvalu and Vanuatu between August 7th – 23rd 2009.

The reason for the ‘fact-finding mission’ to the picturesque parts of the world was ‘to promote the advancement of Parliamentary democracy by enhancing knowledge and understanding of democratic governance’.

After standing down from Parliament, Challen moved to the old town in Scarborough. In 2011 he was elected to Scarborough Borough Council to represent the Castle ward.

Challen was joined as a councillor on Scarborough Borough Council by Miss Davy in 2013 after being elected to represent the Streonshalh ward in Whitby.

Their rise in the Scarborough & Whitby Labour Party continued with Challen elected Leader of the party in May 2014 with Miss Davy joining him as Deputy Leader. 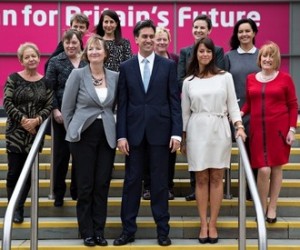 The photo featured at the top of the article is a curious one. In the days of Labour ‘all-female shortlists’ and ‘positive discrimination’ by all political parties, the local Labour party have missed out on a photo opportunity to showcase their new female deputy leader.

A photo of the Deputy Leader stood shoulder to shoulder with the Leader and prospective Parliamentary candidate for the forthcoming general election would attract votes.

In the picture above, Labour Party Leader Ed Miliband shows the Scarborough and Whitby Labour Party how a photo opportunity should be taken. You’ll notice that Harriet Harman, Miliband’s Deputy, isn’t at the back hiding behind one of the Eagle sisters.

The more inquisitive eyes will be drawn to the home addresses of Councillors Challen and Davy. People will wonder if they are an item and how long they’ve been an item. They have been living in the same house for over a year and are regularly seen attending local functions together. Did love blossom in St Nicholas Street or Parliament?

The more astute among you will see that Councillor Davy’s home address has very recently changed and has moved just along the end of the road. Has there been a parting of the ways and a split in the local party? 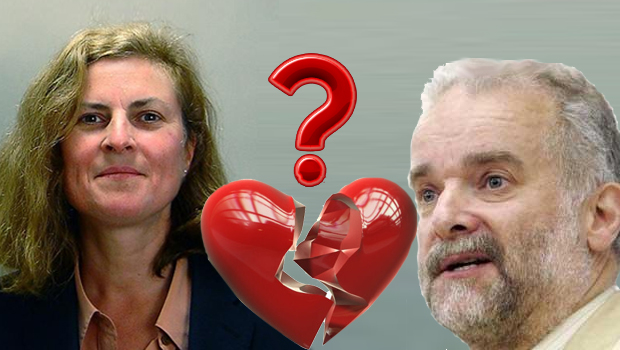 If Challen is selected as PPC, one begins to wonder at the wisdom of the local Labour Party in selecting what could be perceived as a tainted brand to lead them into the next general election. Surely a candidate with a clean slate would have been the best option?