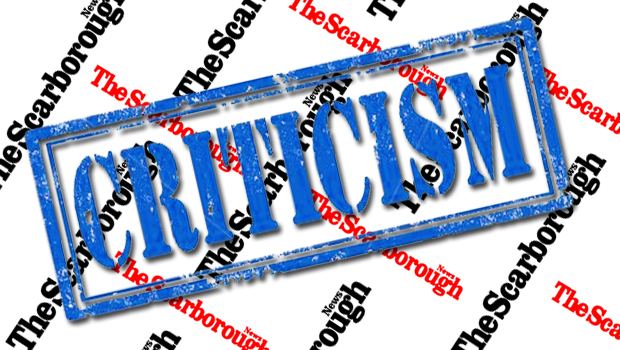 In the wake of the Ben MARRIOTT corruption allegations and the serious questions raised regarding unseen aspects of the Futurist Theatre demolition proposals, local paper The Scarborough News has again published pieces questioning the motives and methods of Scarborough Borough Council – including a letter from a member of the Fylingthorpe public calling for the resignation of CEO Jim DILLON and Leader Councillor Derek BASTIMAN [Con.].

This continues a welcome sea-change in the way the newspaper covers Council affairs. 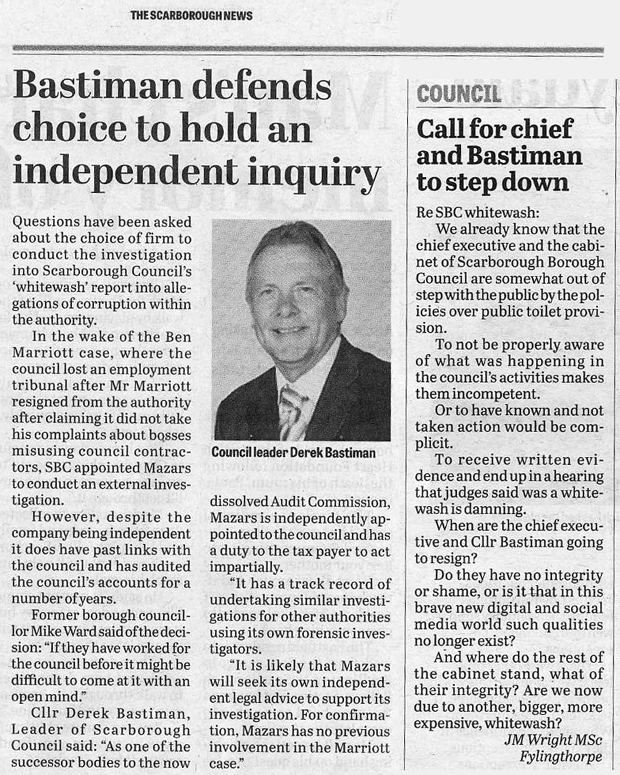 Silence continues to reign supreme over the summary dismissal from both the Cabinet and the Police & Crime Panel of Councillor Michelle DONOHUE-MONCRIEFF by the Leader, with no public word on her suspension (insensitively instigated by Tory Group Leader Councillor Joe PLANT [Con.] – on World Mental Health Day!) from the Conservative Group – though this has a significant impact on the minimal Tory majority of 26:24 seats on the Council, reducing it to Even Steven. 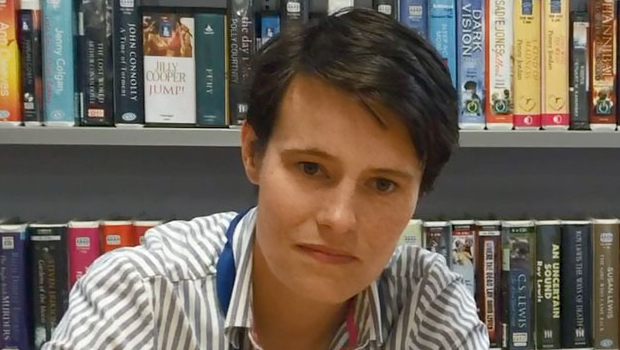 An expert on Conservative Party membership regulations has confirmed that Councillor Michelle DONOHUE-MONCRIEFF is presently entitled to take her seat as an Independent Conservative [Ind.Con.] – NOT subject to the Tory Whip.

However, the SBC website still lists Councillor DONOHUE MONCRIEFF as a Conservative – which suggests that Officers may be wittingly colluding in preserving the appearance of a political majority which may no longer exist.

With two or three other Conservatives suffering serious health issues, this may form part of the explanation for the unexpected removal of ‘The Great The Futurist Debate’ from the Agenda for next week’s meeting of Full Council.

Furthermore, Councillor BASTIMAN’s popularity and support amongst the Conservative Group is at an all-time low following a series of inept actions and omissions.

Councillor Derek BASTIMAN [Con.] has yet to respond to calls for a public apology to the victims/survivors of predatory paedophile and former Scarborough Mayor, Councillor and Alderman Peter JACONELLI [Con.] – though his opposite number at North Yorkshire County Council – Councillor Carl LES [Con.] published his personal apology a year last August (2015) and Assistant Chief Constable Paul KENNEDY of the North Yorkshire Police did so in December 2014.