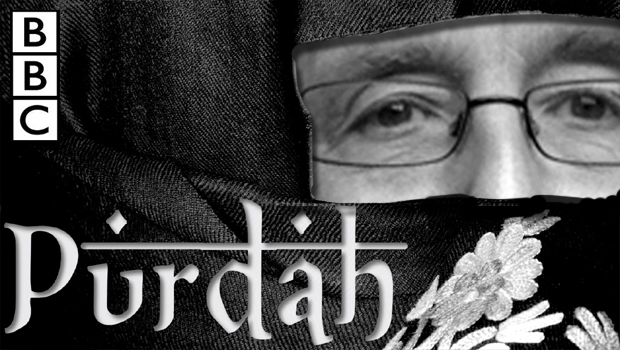 Deputy leader of the Labour group on Scarborough Borough Council (SBC) Cllr Tony Randerson has been using public sector resources during an election period to campaign for the Labour Party at the General Election.

Randerson transgressed the pre-election period rules known as Purdah, which specifically prohibit elected officials and officers from using public money or public sector resources to campaign for a particular party. 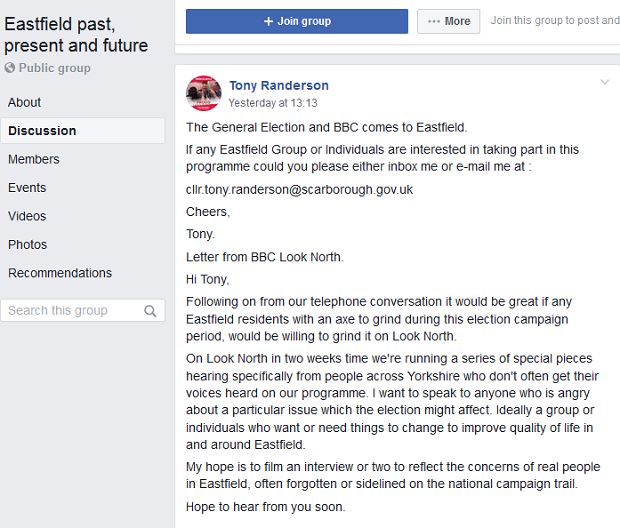 Allegations of BBC bias will follow as the communication from BBC Look North makes it look as if they are blatantly using a Labour Party activist to vet opinions to push what will likely be the usual BBC narrative.

If BBC Look North go ahead and run the piece in a couple of weeks, I would imagine it will be replete with mentions of twelve years to live because of apocalyptic climate change, Toreeeee Austerity, Donald Trump buying the NHS, Donald Trump will increase NHS drug prices or other such ‘progressive’ nonsense.

A large number of other SBC councillors were canvassed and they had not received any similar communication from BBC Look North. It appears the BBC want to concentrate on Eastfield as it is a Labour stronghold.

All three main opposition parties on Scarborough Borough Council have lodged a complaint with the Council’s Monitoring Officer asking for the Electoral Commission to take a closer look at Cllr Randerson’s activities as it appears Cllr Randerson has been colluding with BBC Look North to give Labour an electoral advantage.