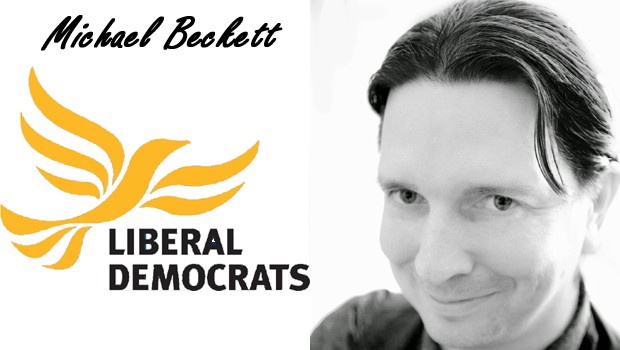 A Letter to the Editor from Michael BECKETT – the Liberal Democrat Prospective Parliamentary Candidate for the Scarborough & Whitby constituency, introduces himself and presents his case for election.

I appreciate the opportunity to introduce myself in a letter to your readers.

I had the pleasure of meeting Abigail, my wife of 14 years, whilst we were at University. I was studying Politics and Economics at the University of London, and she was studying Archaeology. I thought seriously about going into politics at the time, but I disliked career politicians who lacked any real world experience, so I determined to work hard in a variety of areas in order to learn better how things really work.

I have been open about problems that I experienced as a child from abuse, and that they caused me quite some difficulties for some time (for more on my background libdems.org.uk/Michael_Beckett ). Recovery motivated me to help other people resolve their problems, especially to speak truth to power and to stand up to people in authority. I try to do this in a constructive way, picking my battles in order to get the best results for people.

Having been a Citizens Advice Bureau Manager, I have often helped people overcome practical problems. Having worked as a nursing assistant in the NHS in mental health, and later run a mental health charity, I know that mental wellbeing is just as important as physical health in order to prevent problems from re-occurring. I believe in treating people with respect. I believe in giving people a chance to do the right thing. I believe politics is about solving problems, and most of the time, people aren’t very bothered about politics, unless they encounter a problem.

It is always important to ask, who funds a politician’s campaign? Whoever it is, be it trade unions or millionaires, those who provide the money tend to control what gets done. Liberal Democrats are proud to rely on local fundraising.

The Liberal Democrats believe that putting people first and releasing them from the problems that hold them back enables them to be free to seek to achieve their potential and to live a more fulfilling life! It also sets us apart from the other parties, whose very constitution quite pointedly, don’t start with a statement of values, but instead of power and existence. The Labour and Conservative parties’ constitutions put serving themselves first, and, within the first two points, state that everything else is clearly secondary to the main purposes of existence and power. Whereas the Liberal Democrat constitution begins:

Our statement of values is about making things better, to help people. It is not about existing for power or political might. I for one, would rather lose and do the right thing, than win and do the wrong thing. In order to build the free, fair and open society of our ambitions, to keep it safe, and free for people to be who they could be, we have to be able to actually do something about it. Our values are for putting into action. Striking a moderate sensible balance on emotive issues is a big challenge, and with the tension between values, differing peoples’ views and our mutual interdependence, a compromise is often the least worst solution.

I wish to thank the North Yorkshire Enquirer, and the citizen journalists that they work alongside, who have uncovered truths, held people wielding power to account, and challenged a culture of secrecy – particularly Nigel Ward.

I invite you to keep up to date with what I am doing on different social media platforms. I am Likeable on Facebook.com/MichaelBeckettEsq and followable on twitter.com/Mike_Beckett . Soon we plan to start a staggered launch of policies on the the about to be launched webpage MichaelBeckett.4MP.org.uk which will be updated with policies throughout the campaign.

For a fairer society, we need more straight talking, no nonsense people, people who are not afraid to see or speak the truth for fear of offending, people getting involved in politics to bring real change. I ask you to join me in voting for Liberal Democrats and putting local people first.

Liberal Democrat Parliamentary Candidate for the people of Scarborough, Whitby & the Esk Valley. 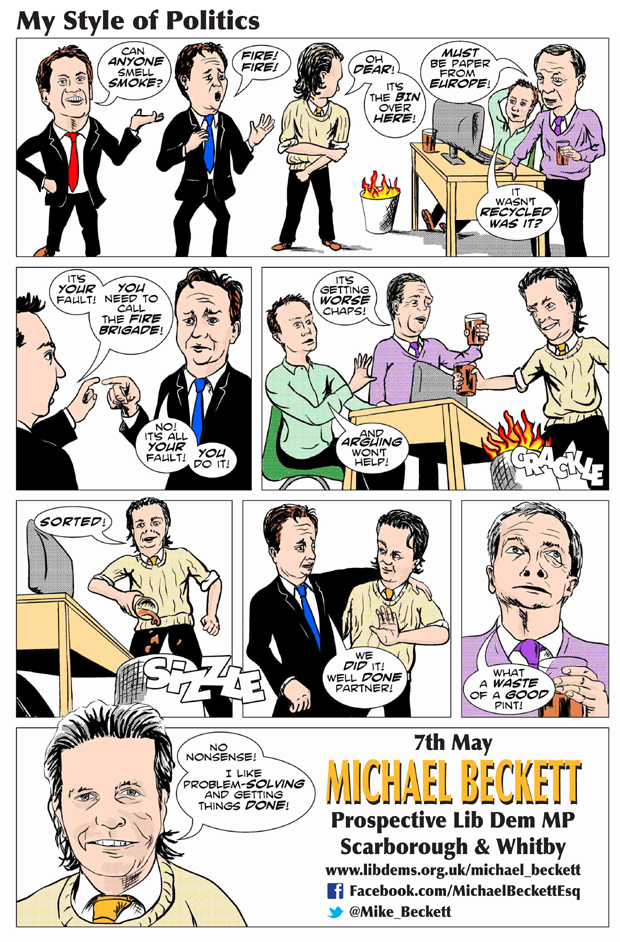 [Legal imprint: Hosted by North Yorkshire Enquirer, promoted and published by Bob Jackman on behalf of Michael Beckett and the Scarborough and Whitby Liberal Democrats, all at 3 Brierley Road, Crossgates, Scarborough YO12 4JS.]