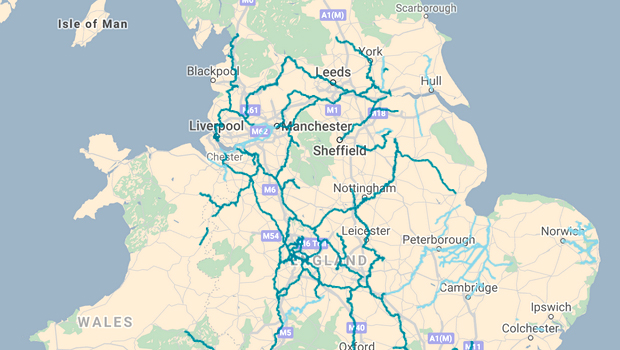 5.3. The other Northern and Midlands Cases

The North Yorks Enquirer (NYE) has been running a series of articles on convicted serial killer Christopher Halliwell, to assess the wider range of crimes he may have committed in North Yorkshire and beyond.

Serial killers prefer to operate in areas they are familiar with and know their way around. It follows from this piece of human psychology that to assess other crimes committed by Halliwell, it is necessary to identify where he lived and was familiar with, and then compare his modus operandi to unsolved crimes committed in those areas. To illustrate the complexity of this task, please see here a similar investigation by former Sussex Police Detective Constable Mark Williams-Thomas, into serial killer Peter Tobin.

Halliwell lived in several addresses in Swindon, the Liverpool area and Northampton. He may also have stayed with his father in the Huddersfield and York areas.

Halliwell had many jobs, including window cleaner, builder, ground worker, chauffeur, taxi-driver and bin man, his hobbies were narrow boating and fishing. These activities took him all over the country, giving him a good knowledge of many Northern and Midlands cities and the area around them. Consequently his geographic knowledge and area of operations was enormous; centered not just on Swindon, but along the canal network, at fishing spots and locations he worked at.

Adding to the complexity of this investigation, Halliwell was forensically aware. He changed cars regularly and destroyed forensic evidence whenever possible. He had also been a car thief and could steal cars to commit crime if he wished. The authors believe that he deliberately varied his modus operandi and abducted victims in one force area, then depositing the body in another. Thereby complicating the police investigation and making it more difficult for police intelligence analysts to link his crimes.

The authors have analysed Halliwell’s modus operandi, based on the circumstances of Halliwell’s two known murders [Miss Becky Godden-Edwards (Case 24) and Miss Sian O’Callaghan (Case 28)] and two deposition sites at Ramsbury Wilts. This has been compared to unsolved and undetected crimes in areas he was familiar with. This analysis is summarised below, in tabular format:

All of the cases considered in this article comply with Halliwell’s modus operandi, potential geographic area of operations and victim selection criteria.

Because of the size of this investigation, the NYE is covering it in a series of articles:

The authors believe the two Manchester City Centre cases are linked to a series of murders and suspicious disappearances occurred in the quadrilateral shaped area defined by Liverpool, Rainsford, Leigh and Manchester, which may have been committed by Stephen Halliwell. They fall into three distinct groups:

Greater Manchester Police (GMP) and Merseyside Police have never formally linked any of these cases. Murderers Duncan McLuckie and David Smith have been interviewed in connection with the murders of Linda Donaldson and Maria Christina Requena, but not charged.

The victim of this murder has never been identified. Her body was discovered by builders in Manchester City Centre. She had been badly beaten, then partially stripped wrapped in carpet and dumped in the ‘Angel Meadows’ area of Manchester. Construction workers discovered the body in 2010. A shoe was taken possibly as a trophy.

Greater Manchester Police (GMP) have established the following about her:

Scientists have recreated an image of her face and it is shown below: 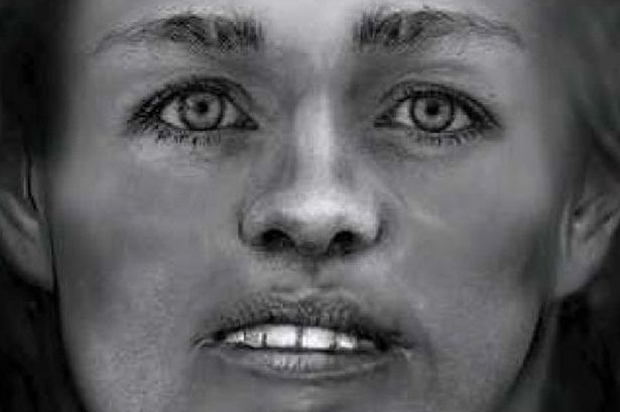 The Angel Meadows body – Do you recognise her?

She was thought at one point to be Helen Sage (Case 18) but this possibility was eliminated. BBC Report here.

Why the authors believe Halliwell should be considered as a suspect

GMP have considered killers Ronald Castree and Peter Tobin and serial rapist James Lloyd as suspects, but they have not been charged.

Julie Jones was a prostitute and mother of two, whose naked body was found under bushes at Shudehill, Manchester, six days after she was reported missing on the 3rd of July 1998. She had suffered crush injuries to her chest.

At the time, police did not link her disappearance with missing prostitute Helen Sage, (Case 16), who was last seen in Manchester’s red light district in August 1997, although it was recognised that there were similarities. (Covered in the NYE article “Is Halliwell the East Lancs Ripper”), because of its similarities to other offences in the Liverpool/Rainford/Leigh/ Manchester Quadrilateral.

Manchester Evening News report with more information, details of the reward of £50,000 and the police appeal here.

In response to a media enquiry from the NYE asking GMP to confirm if Halliwell had ever been considered as a suspect in any of these cases, the GMP Press Office stated:

“We never confirm or deny the names of suspects or where they are believed to have lived, in accordance with national policy.”

Dawn Shields was a prostitute who disappeared on Friday the 13th of May 1994, while working Sheffield’s red-light area at Broomhall Road. She soon attracted one client who picked her up in a cream-coloured car. Dawn charged between £15 and £25 pounds and did not allow her clients to linger. By 12.45am, she was seen back on Broomhall Road and getting into a dark-coloured hatchback.

On the 20th of May 1994 Dawn’s body was discovered by a National Trust warden who was test-driving a four-wheel drive vehicle over the grassy hill of Mam Tor, a peak near Castleton in the Peak District, 18 miles from Broomhall Road. It was naked and had been partially buried and concealed with rocks and debris. Dawn had suffered severe head injuries and was strangled. Police believe her body may have been buried for up to a week and subjected to a week of persistent rain, which effectively destroyed any forensic evidence.

Police searched the hillsides for the black mini skirt, see-through black blouse, black bra and ankle boots she was wearing when she died. Police believe she was killed elsewhere before her body was taken to the remote Mam Tor and hidden. They were unable to trace the owner of the hatchback.

‘It was only luck that her body was discovered so soon. It was some 150 yards off the road and there was a barrier to stop cars because the road was subsiding. The area is popular with walkers but the week before had been very cold with torrential rain. We have failed to trace the owner of the hatchback. He would probably have been her last client because Dawn liked to get home by 1.30am to take over from her babysitter.’

The offender had abducted Dawn Shields in one police force area (South Yorkshire Police) and deposited her in the adjacent Derbyshire Constabulary area.

At the time, police considered links with the murder of Dawn Shields (Case 9) above

Why the authors believe Halliwell should be considered as a suspect in both murders:

In response to an enquiry from the NYE, a South Yorkshire Police spokesperson commented:

“Our Major Incident Review Team revisits all of the Force’s historic murder investigations bi-annually, to establish any new lines of enquiry and allocate dedicated resources to look in to these.

Our reviews are extensive and look at all the information we have obtained through our enquiries to date. Reviews can be quite a lengthy process however any relevant and significant lines of enquiry in this investigation will be pursued.

We would always encourage anyone with information, no matter how insignificant you think it might be, to please contact us on 101 or call Crimestoppers anonymously on 0800 555111.”

Lindsay Jo Rimer was thirteen years old when she disappeared on 7th November 1994. The last sighting of her was CCTV doing some shopping in the Spar shop at Crown Street, Hebden Bridge, West Yorkshire. She was reported missing the next day. Despite searches, no trace was found of her. There was local speculation that she had been unhappy at home and may have run away.

On the 12th of April 1995 Lindsay Jo Rimer’s body was found by two canal workers in the Rochdale Canal, about a mile upstream from Hebden Bridge. It was weighed down with a boulder. She had been strangled. BBC report here. There were no signs of a sexual assault.

The murder of Lindsay Jo Rimer is very similar to the murder of fourteen year old Caroline Glachan in August 1996. Both were found in a waterway a mile away from home, having disappeared late at night. Both victims were in their early teens.

Unusually a retired detective from Cleveland Police has criticised the West Yorkshire Police investigation for not considering a suspect he had indicated to the investigation.

The body of Wolverhampton prostitute Janine Downes was found on the 2nd of February 1991, dumped behind a hedge on a lay by on the A464 Shifnal to Wolverhampton Road. She had been strangled. Her body was naked from the waist down and some of her clothes were not recovered.

Philip John Smith and Alun Kyte were questioned about the murders, because they had convictions for murdering prostitutes.

In response to an enquiry from the NYE, a spokesperson for West Mercia Police confirmed:

“The case of Janine Downs is still under investigation and we would urge anyone with information to call West Mercia Police on 101. Alternatively, information can be provided anonymously to the independent charity Crimestoppers on 0800 555 111.

With regards to Christopher John Halliwell, our policy is to neither confirm nor deny the identity of anyone under investigation.”

Barmaid Sharon Harper went missing just after she left her work as a barmaid at the Market Cross pub in Westgate, Grantham at midnight on Saturday the 2nd of July 1994. Like Julie Jones (Case 20) and Michaela Hague (Case 22), Sharon Harper’s body was found in a car park. Her body was partially concealed with ornamental shrubbery; she had been beaten about the head and strangled. She had sex before she was killed.

If you think you can add to our analysis, please contact the NYE using our e mail address: news@nyenquirer.uk. All information will be treated in the strictest confidence.