I bought “Catching a Serial Killer” to continue my research into the disappearance of Miss Claudia Lawrence in York.

Having read the book I felt “Catching a Serial Killer” was such an important work that I wanted to review it. However, it is a much weightier work than could be covered, in a one-thousand-word book review, so the NYE agreed to cover it in a series:

The book is 387 pages long, with no illustrations or maps. It is written in 63 chapters in two separate and very different parts:

Fulcher starts by describing his personal life, his career in the police force and his love of policing. It describes Fulcher’s role as Director of Force Intelligence for Wiltshire Police while simultaneously holding down an additional role as one of the Senior Investigating Officers (SIO) for the joint Avon and Somerset Constabulary and Wiltshire Police, Major Enquiries Team.

Fulcher then describes the process around the initial missing person’s report being received, how the Wiltshire Police force control room handled the call, assessed it as a potentially serious incident. After a fruitless search, the case was classed as a Level 1 Missing Persons Enquiry and then escalated again, by calling out the on call SIO (Fulcher) from home.

Fulcher describes the briefing he received and the importance of the actions taken in the “golden hour”. The first sixty minutes of the investigation. He is fulsome in his praise of the control room staff for the way they handled the incident. This phase of a Category A Enquiry is described very well.

The next section of the book describes the conduct of the major criminal investigation. I had no idea how complex and structured it was. The role of the Senior investigating Officer in a major investigation is well portrayed by Fulcher. As are his initial deductions and initial actions, culminating in the first briefing to the investigating team, his decision to declare it a Category A Enquiry and his briefing of the Chief Constable. He then narrates in detail all of the steps that have to be taken in an enquiry of this size and nature:

Fulcher also stresses his determination not to have the investigation disrupted by changes in the SIO, citing the example of a failed investigation that had five SIOs in five days. It is clear that he was determined to ensure continuity of the command team and to drive the investigation without any unnecessary distractions. Throughout the book he emphasises the need for the SIO to get control of the investigation straight away and drive progress and narrates how he did this. A few quotes to give the flavour:

“The prime responsibility of the SIO on a major crime enquiry is to devise lines of enquiry for your team to follow.”

“The first 96 hours of any enquiry are crucial.”

“My job was to get people focussed and enthused”

Fulcher then narrates the investigation day by day, blow by blow. The process of applying additional resources and techniques to the investigation as it developed and the emotional highs and lows are well described:

And so it went on until a short piece of CCTV showed Miss O’Callaghan being picked up. Fulcher describes why he (correctly) deduced that this was film of her abduction from a small section of CCTV. The first major breakthrough in the enquiry.

ANPR information from a passing traffic car identified the vehicle that Miss O’Callaghan had got into. After cross checking with the PNC it gave the name of the owner Christopher John Halliwell. 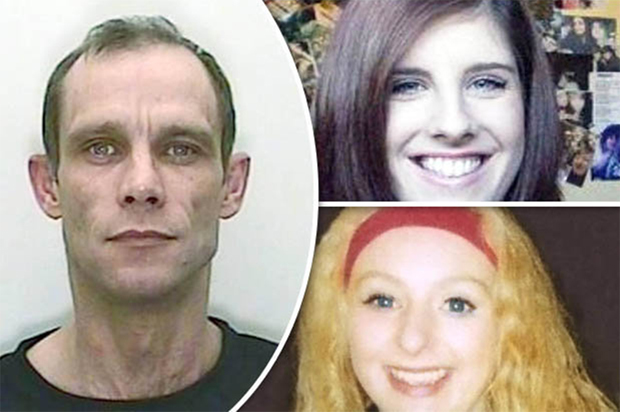 At this point, as SIO Fulcher faced an enormous dilemma:

“As the SIO, it was my job to direct the focus of the investigation. To date, we’d had so many lines of enquiry that even with the enormous team now working on the case, we were really up against it to work through them all.”

Rather than carry on pursuing all lines of enquiry, Fulcher describes the thought process behind his decision to focus his resources on Halliwell, as the prime suspect and ordered that Halliwell be placed under covert surveillance.

Here it is necessary to describe another huge issue for the investigation. Miss O’Callaghan’s disappearance was a “crime in action”:

Fulcher emphasises his determination to try and recover Miss O’Callaghan alive. A human can only live for 72 hours without food and water. Throughout the investigation Fulcher proceeded on the basis that Miss O’Callaghan was still alive and been dumped somewhere. After the passing of the 72 hour point, he proceeded on the basis that the victim was still alive but being held against her will and that her captor was taking food and water to her. This drove his decisions and actions and helps explain the subsequent events.

The surveillance operation is well described. It involved a twelve car surveillance team using a technique called Pivot Peripheral Surveillance and a Covert Rural Observation Post (CROPs) team of specially trained police officers in camouflage kit. Throughout, Fulcher was trying to pressurise Halliwell to return to the location where he had left the body or was keeping Miss O’Callaghan hostage. The methods he applied to put Halliwell under pressure to do this through media manipulation and interaction with undercover police officers –which were stunningly successful- are clearly described as is the evidence that was obtained from the surveillance.

Detectives reported that when they met Halliwell on the pretext of a routine interview because they were questioning all the taxi drivers in Swindon, that his hands were shaking and he was close to crying. This raised another dilemma; the possibility that Halliwell may commit suicide because of the pressure Fulcher was exerting. The police also had a duty of care to Halliwell. If he committed suicide, Fulcher would be culpable for his death. The agonising over whether to arrest Halliwell when there was only a weak case against him, or wait, accept the risk of suicide and see if he would take them to the victim is well described. In the event, Fulcher took the decision to continue with his strategy of pressurising Halliwell and keeping him under surveillance hoping he would lead them to Miss O’Callaghan. Accordingly he resisted the pressure to arrest him.

In fact the victim was already dead. The tactics of pressurising Halliwell to visit Miss O’Callaghan had worked brilliantly. Halliwell visited the site where he had left the body and then moved it to a second location, which was unknown to the police. Unfortunately this was during a period of an hour and eight minutes when surveillance of him had been lost.

Surveillance reported that Halliwell had visited a chemist and bought an overdose quantity of SleepEase and paracetomol and that forced Fulcher’s hand.  He ordered the surveillance team to arrest Halliwell, to prevent his suicide. This was to prove the most controversial aspect of the operation and undoubtedly led to the conviction of Halliwell for two murders and his sentencing to a full life term and the destruction of Detective Superintendent Fulcher’s career. Because of the issues it raises, this part of the book is covered separately in the first part of the Christopher Halliwell series, “The Breaking of Detective Superintendent Stephen Fulcher”, which can be read here.

Fulcher describes the process of identifying the second body, which had been buried without hands, feet or head. DNA evidence eventually identified the second body as that of Becky Godden-Edwards, who had not been reported missing because her family believed her to be alive.

The following actions were undertaken:

All of which are clearly described.

However, because Fulcher breached the provisions of the Police And Criminal Evidence Act 1984 (PACE), believing his actions were appropriate under the circumstances of a “Crime in Action”. The trial judge disagreed with his decision on this and ordered that as a consequence of Fulcher’s actions Halliwell could not stand trial for the murder of Miss Becky Godden-Edwards. This led to the destruction of Fulcher’s police career, disciplinary action, and withdrawal of his recommendation for the Queen’s Police Medal, the collapse of his health and marriage, self-recrimination and ultimately his resignation from the police service.

Finally it describes his triumph and vindication as a new judge admitted the evidence previously ruled inadmissible, resulting finally in Halliwell’s conviction for a second murder and sentencing to a full life term in prison; thereby permanently protecting the public from him. 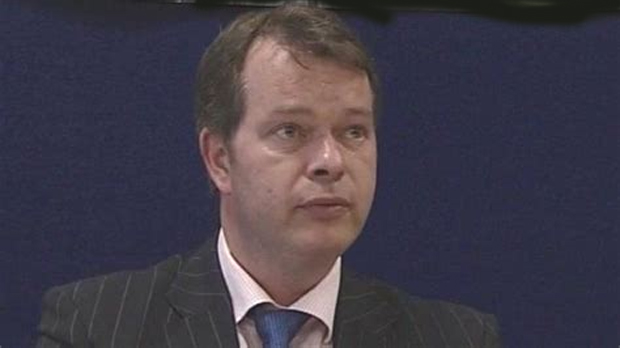 Former Detective Superintendent Stephen Fulcher “a man of integrity, whose achievements not only enhanced the reputation of Wiltshire Police but upheld and demonstrated the best traditions of British Policing”

Fulcher has no difficulty in either describing the issues and processes involved his emotions and thoughts and how the case affected him, and other members of his team. I found his concern for the victims and his description of his own mental state as his career and reputation were destroyed open honest and very moving.

I felt the book would have been better with a map of Swindon and another of the surrounding area, to give the reader an understanding of the areas and routes covered. But this is a nice to have and does not detract at all from the value of the book.

The book raises serious issues in British policing about media strategy, the impact of the Human Rights Act on PACE during kidnapping enquiries, the conduct of police misconduct investigations and the way serial killers are investigated after conviction, to identify the full range of their offending. All of which are unresolved.

In this context, the book starts with a dedication “To Sian and Becky and the girls who haven’t been found” and this is the part of the book I found chilling. I will be covering, with retired police intelligence officer Chris Clark, the possibility of other Halliwell victims in the fourth and fifth articles of the Christopher Halliwell series.