Guest Author and former SBC Councillor, Stormin’ NORMAN MURPHY, administers his customary dose of derision to the ludicrous plan to ‘regenerate’ Castle Ward by filling it with bed-hopping youngsters studying at the Immuniversity of Life.

As mentioned in a previous article, although it looks like pantomimes will be a bit hard to find this year, it seems there is always an hilarious production just waiting to be performed by our masters in the Clown Hall.

The latest side-splitting caper, currently in rehearsals at Scarborough Council, is the £22 million, rate-payer funded ARGOS development – or as it is now more commonly known, “SIDDONS’ FOLLY”.

The plot line for “SIDDONS’ FOLLY” is the totally absurd story of a local authority who proposes to borrow a huge sum of money and then use it to build, for a very wealthy university, a block of student accommodation.

I know this is a crazy concept, and is, of course totally unbelievable; but this is a Scarborough Council pantomime production, so please, believe me, this is really what they intend to use public money to fund.

Anyway, the director of “SIDDONS’ FOLLY” is our old friend, SBC’s Commercial Director, Richard (the Brighton Bin Man) Bradley. The Bin Man, who became pantomime director at Scarborough Council in 2018, comes to us from Brighton Council where he had a rather lack lustre career starring as head of waste management.

His former employees were kind enough to list the Bin Man’s achievements while he was in their employ and the Chair said, as he waved the Bin Man farewell:

“Since our last committee meeting in June, Richard Bradley, the Assistant Director for City Environmental Management has left us to take up the post of Commercial Director at Scarborough Borough Council”.

“Richard spent three years here at the Council and oversaw the implementation of the textile collections service, wheelie bin recycling, garden waste collection, the new waste enforcement service, the Stanmer Park restoration programme, the extension of our refuse and recycling service and our Open Spaces Strategy”.

“Richard will be missed and I would like to place on record our best wishes to him in his new job”.

Of course, we shall probably never know if “DICK” has actually been missed by Brighton Council, but it seems to me, reading between the lines, that they could not wait to see the back of him; in any event they certainly did not make much effort to keep him.

So Bin Man Bradley came to pantomime central; Scarborough Borough Council. And with that wealth of experience in bin management under his belt, it is not difficult to see how he would be just the man to take on the role of a Commercial Director; entrusted to direct millions of pounds of rate-payers money into financially beneficial property transactions.

Needless to say, perhaps, in view of his total lack of knowledge and understanding of the commercial property market in Scarborough, the Bin Man’s early productions have not gone so well. His opening Commercial property investment panto “the Travelodge/St Nicholas Hotel farce” has turned into a particularly spectacular failure.

This major production saw the Bin Man borrow £14 million to buy the totally knackered St Nicholas Hotel and rent it out to the nearly bankrupt Travelodge consortium. Needless to say again, perhaps, although the Travelodge/St Nicholas Hotel panto has run for nearly two years now, it has been a spectacular financial flop – Travelodge, unsurprisingly, can’t pay their rent and won’t pay their rent; and probably never will pay the £760k they already owe us. The average SBC increment of Band ‘D’ Council Tax is £240. The Council has thus thrown away its Council Tax revenue from 3,167 rate payers, no less!

Consequently, not only has repaying the interest on the £14 million loan cost the poor old Scarborough rate-payers a fortune, it now looks as though Travelodge could go belly up at any moment. Leaving the rate payers with a White Elephant with a voracious appetite for their money.

However, it is the Bin Man’s latest offering, “SIDDONS’ FOLLY”, which really looks as though it will be his greatest financial disaster.

In the current Covid world, building student accommodation is about as idiotic as it gets. Indeed, borrowing £22 million on the rate-payers’ account to fund “SIDDONS’ FOLLY” is almost guaranteed to lead to Scarborough Council ending up like Croydon Council; which because it borrowed loads of money to fund ridiculous property deals; is as good as bankrupt.

Like Scarborough’s Labour led Council, Croydon Council’s Labour administration allowed their equivalent of Bin Man Bradley to borrowed money without ever thinking it would have to be paid back.

This has resulted in Croydon Council being placed under government review after a damning report by auditors Grant Thornton found that there had been:

“…collective corporate blindness to both the seriousness of the financial position and the urgency with which actions needed to be taken”.

“Playing Monopoly with the property market after it borrowed hundreds of millions for property investments”.

“Days before the bankruptcy, Communities Secretary Robert Jenrick announced he was launching a rapid review of the Council’s finances. Auditors recently criticised the authority after it failed to act on three years of internal warnings and a £60 million black hole in its budget”.

So weighed down with debt, the panto in Croydon has had to close down; along with many other essential Council services.

“Is our panto, “SIDDONS’ FOLLY”, going to lead Scarborough into a similar fate?”

Well, my guess is YES!

The Leader and chief sponsor of our panto, Labour’s Stevo Siddonso, is, it seems, determined to push his production of “SIDDONS’ FOLLY” on to the rate-payers no matter how much it costs.

“SIDDONS’ FOLLY”! A vanity project, if ever there was one.

Siddonso’s director, Bin Man Bradley, although he must realise “SIDDONS’ FOLLY” is a farcical panto doomed to failure, cannot now pull the plug on the whole shambolic project as it will reveal his total lack of understanding of commercial property management.

So, for our Bin Man the show, “SIDDONS’ FOLLY”, must go on – while the supporting cast, the developers, the consultants and Coventry University (who will all profit hugely from the production of “SIDDONS’ FOLLY”) will laugh all the way to the bank.

For these people, “SIDDONS’ FOLLY” is a cash cow which must be milked for all it is worth

Indeed, it seems, that everyone has something to gain from “SIDDONS’ FOLLY”.

Well I say everyone; but what I mean, of course, is everyone but the rate payers of Scarborough.

The rate payers, I suspect, will inevitably come to view “SIDDONS’ FOLLY”, as yet another costly eye soar inflicted on our beautiful town by a Council leader who will be lucky to be still in charge at the end of the year.

However, although Stevo will no doubt be long gone, the debt of “SIDDONS’ FOLLY” will not. The financial legacy for the rate payers of the Borough will last for the next FORTY YEARS.

And I am sure, should this production ever be performed, every time any Scarborough resident passes this £22 million monstrosity, they will curse the pantomime “SIDDONS’ FOLLY” and condemn all those who starred in it.

ANYONE GOT ANY CUSTARD PIES? 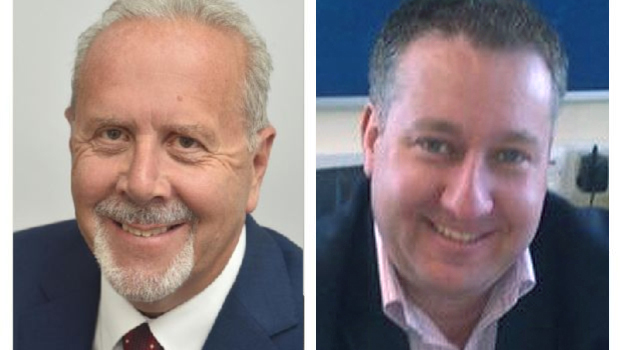 And will the real Widow Twanky