Now that we have the general election behind us (say what!), we can return to the outstanding matter of the Motion to take a Vote of No Confidence in SBC Leader Derek BASTIMAN [Con.] and his seven Cabinet Portfolio Holders.

Firstly, readers who are not yet familiar with the background to the long-running saga of the Vote of NO CONFIDENCE are referred to earlier coverage on the North Yorks Enquirer.

Those who are already up-to-speed may safely skip the following list and cut to MORE RECENTLY, below:

As reported in the Enquirer and the Scarborough News (see above), Councillor Sam CROSS [Ukip] – who proposed the No Confidence Motion in meticulous accordance with the procedures set out in the SBC Constitution – has apparently had no acknowledgement from the Council either to his Formal Corporate Complaint against the Monitoring Officer Mrs Lisa DIXON (and a separate Complaint against the former Mayor, Councillor Simon GREEN [Con.]), or on the matter of setting a date for the Extraordinary Meeting at which the No Confidence Motion must be put to the vote. 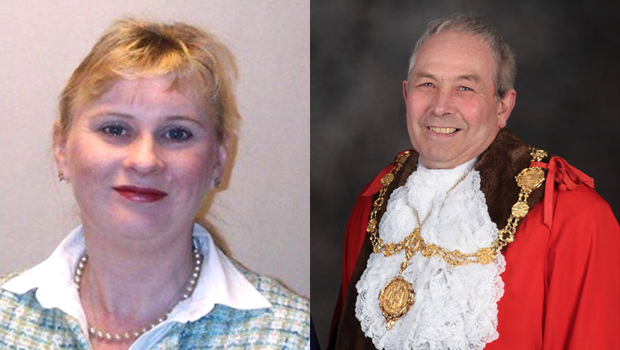 But Councillor CROSS is clearly determined to do all he can to ensure that the people of the entire Borough of Scarborough receive fair and lawful treatment from the SBC oligarchy.

The bone of contention appears to be that Mrs DIXON (and/or the former Mayor) has attempted to use the excuse of purdah to delay the No Confidence vote until after the NYCC elections on 4th May 2017. However, there are no elections at SBC until May 2019, and therefore no purdah until that time. Without further explanation, the Council then extended its unauthorised imposition of purdah until after the general election.

The NYCC Election Advice for the County elections on 4th May 2017 stated specifically that the business even of NYCC itself must proceed as normal throughout the purdah period, providing (as at all other times) that the Council’s ‘machinery’ is not used for party political purposes. The Advice made no reference to an application of the purdah convention at SBC, or at any other of its second-tier Councils. The fact is that purdah simply does not apply at the present moment at Scarborough Borough Council. And both the DCLG and the Local Government Association have confirmed that there is no obligatory application of purdah even at Councils where elections are taking place, and certainly none where elections are not taking place. Neither did the purdah convention as applicable to the general election offer any impediment to the  consideration of the No Confidence vote at Scarborough Borough Council.

Moreover, on Thursday 27th April 2017, the High Court ruled that not even the government (much less Mrs DIXON) can invoke purdah as a justification for stone-walling the publication of information less than palatable to Conservative leaders – (in Mrs DIXON’s case, the Agenda for an Extraordinary Meeting called in accordance with the Constitution specifically to address the Motion of No Confidence within the prescribed time period – which has already elapsed).

It is difficult to avoid the conclusion that Mrs DIXON has deliberately flouted the Constitution in a partisan way to prevent the public at large from learning of the Borough-wide Council dissatisfaction with the Conservative Leader and his predominantly Conservative Cabinet – just as she did when Councillor Tom FOX [Con.] was made Mayor in January 2015. If this is not “using the Council’s machinery for party political purposes”, I do not know what is. It rather looks as though Mrs DIXON has invoked purdah only to abuse it.

Councillor CROSS then wrote to SBC Chief Executive Officer ‘Silent’ Jim DILLON, calling upon him to ensure the Council’s adherence to its own Constitution and full compliance with statutory requirements, citing the following extracts from the Council’s Complaints Procedure.

Councillor CROSS pointed out that the Monitoring Officer had breached the terms of the Constitution by departing from the timescales set out in relation both to the formal ‘calling’ of the Extraordinary Meeting and in her attempts to subsume the Motion calling for a vote of No Confidence within the Agenda of the Meeting of Full Council scheduled for 8th May 2017, which then Constitution expressly prohibits.

Councillor CROSS also complained that the Monitoring Officer had totally ignored his lawful request (under s.100F of the Local Government Act 1972) for sight of any/all correspondence conducted on this topic. This is more than a breach of the Constitution; it is a breach of the statute that established Scarborough Borough Council on 1st April 1974. All Fools Day.

This unlawful withholding of documents suggests that Mrs DIXON may be wittingly concealing information from Councillor CROSS, possibly to conceal evidence of her having taken actions/decisions that are ultra vires (beyond authority) and should cost her her job.

Councillor CROSS has raised these concerns with Chief Exec Jim DILLON regarding the manner in which the Monitoring Officer has been failing to discharge the functions of her position. And he specifically requested that his letter should be read out to Full Council.

The Agenda for the Meeting scheduled for 8th May 2017 included the following Item:

To consider any communications received by the Chief Executive.

Councillor CROSS formally requested the Chief Executive to convey the contents of his correspondence to all Councillors present at the Meeting, in accordance with the terms of the Constitution. However, Mr DILLON reported to Council that he had received no correspondence. Clearly this was a false statement.

Moreover, and in addition to Councillor CROSS’s letter, the Enquirer has already reported on the letters from Ms Ali WILKINS to Mr DILLON regarding Councillor Helen MALLORY’s misinformation to Councillors over the subsidies to The Futurist Theatre. They, too, have been ignored – though the Constitution is clear about Mr DILLON’s duties. Obviously, he is not.

(ii) receive any announcements from the Mayor or the Chief Executive

11.2 Functions of the Head of Paid Service

(f) Discharge of functions by the Council

Clearly, Mr DILLON believes himself to enjoy an exemption from the terms of the Constitution – which begs the question: did Mrs DIXON block the No Confidence Motion on DILLON’s orders and with his ‘protection’? 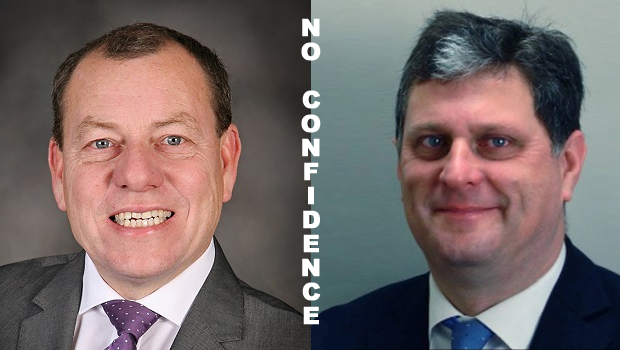 The Chief Executive’s one-line response to Councillor CROSS’s letter amounts to nothing less than a further prevarication and is, in fact, an object lesson in sheer insolence:

I acknowledge receipt of this and will get back to you in accordance with the timescales of the complaints procedure.

The insolence lies in the fact that the Monitoring Officer and the former Mayor were already well outside of “the timescales of the complaints procedure” before DILLON sent his email to Councillor CROSS.

And according to Councillor CROSS, no further communication has been received, either from the Chief Executive or the Monitoring Officer. Total lock-down.

In fact, the only fresh information on the subject came in the form of Councillor Joe PLANT’s ‘leaked’ email exhorting all Conservative Councillors to do their utmost to attend future Meetings. The fact is that the blues have a yellow streak down the middle of their backs.

Meanwhile, we suffer the spectacle of a Tory Prime Minister (in some loose sense) who was afraid to join in public debate, U-turned on her own manifesto, is now widely castigated by her own Party and who is clinging to ‘power’ with the support of a bunch of anti-LGBT, anti-abortion, creationist knuckle-draggers with extremist tendencies, described in Wikipedia as “fringe, far-right fanatics” and  “a hard-line reactionary party, devoted not only to the union of Britain and Northern Ireland, but to a social conservatism that directly contradicts the modernization of the Conservative Party in the past 15 years”.

But we do not need to look as far as Westminster to study the sickening hypocrisy of deluded sociopaths as they cling to imagined ‘power’.

For the moment, though, we are left with Councillor CROSS’s efforts to bring the Motion to an Extraordinary Meeting of the Council versus the combined efforts of the DILLON, DIXON and the docile Tory faithful who are arrogantly and autocratically blocking the execution of the will of the people. Stalemate.

Readers are left to form their own conclusions as to which of the public servants engaged in the above battle of wills is best serving the public interest in an open, transparent and honourable manner, and which have disgraced their positions of public trust.

I am no Kipper – there may no longer be such a thing as a Kipper – but from my perspective, it seems like Councillor CROSS is the only opposition Councillor who is willing to challenge Officers who are apparently willing to breach the Constitution in defence of the Tory Leader and his Cabinet.

The last time a Chief Executive of Scarborough Borough Council behaved so badly (Mr John TREBBLE, in the HighPoint Rendle scandal of 2005), he had to go (though he was allowed to write his own reference!). By rights, Mr DILLON should not be so fortunate.

In my view, the Leader, Cabinet and Directorate of SBC are all drunk with imagined ‘power’ – taking their cue, it would seem, from the whore of Westminster.

However, outside of the Cabinet, we have forty-two Councillors elected for the express purpose of embodying our right to democractic local government. Forty-two, that is, unless and until Mrs DIXON complies with the regs and disqualifies Councillor Marie HARLAND [Con.] for non-attendance – in which case forty-one – and a by-election will be called, thus providing Mrs DIXON with an excuse to give her puppy-dog named purdah another run round the block for the next six weeks, when a new Tory Councillor can be elected to restore the wafer-thin Tory majority.

Is Councillor Sam CROSS really the only one who will challenge this contemptible farce? And what of the long-awaited MAZARS external investigation into the MARRIOTT allegations – and the two scapegoats (more on which in due course)?

Come along, Councillors; the people expect . . . 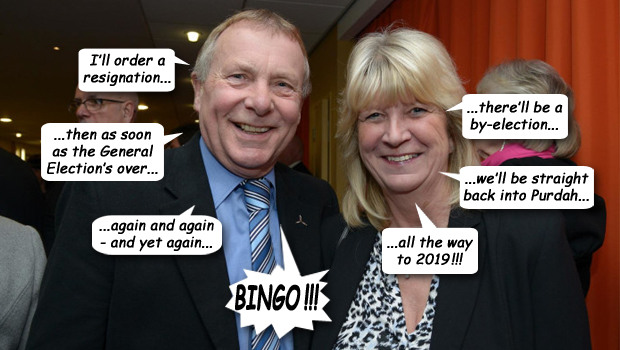 The Scarborough News coverage has a rather amusing and ironical twist to it; reporter Carl GAVAGHAN seems to be suggesting that our Councillors are to be compared with a bunch of school-children. Would that they were so harmless and benign: 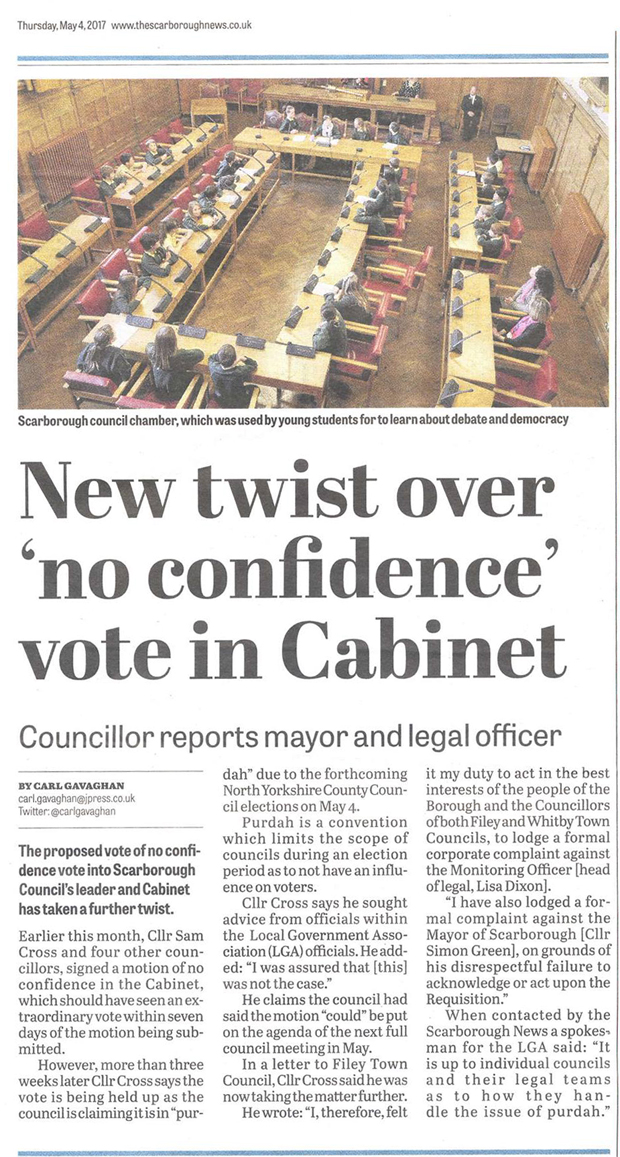