Three years to the day since the BBC ‘Inside Out’ Documentary vindicated the citizen-journalists of Real Whitby (now heading-up the North Yorks Enquirer), the Whitby Gazette has front-paged the Whitby Town Council move to condemn Scarborough Borough Council Leader Councillor Derek BASTIMAN [Con.] and his seven Cabinet colleagues.

Meanwhile, the Scarborough News has launched its own on-line poll:

“Do you have confidence in Scarborough Council to run the borough in the best interests of its residents?”

The present wave of unrest has been triggered by three scandals:

On Monday 13th February 2017, Filey Town Council will consider a VOTE of NO CONFIDENCE in Scarborough Borough Council. 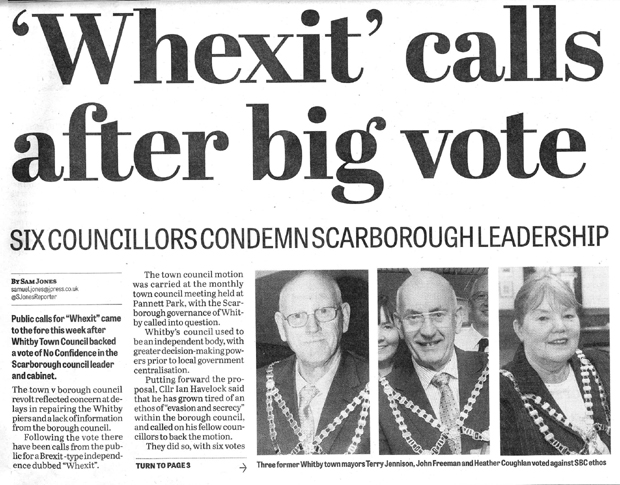