CodHead celebrates the spirited resistance of Whitby Town Council to the prospect of being filmed in the execution of their service to the public who elected them (or some of them anyway). Credit to Councillor Simon Parkes who was in favour of filming and is no stranger to the cameras, having granted interviews to Ufologists whose films are widely available on YouTube.

Two years and  later, on 4th March 2014, campaigners Nigel Ward and Nick Henderson succeeded in persuading WTC to conform with the directions of Eric Pickles, Secretary of State for Communities & Local Government, to allow filming. The Council resolved: 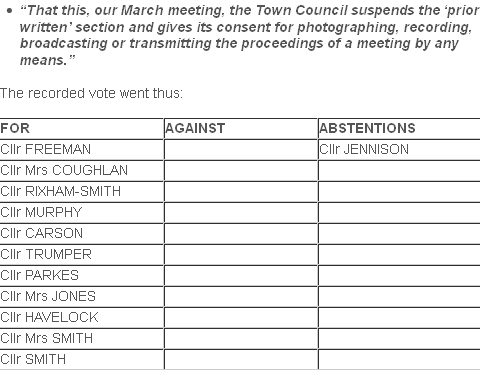