Let me tell you about three friends of mine – coincidentally, all called ‘Adam’.

Allow me to introduce you:

Adam 1 was born in the Borough of Scarborough. He has lived all of his life in the UK. He has a British passport. Amongst other things, he is a motorist. His car is taxed and insured in the UK and registered with the Driver & Vehicle Licensing Authority (DVLA), in Swansea. It bears UK registration plates.

Adam 2 was born in Paris. Has lived all of his life in France. He has a French passport. He, too, is a motorist. His car is taxed and insured in France, and registered with the Préfecture de Police (PP), in Paris. It bears French registration plates.

Adam 3 is German. He was born in Germany. He has lived all of his life in Germany. He has a German passport. He, too, is a motorist. His car is taxed and insured in Germany, and registered with the Kraftfahrt-Bundesamt (KBA), in Flensburg. It bears German registration plates.

Three motorists called ‘Adam’ – all equal under the law, right?

Because in the Borough of Scarborough (and I strongly suspect in every one of the 326 billing authorities for PCNs in the UK) the Council is actively practising discrimination against – wait for it – Adam 1, the UK born-and-bred tax-payer, whose vehicle was bought, taxed/tested and insured here in the UK.

The Council is actively discriminating in favour of Adam 2 and Adam 3, the two foreign nationals, who bought their vehicles and paid their taxes in Europe.

How can this be?

Let me tell you.

When Adam 1 picks up a Penalty Charge Notice (PCN) in respect of an on-street or an off-street parking infringement in the Borough of Scarborough, you can bet your sweet Council Tax on the fact that Scarborough Borough Council (SBC) will pursue him through every court in the land – yea, even unto the jaws of the bailiffs – to recoup the ‘fine’ and every other imaginable surcharge.

If either of them picks up a Penalty Charge Notice (PCN) in respect of an on-street or an off-street parking infringement in the Borough of Scarborough, they drive away scot-free and no attempt at enforcement is implemented. They are not pursued for payment. Their PCNs are simply CANCELLED. They do not receive so much as an invitation from Tom FOX to make a voluntary donation to the Futurist Restoration Fund (FRF).

This is because SBC apparently operates a firm POLICY to CANCEL all PCNs issued in respect of on-street and/or off-street parking infringements with non-UK registered ‘foreign vehicles’. The rationale for this possibly relates to the likelihood that enforcement via the judicial apparatus of foreign countries (even EU countries) may not prove cost-effective. Nevertheless, SBC is operating a POLICY which discriminates against UK residents.

We know this because, in her response to Freedom of Information Request FOIA 3581, SBC Deputy Parking Manager Jane WILSON answered two questions from campaigner Andy STRANGEWAY:

Thank you for your request which has been dealt with under the Freedom of Information Act 2000 (FOIA).

You requested the following information:

This policy of cancelling PCNs relating to “Foreign vehicles” has been in place for at least the past six years, with a total of 658 foreign motorists – motorists who have bought, taxed and insured their vehicles in a foreign economy – having rolled into the Borough of Scarborough with a “get-out-of-jail-free-card” as far as on-street and off-street parking infringements are concerned – because SBC operates a policy to CANCEL their PCNs.

Effectively, it is as though every foreign vehicle entering the UK is granted Diplomatic Immunity as far as on-street and off-street parking is concerned. 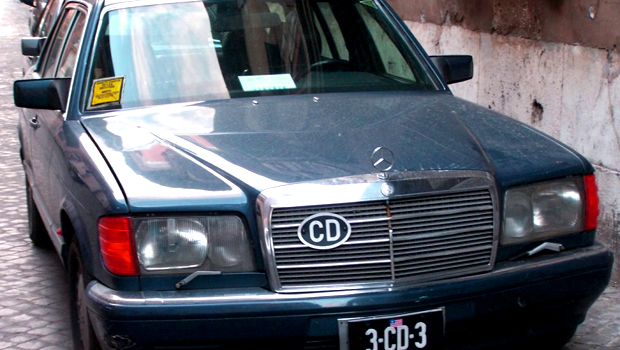 Meanwhile, local UK motorists are getting hammered – second-class citizens in their own country.

This is clearly unfair.

It may also be illegal.

I will come back to that. But first let us walk through some wild ‘guesstimates’ regarding the money involved here.

658 foreign nationals, each getting away with an average of, say, £55 worth of PCN – then taking that as fairly typical throughout the 326 billing authorities in the UK – we are looking at just a total of almost £12 million (658 x 55 x 326 = £11,797,940) – a £12 million give-away at the expense of the UK economy in general, and in particular, the UK motorists whose PCNs must subsidise it as a ‘factored-in’ loss to the authorities.

And it is no stretch of the imagination to suggest that this is a nationwide issue. Readers are invited to examine this report in the Argus – a regional Surrey newspaper – where £1.3 million in “Foreign vehicle” PCNs has been CANCELLED since 2011. This would seem to suggest that my wild ‘guesstimates’ are very much on the conservative (with a small ‘c’) side. If that figure of £1.3 million were to prove typical for all billing authorities throughout the UK, we would be looking at a “give-away” of approaching £½-billion over just three years.

Returning to the matter of the legality of SBC’s policy:

Under the terms of Part Two, Chapter One, Section 4 of the Equality Act 2010, it is illegal to discriminate (positively or negatively) on grounds of “race”. The Act states:

Clearly, this raises an important question.

In attempting to answer this question, readers may wish to remember that this is not an immigration issue. It is not a political party issue.

It is an issue, first and foremost, of fairness – a moral issue. People of all nations must be treated equally.

But it is also an important legal issue because it constitutes another example of Councils appearing to go beyond their statutory authority in the pursuit of revenue, revenue, always the bloody revenue.

Can it be legal for our Councils to confer a £12 million ‘give-away’ upon foreign nationals who have infringed the same on-street/off-street parking regulations as UK citizens, solely on the basis that they are driving “Foreign vehicles”?

Or is this a case of “positive discrimination”, discriminating illegally in favour of foreign nationals?

Of course, there is always one other possible explanation.

It could be that the Councils have fallen foul of the extraordinary professional ineptitude so prevalent amongst public sector legal departments.

I leave you with a further thought:

It is very possible – likely, even – that every PCN issued in the UK in recent years (certainly the past four years) has been issued illegally, on grounds of policies standing in breach of the terms of the Equality Act 2010.

It may be that, like the illegal PCNs issued by City of York Council in relation to the Lendal Bridge fiasco, ALL of the on-street parking PCNs in the UK since 2010, having been issued contingent upon an illegal action, must now be refunded. 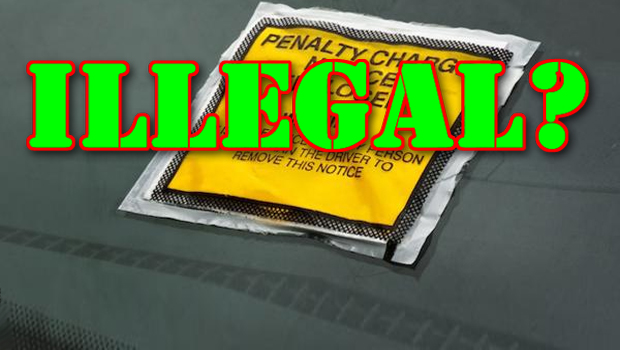