Regular NYE readers will be aware that between 10:00pm on Saturday 22nd July 2017 and 7:00am on Sunday 23rd July 2017, historic teak train carriages at NYMR’s Pickering Railway Station’s main car park were vandalised. Windows were smashed and the inside of the carriages were severely damaged.

Letter of thanks from the North Yorks Moors Railway to the NYE here:

North Yorkshire Police have also issued a statement about progress in the investigation and this can be read here, along with contact details for the passage of information.

I am delighted to report that within two weeks of having a set of eight unique and beautiful teak carriages vandalised, the NYMR Volunteers have got four of the carriages back in running order, on the line. This is an outstanding achievement for the NYMR Volunteers who give up their time to run the railway.

“The fast response from businesses and the local community has meant that we have been able to turnaround four of the carriages very quickly. The carriages have now been professionally cleaned and temporary light fittings have been used until we can replace them with heritage lighting.

The buffet bar which was the most badly damaged of the set, will not be running this season, however we have made provisions for a replacement bar so that all services can operate. The other carriages are currently being worked on by the Carriage and Wagon Department.

We kindly ask that any future donations be given to our new appeal ‘Yorkshire’s Magnificent Journey Appeal‘, which includes safeguarding, preserving and protecting these carriages for the future. Part of the new appeal includes a new carriage shed, which will not only protect the coaches from the elements but also future events of this nature”.

Let us admire the interior of one of the beautiful refurbished coaches: 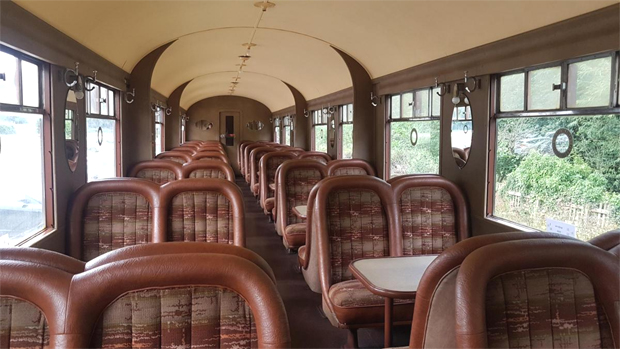 The North Yorkshire Moors Railway is a wonderful asset for Yorkshire. Owned and operated by a 10,000-member community-based non-profit charitable Trust, the NYMR delights more than 350,000 passengers every year – more than any other heritage railway in the world. Taking visitors on picturesque journeys along an 24-mile railway line aboard steam and heritage diesel trains the railway passes through stunning scenery, from wooded valleys to beautiful countryside, stopping at charming villages and spectacular seaside locations. It is a fully accredited museum, providing memorable experiences for visitors through the operation of Britain’s most popular heritage railway. The NYMR cares for and operates the railway it owns from Pickering to Grosmont and operates over Network Rail from Grosmont to Whitby. 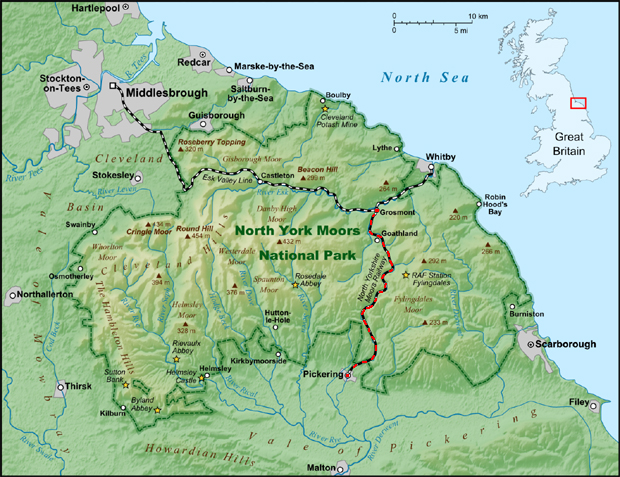 The NYMR is registered as an  Educational Charitable Trust, providing education for all ages by providing a high quality, safe and authentic evocation of the steam age for the public.

The NYMR gives pleasure to hundreds of thousands of visitors to the area, thereby improving the tourist trade and local prosperity. It has also been used as a film set for Harry Potter, Downton Abbey and Dad’s Army, giving millions of people pleasure from viewing quality films and TV programs. I felt that an attack on this wonderful local amenity is an attack on the local community.

As one would expect, the volunteers have all pulled together to ensure the public will not be inconvenienced and there will be no diminution in service. In their email, the NYMR Press Office asked me to emphasise:

“The NYMR team are committed to delivering our passenger service as planned this summer, we’ve pulled carriages from other lines to ensure every service runs while repairs are made to our damaged set.”

Finally, it wouldn’t be the NYE without a photoon: 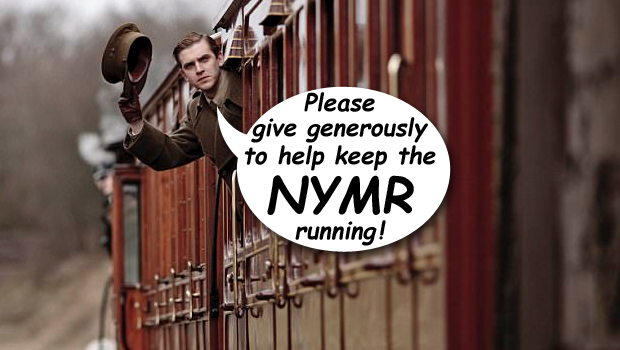