After the Westminster politicians implemented unnecessary lockdowns across the UK on the orders of their bosses and nearly one million people lost their jobs, it is nice to see some good news emanating from the TV.

The good news is brought to us by Lorraine Kelly, a daytime TV personality whom I must confess I’ve never watched before. Lorraine was promoting yet another David Attenborough documentary called The Year The Earth Changed, produced by BBC Studios. The director, TOm Beard, has links to Hilary Clinton through Sundog Pictures. Lorraine pointed out that views of The Himalayas from Pakistan are so much clearer after we shut our factories down, stopped driving our cars and stopped getting in aircraft to go on holiday.

Even with our factories closed down, cars parked up permanently and foreign holidays a thing of the past, the atmospheric CO2 monitored by Mauna Loa Atmospheric Observatory rose as per recent trends in 2020. 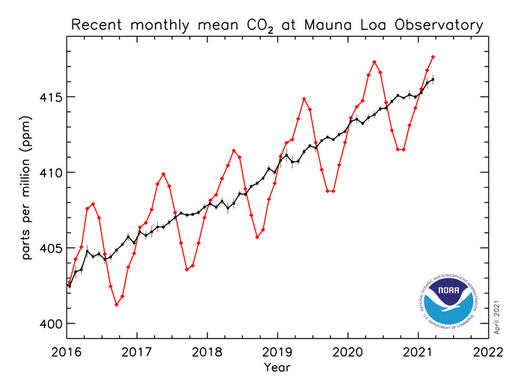 Did you notice anything in the video? Look at the bottom right corner of the screen. What are the odds the same two guys, wearing the same clothes in the same body position are in exactly the same place a year later? 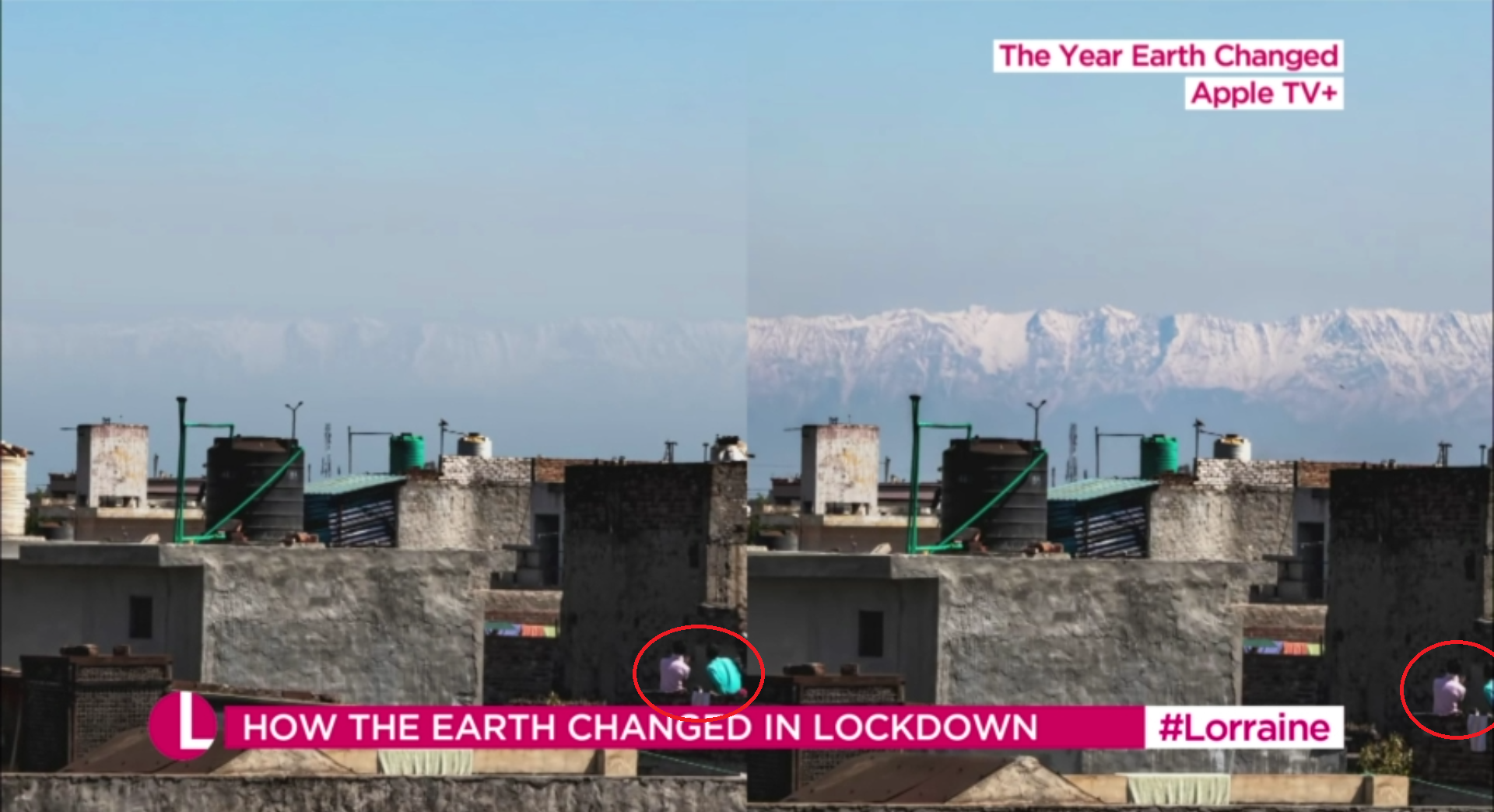 The fraud is more obvious when viewing the IMDB trailer. This is propaganda from your TV to push the narrative that man-made global warming is real. It isn’t. Its a hoax perpetrated by people who own Westminster politicians.

Only a fool believes that paying higher taxes will control the temperature of the planet.