Today’s Guest Author is an Alderman with 20 years of Council experience, who now proceeds to FACT CHECK the rookie Leader who allegedly couldn’t lead a one-man band.

Ladies and gentlemen, we give you Stormin’ Norman Murphy.

As a longstanding critic of Steve (Major Major Dog’s Breakfast) SIDDONS’ crazy idea to build 200 plus bedsits on the site of the former ARGOS building in the Old Town of Scarborough, I feel I must respond to SIDDONS’ latest snivelling attempt to justify his vanity project.

However, I should like to make it clear from the outset that the views I am about to express are fully open to challenge by SIDDONS or, indeed, any of his cronies. I have written this article with the complete agreement of the editor that should SIDDONS, or one of his henchmen/women, wish to contest or rebut anything I have written, they will be given the free and unfettered opportunity to have their say.

SIDDONS begins his pathetic attempt to defend the ARGOS deal by saying that:

“There have been allegations of ‘done deals”.

That is because, (Major-Major Dog’s Breakfast), the ARGOS scam was, and remains, a done deal.

The whole deal was cut and dried in 2018, before it even came before members. The 2019 report, which was TOP SECRET, but eventually got leaked to the public domain, set out quite clearly how the deal was to be delivered, who was going to pay for it and who was going to benefit.

There was to be no opportunity for anyone to discuss the project. The developers were pre-chosen. The operators had been pre-selected. Who might occupy the monstrosity, if/when it was built, had been pre-agreed.

But most importantly, who it would be who was going to pay for the £22 million development, which was the ratepayers of Scarborough, had been pre-selected without even a thought of asking them if they wanted to fund the project.

SIDDONS then goes on to say that there are:

“suggestions that we are completely ignoring feedback”. “There has been a lot of coverage – and much discussion – in the last week or so about the revised proposals to redevelop the Argos building”.

Where have you been, Oh Mighty Leader? TUSCANY?  Although you might not have noticed it, virtually every resident in the Borough thinks you have not just ignored feedback but have arrogantly dismissed any concerns or objections that residents might have had. Which is, of course, a position you are still maintaining.

Your instruction to your Labour Councillors Maw and Bailey, who supposedly represent Castle Ward; the very ward where you want to build the block of bedsits – not to attend the Town Meeting at the Library specifically called to review the ARGOS scam amply demonstrates your contempt for residents.

This disregard for anything those you view as “the little people” might have to say has, indeed, led to a lot of coverage – and much discussion – over your proposals to redevelop the ARGOS building. However, not just over the last two weeks but for the last TWO YEARS plus.

Which brings us to SIDDONS’ ludicrous conclusion that residents’ ability to understand simple maths is not as good as his. SIDDONS says that:

“while construction costs nationally have clearly risen over the last year, dubious maths about rising costs have been used to fuel claims about the financial viability of the project”.

It should be remembered by SIDDONS that the building costs of the ARGOS project were estimated in late 2018; over the intervening three years, building costs have risen by approaching 40%. 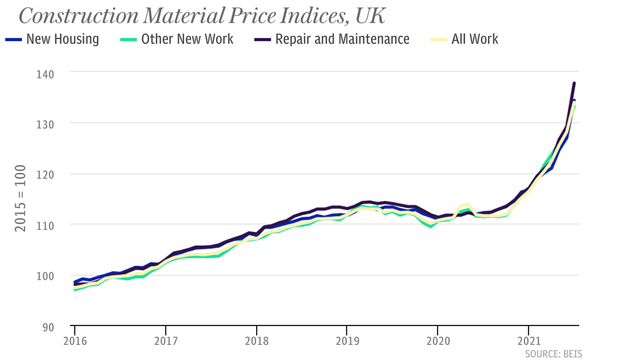 The rise in building costs is not a conclusion arrived at by ratepayer applying “dubious maths”, nor is it being used to “fuel claims about the financial viability of the project”.

Increases in building costs are a national reality and are brought to the attention of the Leader as a hard fact. What might have cost £22 million to build in late 2018 will presently, in early 2022, cost an estimated £30 million. FACT.

SIDDONS has, up until now, chosen to ignore these rising costs, presumably because it suits his ambition to force through the ARGOS scam, but although he might ignore them, the ratepayers certainly have not.

Moreover, although SIDDONS conveniently forgets to mention, it retail rents have halved in the last two years.

Experts, not ‘Micky Mouse’ Officers at Scarborough Borough Council (like Bin Man Bradley), have reviewed the finances of the ARGOS scam and have unanimously concluded that it is not financially viable. FACT.

If the ARGOS scam goes ahead, the ratepayers of the Borough will still be paying for SIDDONS folly in 40 years time. FACT.

SIDDONS says that he:

“would specifically like to address the issue of car parking which appears to be causing some concern. Residents of the building will not be issued with parking permits or scratch cards for on street parking”.

So that’s it then. The end of parking difficulties in old town. Leader SIDDONS says building a block of 200 plus bedsits will not add to parking problems. If these bedsits are built, over 200 additional people will take up residence in the old town this is a FACT, not misinformation. FACT.

Inevitably, most – if not all – of these additional residents, whoever they are, will have cars and they will want somewhere to park. So will their visitors. FACT.

SIDDONS says that he is:

“…arranging meetings with stakeholders such as residents, business groups and students and young people so we can understand any concerns they have about these proposals”.

Let’s be clear. SIDDONS could not care less about understanding residents’ concerns. If he had any concern for residents’ views on the ARGOS scam, he would have started Public Consultations over two years ago. He chose not to, probably on the advice of his Officers, because he knew that most residents, not only those in the Old Town, but in the whole Borough, are against this crazy scheme.

“The amount of deliberate misinformation being spread about this scheme is worrying and that rumours and inaccurate information are circulating”.

All of which, I would be the first to acknowledge, is perfectly true.

However, what is “worrying” is that those spreading the inaccurate information and deliberately misleading residents are NOT those opposed to the ARGOS scam, but SIDDONS himself and his cronies. FACT.

So what is SIDDONS’ conclusion if we don’t bow down to the wishes of the great Leader? Well:

“the alternative is (so SIDDONS says) that the ugly Argos building will remain for years to come”.

Of course, the obvious riposte to this ludicrous statement is WHY?

No-one wants the existing building to remain. PULL IT DOWN NOW. Read the Renaissance Charter. This has always been the Town Plan, SIDDONS. FACT.

This Town Square proposal, part of the ‘Kissing Sleeping Beauty’ regeneration project worked out in 2002/03, is a fabulous proposition and is ready to implement NOW. It would undoubtedly bring regeneration to the market area and could well be the start of wider regeneration throughout the whole town.

There is no reason why the people of the Borough of Scarborough cannot have what they so obviously want:-  that is, a regenerative Town Square – other, that is, than the bloody-minded opposition coming from SIDDONS, who would rather force on us a block of bedsits.

The whole ARGOS project, as I and many others have said for over two years now, is a scam. The project is all about money and greed not the interests of residents or ratepayers.

For me, the contents of SIDDONS’ desperate MEDIA Statement are a pack of lies designed to try and persuade a far more astute readership than he thinks they are that the ARGOS scam should just be accepted because the Great Leader SIDDONS, say so.

Well, Great Leader, I don’t think any of us believe a word of it.

My guess is that SIDDONS power-mad rule will soon be over – and he knows it.

Indeed, I would not be surprised if the tickets to TUSCANY are not already booked.

Arrivederci suckers, as they say in the TOWN HALL

Our leader, Councillor Steve Siddons, has issued the following statement about the redevelopment proposals for the former Argos building in Scarborough.

“There has been a lot of coverage – and much discussion – in the last week or so about the revised proposals to redevelop the Argos building in Scarborough town centre.

“There have been allegations of ‘done deals’, and suggestions that we are completely ignoring feedback.

“While construction costs nationally have clearly risen over the last year, dubious maths about rising costs have been used to fuel claims about the financial viability of the project and people with an axe to grind have used public forums to whip up untruths.

“The amount of deliberate misinformation being spread about this scheme is worrying.

“I would specifically like to address the issue of car parking which appears to be causing some concern.

“Residents of the building will not be issued with parking permits or scratch cards for on street parking.

“Separately, we are working with the county council to carry out a review of on street parking in Scarborough old town.

“The need to do something with the ugly former Argos building has been on the agenda as far back as 2003. It is not an overnight issue.

“Finding a new purpose for this site is central to our transformative plans for Scarborough.

“However, given the fact rumours and inaccurate information are circulating, I think there is a need to pause and take stock and I have therefore asked for the planning application to be deferred to December.

“While there is a desire for us to get on with this project, I do recognise there is a need for further engagement so the point of the overall scheme can be explained and clarified.

“We are arranging meetings with stakeholders such as residents, business groups and students and young people so we can understand any concerns they have about these proposals.

“I urge people not to get caught up in the rhetoric and to see this as our opportunity to finally fix this unloved part of Scarborough.

“Together with the complementary proposals for a new St Helens Square and more visible Market Hall, we could transform our town centre.

“The alternative is that the ugly Argos building will remain for years to come.”