As a practising Christian, I read with great sadness that the former Archbishop of Canterbury George Carey now retired has been asked to stand down as an Assistant Bishop of the Church of England, because he withheld evidence of sexual offences committed by disgraced Bishop and convicted paedophile Peter Ball from the police.

Briefly, Peter Ball, the Bishop of Lewes and later of Gloucester was a sexual predator who used his position as a member of the clergy to abuse youths. He resigned as a Bishop in 1993 after admitting to an act of gross indecency and accepting a police caution. In 1993, the CPS assessed that Ball had committed other sexual offences, but the Director of Public Prosecutions decided not to prosecute Ball. After his resignation, Carey as Archbishop of Canterbury allowed Ball to continue officiating as a priest. He also continued to minister at schools. Ball was subsequently sentenced to 32 months’ imprisonment for misconduct in public office and indecent assault in October 2015 for the abuse of 18 young men aged between 17 and 25. At the time it was alleged there had been an attempt at a cover up by the Church of England. Very sadly one of Ball’s victims, killed himself in 2012 as a result of the abuse he suffered from Ball.

The Archbishop of Canterbury Justin Welby commissioned an independent review by Dame Moira Gibb in February 2016 to investigate the systemic failure of the Church of England to deal effectively with Ball. 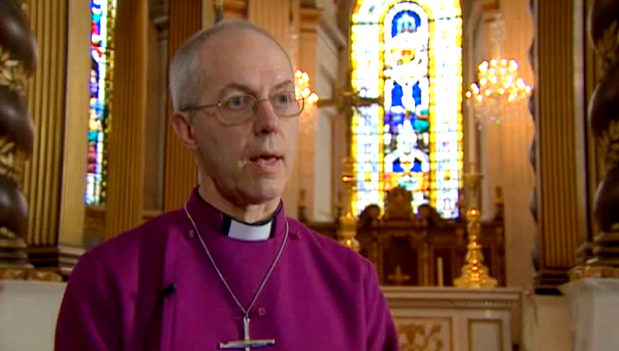 Dame Gibbs report “An Abuse of Faith” is here. The review found that Carey received seven letters making allegations about Ball following his arrest, but withheld six of them from the police. Incredibly, he did not put Ball on the Church of England’s “Lambeth List” of clergy who have had questions raised over their suitability for ministry. A Church of England statement on the independent review is here. I have read her report and it makes damning reading. To give a flavour of the findings:

“This report considers the serious sexual wrongdoing of Peter Ball, a bishop of the Church of England who abused many boys and men over a period of twenty years or more. That is shocking in itself, but it is compounded by the failure of the Church to respond appropriately to his misconduct, again over a period of many years. Ball’s priority was to protect and promote himself, and he maligned the abused. The Church colluded with that rather than seeking to help those he had harmed, or assuring itself of the safety of others.” I think the past response of the Church of England has been a disgrace and indefensible, as set out in this Guardian article:

“The first independent review commissioned by the church into its handling of a sex abuse case highlights the “deeply disturbing” failure of those in senior positions to record or take action on the survivor’s disclosures over a period of almost four decades.“ The case of Lord George Carey and his response to the allegations against Peter Ball is symptomatic of this attitude, which allowed a known sexual predator to escape detection or punishment, whilst still officiating as a member of the clergy and still offending.”

Since that time, the Church of England has reformed (BBC Report here) and new policies were introduced to ensure that allegations of abuse were investigated:

[Source: https://www.churchofengland.org (My emphasis in bold)]

These guidelines did not exist at the time that Carey withheld the evidence from the police. But nevertheless, this does not excuse him. Common sense, his public duty, his duty to the clergy and his duty to Ball’s parishioners should have told him to pass the information to the police. He didn’t. Why not?

All institutions are similar and have a tendency to reject criticism and indulge in bureaucratic intransigence to protect their reputation and the reputation of its employees. I believe that one of the reasons Peter Jaconelli was protected was because Scarborough Borough Council did not want its reputation tarnished by a child abuse scandal. Similarly, North Yorkshire Police would not face up to its failure to arrest Peter Jaconelli because it did not want the embarrassment of admitting that it had failed miserably in its duty to protect children. It may be that Lord Carey had a sense of loyalty to Bishop Ball, it may be that Lord Carey believed Ball was innocent, or it may be that he did not want the embarrassment of a major sex scandal in the Church of England. Only Lord Carey knows.

Certainly the only organization that has the experience and authority to conduct an investigation into allegations of serious sexual offences is the police, not the Church of England. Lord Carey should have passed on the evidence he had to them.

This does not give me much hope that the implementation of new safeguarding procedures will have any impact on improving things.

There are many forms of abuse, emotional, physical, verbal, sexual and financial. They are all unacceptable in the Christian faith, particularly when they involve a clergyman abusing his parishioners, because it is a betrayal of trust and faith. I cannot understand how, having committed these offences, Bishop Ball could call himself a Christian. He even refused to participate in the Church of England investigation, indicating that his professed repentance at the time was not sincere.

In a recent article published in the NYE on sexual abuse in the Church of England, I stated:

“In my opinion, abuse of children is indefensible and incompatible with Christianity, whether it is physical, emotional or sexual, or a combination of all three. This includes any act of abuse itself, failing to confront it, or concealing it.”

This remains my position.

So although I am sad that after a lifetime of service to the Church of England, Lord George Carey has been asked to resign as an honorary Bishop, effectively excluding him from the clergy, nevertheless I know this is a necessary step. Lord Carey and others let the Church of England down and they let the victims down. Asking him to resign sends a message that committing child sexual abuse or concealing it is unacceptable in the clergy and will lead to the exclusion of those who indulge in it, no matter what their rank or status. It would have been better if Lord Carey had been dismissed, rather than allowed to resign, as this would have made the point even more strongly. But nevertheless he has been excluded from any office in the clergy.

Lord Carey has been severely criticized and removed from the priesthood and I recognize this will cause him much anguish and distress. However, in real terms, he has suffered no punishment. He is retired, has not been unfrocked and continues to draw his pension and lead his life normally as he did before. We should remember that many of Ball’s victims have suffered terribly. One of them took his own life because of the anguish he had to endure, as a result of the cover up by Lord Carey and others.

In British law there is no duty to report suspicions to the police, so Lord Carey has committed no criminal offence. For too long abusers of children and those that turned a blind eye to them have escaped any form of punishment whatsoever. Either because of lack of evidence as a result of the passage of time, death through natural causes (Peter Jaconelli, Jimmy Savile) inertia by the CPS (Greville Janner), incompetence by the police (police officers in Scarborough that failed to arrest Jimmy Savile and Peter Jaconelli) or lack of a criminal offence of failing to report child abuse (Lord Carey and others in the Church of England).

Since 2012, I have campaigned in the NYE to have those that protected Jaconelli and Savile in Scarborough prosecuted. There is currently a move to implement a new criminal offence of failure to report child abuse. Sadly, this offence does not exist at present, but the government has implemented a consultation on implementing a new criminal offence of reporting and acting on child abuse and neglect. This has vindicated the continued pursuit of this issue by the NYE. Britain is one of the few countries that does not have mandatory reporting of child abuse and is far behind the rest of the world in this area of law. The consultation envisages a duty to report and a duty to act being imposed on some professionals with responsibility for children e.g. teachers, Doctors, teachers, social workers, care workers and the police, backed up by a five year prison sentence for those that don’t report or act when they should.

Sadly the provisions are not retrospective, otherwise I think there would be a lot of very worried serving and retired police officers in North Yorkshire.

Interestingly, because Ball taught at schools, his offending would have been within the scope of the proposed legislation, imposing on the Church of England a responsibility to report his abuse to the police and social services. I have no doubt that if this legislation had been on the statute book at the time, Lord Carey would have had no choice but to pass the evidence on to the police, rather than risk being prosecuted for the offence of failing to report child abuse. This would have led to Ball being excluded from schools and the clergy, and his prosecution – thus preventing the abuse of many of his later victims.