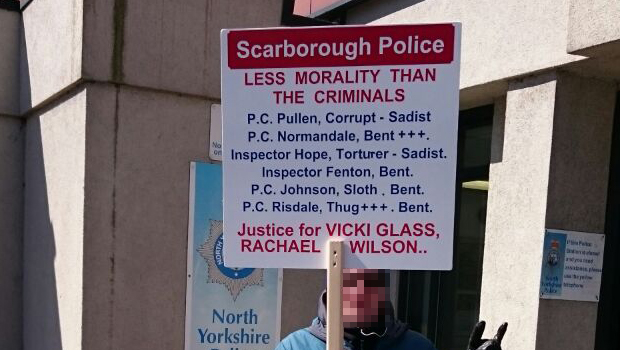 Anti-corruption campaigner Guy Whiting has been attracting renewed attention to his one-man campaign on Northway in Scarborough, outside of Scarborough Police Station and the Scarborough Magistrates’ Court.

Acknowledged by North Yorkshire Police as one of 35 confirmed victims of predatory paedophile Peter JACONELLI (the former Scarborough Mayor and Alderman who for decades sexually abused hundred of youngsters, alone and in joint enterprise with Jimmy SAVILE), Guy WHITING has been protesting witness intimidation and Police brutality, both recent and historical, by displaying his double-sided placards prominently in public places.

Guy WHITING has been receiving a very supportive response from passers-by and motorists. However, our photographer was present yesterday when an (as-yet) unidentified man in a passing vehicle shouted a credible death threat. Guy WHITING has confirmed that the same man has voiced the same threat on many occasions over a period of several months. It is not known whether the man is acting unilaterally or on behalf of a third party – perhaps one of those mentioned on Guy WHITING’s placards.

As of the date and time of publication, there has been no visible reaction to Guy WHITING’s campaign from the North Yorkshire Police or Scarborough Borough Council, though Conservative Prospective Parliamentary Candidate Robert GOODWILL has written a rather portentous letter (some might say ‘ominous’ – even ‘intimidating’) to Guy WHITING (reproduced below the photos). 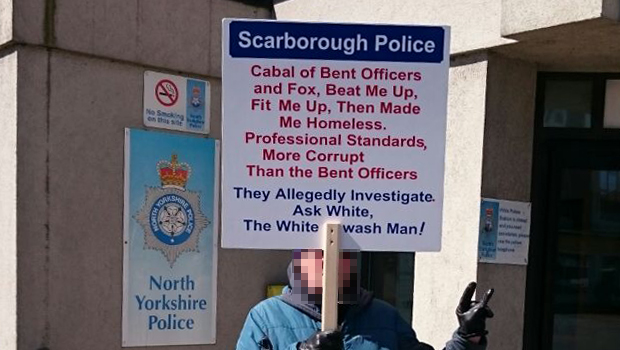 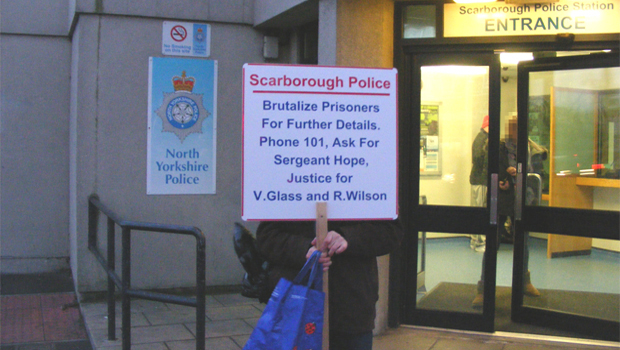 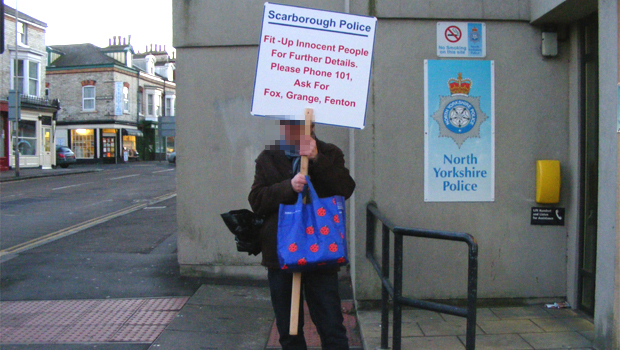 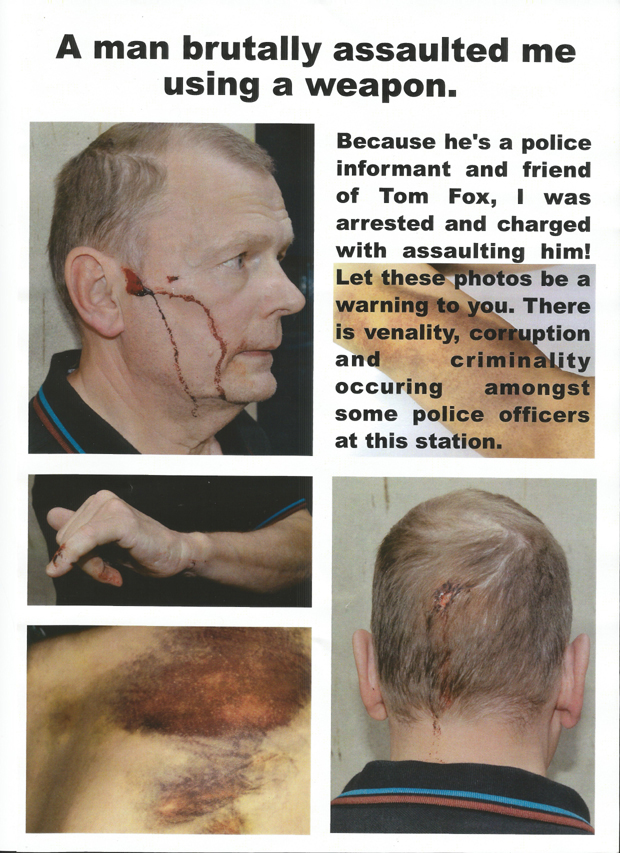 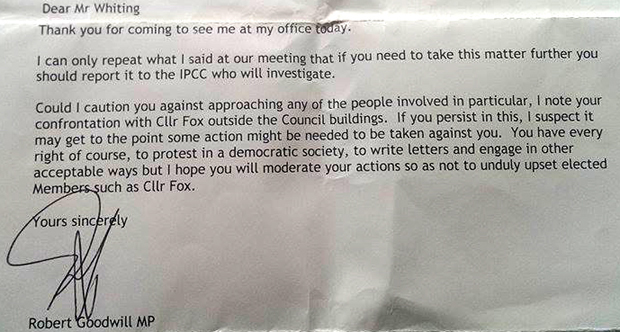