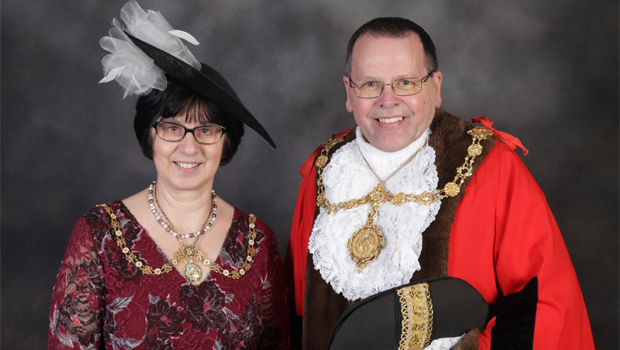 I hope this e mail finds you well and in good health.

Further to my last e mail to you: http://nyenquirer.uk/nye-investigates-sbc-blacklists/

I am writing again concerning SBC’s policy of maintaining a blacklist of journalists and contributors to the NYE, because they have criticised SBC and by implication, your ruling Conservative group, on the pretext that all contributors to the NYE are harassing Councillors and SBC staff. Councillor Donohue-Moncrieff has expressed similar concerns to my own in the NYE, in the article here.

I read with incredulity, Councillor Randerson’s account in the NYE, of a Council meeting in which nine Councillors walked out, over a decision by His Worship the Mayor to suppress a point of order here.

I have followed a general rule of not commenting in detail on Scarborough Borough Council (SBC) matters, except in so far as they affect me. This is because I think these matters are covered very well by local Councillors and members of the public that contribute to the NYE, and also by the NYE’s own correspondents. An exception was the Ben Marriott whistleblowing scandal, where I felt that as a Chartered Accountant I could add an additional level of analysis. For further comment please see the Private Eye article below:

In his open letter to Councillor Plant, Councillor Randerson alleged that his point of order had been illegally suppressed by Councillor Plant on the advice of a Council Officer. Hence I presume the understandable decision to walkout. Effectively the only method left to Councillors to register their disapproval.

I was not present in the Council Chamber when this event occurred. But if it is the case that Councillor Plant was following the advice of a Council Officer who is a solicitor, then I would rise to his defence. I believe that you cannot expect the same degree of knowledge from a part time Councillor who is not a lawyer, that you would expect from a solicitor. It seems to me therefore that Councillor Plant followed the advice offered to him honestly and in good faith.

If this is so, then he was badly advised and let down by the Council Officer who issued him with this advice. Worse, that Council Officer has not come forward, issued an apology and then resigned. He has just left Councillor Plant to face the music.

I believe this situation is unprecedented and in general terms, indicative of Council Officers who are not under adequate supervision by Councillors and determined to aggressively suppress criticism of themselves. Knowing they can act with impunity.

I have felt for some time that Councillors who are Portfolio Holders have not exercised adequate supervision over Council Officers and that the Council’s Officers are effectively out of control. This is a theme I followed in defending Councillors over the Ben Marriott Scandal whistleblowing scandal in my article below:

The Marriott whistleblowing scandal was also covered by Private Eye:

Against this background, I am again writing to you concerning two specific matters related to the policy adopted by SBC Officers of not responding to FOI requests and designating me as a vexatious complainant. Again this is symptomatic of a Council that is dominated by Council Officers who are determined to suppress lawful debate and criticism and was covered very well by Councillor Donohue-Moncrieff.

Please note the following decisions made in accordance with the

1. Mr A, be designated as a persistent complainant

2. The following continued to be designated as persistent complainants:

That the following be de-designated:

Although I have written about SBC and my articles have been critical of SBC policy, I have not made any complaints in the recent past. I would therefore ask that you direct Mrs Dixon to either (a) justify why she has designated me as a persistent complainant, or (b) remove me from the list of persistent and unreasonable complainants

As you can see from the letter, it is anonymous and confirms that SBC is refusing to respond to a Freedom of Information request on the grounds that:

I would ask you to direct your Freedom of Information Office to respond to my FOI request on the following grounds:

4.2. The reason for using these powers e.g. suspected Tax fraud.

4.3. When the action was taken and its duration. These powers have been used, but SBC Officers are withholding this information to conceal the true extent of SBC operations under the Regulation of Investigatory Powers Act.

4.4. Any prosecutions or costs saved that resulted from use of the Council’s powers under the Regulation of Investigatory Powers Act 2010. None, but withheld to avoid admitting this.

10.2. The date of the correspondence or discussions.

10.3. The name of the person in the other public body that Scarborough Borough Council Officers and/or Councillors had correspondence or discussions with.

10.4. The name and Department of the Scarborough Borough Council Officers that had correspondence or discussions with each public body.

10.5. The name, party and cabinet post of the Scarborough Borough Councillors that had correspondence or discussions with each public body.

10.6. The purpose of this correspondence or discussions.

10.8. The outcome of these discussions. Withheld to conceal the full effort that SBC Officers have put into suppressing criticism in the NYE.

11. The names of all contributors to the Real Whitby and North Yorks Enquirer internet news magazines whose e mails to Councillors and Council staff are being intercepted. All of them.

12. The name(s) of the persons who authorised e mail interception. SBC Officers and Conservative Councillors.

13. The names of all contributors to the Real Whitby and North Yorks Enquirer internet news magazines who are designated by Scarborough Council as collectively causing nuisance and distress to Councillors and Council employees – thereby leaving them open to criminal prosecution for harassment and providing a pretext for SBC to place them under surveillance. All contributors, including Councillors.

14. The name(s) of the persons who authorised this policy and those who determine who is placed on the list of persons harassing SBC Councillors and council staff. SBC Officers

15. The names of any contributors to the Real Whitby and North Yorks Enquirer internet news magazines who have been placed under surveillance by SBC. All of them.

16. The name(s) of the persons who authorised surveillance. SBC Officers.

17. Please can you confirm which public bodies beyond the SBC IT Department (if any), to whom the list(s) of people designated as warranting e mail interception (Question 8) have been distributed. Any public body SBC Officers think would be interested.

18. Please can you confirm which public bodies beyond the SBC IT Department (if any), to whom the list(s) of contributors to the Real Whitby and North Yorks Enquirer internet news magazines who are designated by Scarborough Council as collectively causing nuisance and distress to Councillors and Council employees (Question 12) have been distributed. Any public body SBC Officers think would be interested.

19. The legal power you assert which authorises SBC to maintain these lists and to authorise e mail interception. There isn’t one, that is why we SBC Officers will not respond to this question.

On a personal note, I am sorry we are still at issue over this.

I look forward to hearing from you in due course. Be assured I will arrange for any rebuttal of my views or any comment on this that you or any other Councillor wishes to make, to be published in the NYE. If it is your intention not to respond, please can you let me know.