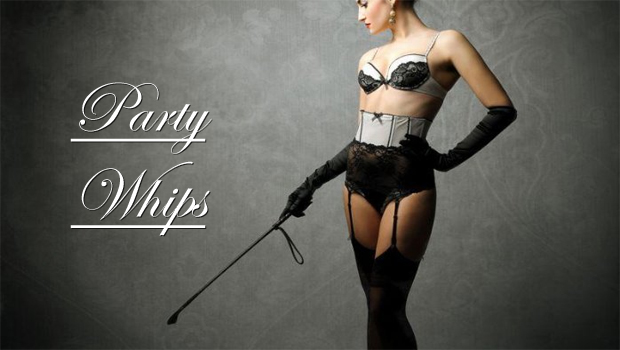 My opposition to party political representation at the County, Borough/District and Town/Parish Council levels of local government is, I should hope, by now well known; in my opinion, it is neither desirable nor necessary.

This view has, for the most part, been embraced at Town/Parish level for the rather obvious reason that the powers of third-tier Councils are constrained, geographically, to the Parish boundaries and, statutorily, to the management of allotments and the like, and not much more. They are also, of course, Statutory Consultees – for all the notice the Planning Authorities ever accord to them.

So, at least at Town/Parish level, there is no relevant frame of reference for declaring allegiance to the dogma of any particular political party. Quite rightly.

I regard this as an extremely important manifestation of true democracy at the local level. Why? Because I am satisfied that the decisions made by the Town/Parish Council, limited as they are to quotidian issues of the most mundane and practical nature, need not be informed by political dogma from any quarter of the political spectrum.

I would contend that there is nothing in the nature of the necessary actions of a Town/Parish Council that depends on the ideologies of the recognised political parties. Grass-cutting is not a party political issue. There is no distinction to be made between Labour and Conservative public conveniences. Support to Britain in Bloom groups is not restricted to red, blue, yellow, green or purple flowers.

Unfortunately, this apolitical outlook does not extend to Borough/District or County Councils. Quite the reverse. They are almost invariably hog-tied by the ‘power’ of the Party Whips.

For those unfamiliar with the term, at local government level, ‘Party Whip’ is the name given to the Councillor(s) whose duty it is to ensure that all Councillors in her/his party (i) do their utmost to attend meetings and (ii) vote in favour of any Motion tabled by her/his party (or against any Motion tabled by any Opposition Party Councillor). Abstentions and votes against the party line are punishable by periods of “suspension of the whip” (effectively, suspension from the Party Group) or, in extreme circumstances, outright expulsion from the Party – viz. the case of Dominic PEACOCK of East Riding of Yorkshire Council (granted that ERYC is a Unitary Council, i.e. closer, in terms of statutory powers and responsibilities to a County Council rather than to a Borough/District Council). Wikipedia states:

At Borough/District level, the Party Whip is generally the Chair or the Leader of the Party Group.

At the heart of my opposition to party political representation at, say, Scarborough Borough Council, is that there exists no compelling argument to convince me that the powers and responsibilities of the Council, though significantly greater than those of a Town/Parish Council, benefit the electorate in any way from party political protagonism and the Whip system. The line underlined in red in the above graphic tells the whole story of the drift toward single-party hegemony.

The restoration of Whitby Piers, for example, depends not one iota on the ideologies of John Maynard KEYNES or Karl MARX; the rock-armour in front of the Spa embodies no political ingredient; the ‘devolution’ of the public conveniences to the Towns and Parishes is a financial decision, not an ideological one.

Of an even more fundamental significance is that every Councillor is elected to represent the views of ALL of the people within her/his Ward/Division – not just those who voted for her/him. Though she/he may have been elected in virtue of her/his membership of a particular Party, she/he is NOT elected to represent only the supporters of that Party, or – and this is crucial – the Party itself.

Specifically, every Councillor’s paramount duty must be to the electorate and the populace more generally – not to her/his Party. Anything less is not democracy.

Ideally, electors would choose to vote for the candidate in whom the most confidence would appear to be justified when it comes to representing the best interests of the local community; the ablest, the fairest and the most honourable. Once elected, the Councillor cannot be expected to satisfy the desires of all of her/his electors – for there will always be extremes of opinion – but even those whose desires are disappointed should be confident that, at the very least, their Councillor has voted in good faith and with complete integrity. That cannot be the case when a Councillor has been ‘whipped’ to vote contrary to her/his electors’ wishes and her/his own good conscience.

But there is more – and it gets worse.

Take, for example, the Allowances paid to Party Whips at East Riding of Yorkshire Council: 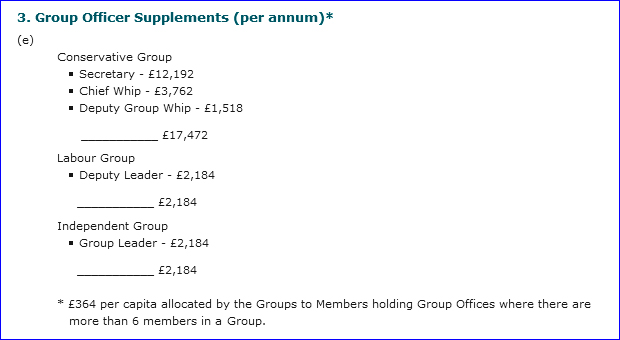 My point is this; the ERYC Conservative Chief Whip and her/his Deputy receive extra Allowances in the sum of £5,280 per annum – an extra five grand odd a year from the public purse, but for what?

To persuade, cajole, coerce or bully fellow Conservative Councillors (perhaps your Councillor) into voting not how her/his electors would wish her/him to vote, or how her/his conscience informs her/him to vote, but how the Party insists she/he must vote. And how the Party insists may well be not even be that; it may be no more than how the Leader dictates his Group to vote. In which case, it would be true to state that the Whips are being paid from the public purse – i.e. by Council Tax payers of all political persuasions – to enforce the will of the Leader of the ruling Party.

Surely, this removes the δεμος [demos = people] from democracy? Surely it establishes the αυτω [auto = self] in autocracy?

This is a hair’s breadth short of dictatorship.

Those electors who voted for any given Councillor may (or may not) support the Party line. But what of the rest of her/his electorate – those who voted for other candidates but are nevertheless entitled to democratic representation from the incumbent? In my view, their representation is denied to them as a direct consequence of the application of pressure by the Whip – a pressure that takes no account of electors’ wishes or Councillors’ consciences.

All this is reminsicent of Enquirer editor Tim THORNE’s exposure of Tory NYCC Councillors incorrectly claiming Expenses for travelling to Bedale not in order to attend Council functions, but to attend Conservative Party ‘get-togethers’ or ‘bonding sessions’. Clearly, non-Tory voters were quite right to take exception to that practice.Thanks to Tim THORNE’s diligence, those Councillors were forced to repay the money. Two of them are still serving SBC and NYCC Councillors – David JEFFELS and Helen SWIERS; past and present Chairs of North Yorkshire County Council since their infractions. (Do the Tories always reward failure?).

The public purse should not be financing Party-specific Allowances and Expenses. These disbursements should come from Party coffers.

The Conservatives have held a majority at SBC for many years. Since the inception of the Cabinet system, it has been almost impossible for any of the Opposition Parties to bring a Motion to debate in the Council, much less to successful Resolution, because first there must be a Motion (and a vote) to suspend Standing Orders and this is invariably defeated by the intransigent Tory majority. Given the use of the Whip, it is effectively a one-Party system.

I repeat, I am strongly opposed to party politics at local level. Much of the business of party politics concerns itself with matters of national and international importance – trade, defence, foreign policy, work and pensions, etc – which simply cannot be addressed at the local level. Councils play no part in such matters. Party ideology is unnecessary to local issues. Our local Councillors should be acting solely in the best interests of the populace, without reference or deference to Party allegiances at Westminster.

I believe every vote in Council should be a free vote in which every Councillor is at complete liberty, having formed her/his evaluation of electors wishes, on balance, to represent those wishes, tempered only by good conscience and a firm application of Lord Nolan’s Seven Principles of Public Life, in the way that she/he votes. That surely represents a higher order of democracy than the system presently in place.

It is bad enough that the present system supports the practice of Party Whips whose function it is to persuade, cajole, coerce or bully fellow Councillors; worse still is the fact that taxpayers of all other political persuasions are paying them extra to do so. This is not equitable.

Instances in which blind obedience to the Whip has resulted in diabolical decision-making are so commonplace as to require no rehearsing in detail here, but consider these a few examples of how the pursuit of Party reputation management has led to some quite horrific cover-ups:

And make no mistake, the only impediment to the proper investigation and subsequent exhaustive public report on the Ben MARRIOTT fraud and corruption allegations is the determination of the Scarborough & Whitby Conservative Association, as represented by Leader Councillor Derek BASTIMAN and his minimal Tory majority, to avoid further disrepute. The truth will out only when – and only when – the Tories are out.

Or when Councillors are free to vote in accordance with good conscience and their electors’ wishes.

That Tory majority is under immediate threat, hanging as it is on the outcome of next Tuesday’s Mulgrave by-election. If Hugo FEARNLEY [Lab.] can defeat the three candidates who dodged the hustings, it requires only a public-spirited alliance of all Opposition Councillors to set the Council on course to redeeming its lost reputation. It will be an arduous journey.

I am pleased to report that a growing number of Councillors and would-be Councillors are finding my views persuasive. I believe they are taking small steps towards helping us realise our aspiration to true democracy.

Presently, I will be writing about Allowances in relation to Attendance figures – and other rolling-stock of the gravy train.

Inevitably, there remain those at SBC who would prevent me from expressing my views. Have they something to lose? Or something to hide?