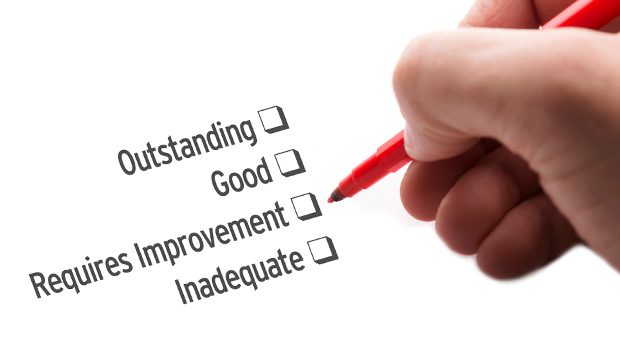 As a prelude to the imminent (and long-awaited) OfSTED Inspection of Whitby’s Eskdale School, I thought it might be interesting to examine the track-record of the HMI who signed off two recent Reports, the contents of which read, to this reader, more like promo brochures than objective evaluations – Her Majesty’s Inspector Debbie REDSHAW (Lead).

For those who missed Debbie REDSHAW’s Reports for Richmond School and Caedmon College Whitby, here are the download URL-links:

Unfortunately, neither PDF word-searches for permutations of ‘Debbie’, ‘Redshaw’, and ‘Debbie Redshaw’, nor a manual scroll down the list’s 82 pages, revealed an Inspector of that name.

Still, that was twenty-one months ago.

Perhaps there was a more up-to-date list squirreled away somewhere else?

Sure enough, I soon located the “List of Ofsted Inspectors completing inspections on behalf of Her Majesty’s Chief Inspector of Education, Children’s Services and Skills“ (last updated 7th Feb 2017 – 2017, mark you) on the www.gov.uk website, here.

Unfortunately, neither PDF word-searches for permutations of ‘Debbie’, ‘Redshaw’, and ‘Debbie Redshaw’, nor a manual scroll down the list’s 67 pages, revealed an Inspector of that name.

All of which leads me to speculate that Ms REDSHAW has a very short track-recxord and may be only recently-qualified (her Reports seem to be all within the past 10 months or so) – not exactly a wily old sleuth – so perhaps not the best choice to send in to two schools which have been severely criticised by parents in relation to Safeguarding issues, and where allegations have been made to the DfE and OfSTED of interference by the schools’ senior management such as might very well have compromised the integrity of the Inspections.

Ms REDSHAW, we recall, has given Safeguarding a green light at both schools.

So that’s alright, then.

But it appears to me that OfSTED’s response to the widely-known and already reported Safeguarding issues at both schools was, in a word, to send in a rookie. How benign.

It will be interesting indeed to see who appears as Her Majesty’s Inspector (Lead) when the gang turn up at Eskdale School (next week?).

My guess is that, if Pete DWYER has any influence (and given his long-standing predetermination to close Eskdale School), it will be the OfSTED equivalent of a hanging judge.

In other words, I doubt that the ‘benign’ inspection technique will be deployed at Eskdale School. Quite the opposite.

We all know whose interests will be best-served by a ‘Requires Improvement’ rating for Eskdale – and it ain’t the kids, who deserve better than to be the victims of a NYCC hidden agenda (as my fellow Enquirer contributor Mike WARD [no relation] terms it).

I was interested to learn that OfSTED’s former Regional Director Nick HUDSON (who left without fanfare at the end of last year, apparently without a single published accolade or expression of thanks) and NYCC’s Corporate Director: Children and Young People’s Services Pete DWYER (CPYS) have been close colleagues (since 2010) at the Association of Directors of Children’s Services Ltd (ADCS) and served together on a Ministerial Advisory Group – see here and here.

Both contributed to ‘Sustainable School Transformation” (edited by David ROSSLEY) in a treatise purportedly on the subject of school-led systems, here, judging from which Nick and Pete certainly appear to share a common purpose (capitalised, if you think it appropriate – like this: Common Purpose).
In fact, in their own words, they are espousing the exact opposite of school-led systems – more like top-down control. Guidance by edict.
Compare and contrast the following quotes; first, Nick HUDSON (p.217):

This, to me, sounds like an ethos of ruthless expedience and a methodology of Machiavellian manipulation. The best interests of the kids seem conspicuous by their absence.
One can imagine a cosy little four-ball at Ganton: some permutation of HUDSON, ROBERTSON, PRYTHERCH and DWYER. (With PRYTHERCH now standing alone on the eighteenth green, putter in hand, and the other three dropping into the clubhouse to pick up their severance settlements, en route to even greener pastures).
Following Nick HUDSON’s departure form OfSTED last December, Pete DWYER lost little time in departing, too (24th January 2017). Reportedly, he is staying on only to oversee the conclusion of his proposal to close Eskdale School. Perhaps he feels the end is in sight.
Then, of course, came the news that Ian ROBERTSON had also announced his forthcoming retirement (27th January 2017). Reportedly, he is staying on only to until on-going investigations are completed.
But returning to Pete DWYER, there is life in the old dog yet – so a certain amount of speculation about his next career move is not inappropriate.
One might reasonably surmise that he will be staying in the education ‘industry’; perhaps following in the footsteps of Nick HUDSON, who has lost no time at all in establishing himself as Chief Academy Improvement Officer at Ormiston Academies Trust (a MAT of 29 schools, spread throughout much of England), no doubt with a six-figure salary and all the commensurate ‘incentives’. Which is not for one moment to suggest that, without his friendly OfSTED Regional Director to hand, Pete DWYER simply chose the expedient moment to pass the North Yorks reins to someone unsuspecting with a clean sheet. Emphatically not.
In my view, it may be nothing more sinister than a satisfying sense of ‘mission accomplished, time to move on’.
But I would guess that if the name ‘Pete DWYER’ should, in future years, ever find itself inscribed in the Annals of Whitby, it will be with the briefest of commentaries:

Scant consolation that would be to a lost generation.