It has quietly been announced that ‘retiring’ Principal of Caedmon College Whitby, Mr Keith PRYTHERCH – whose ‘retirement’, following a disappointing OfSTED Report, was reported here on the Enquirer on 21st October 2017 – is to take over as temporary Executive Leader (for two terms) of Northallerton School and Sixth Form College (incorporating the former Allertonshire School) – follow the links for the most recent OfSTED Reports: ‘REQUIRES IMPROVEMENT’ and ‘GOOD’, respectively), where Principal Mr Chris BYRNE and Chair of Governors Mr Robert BARKER have both opted for retirement following what has been described as a ‘turbulent time’.

Quite why Mr PRYTHERCH – who is widely considered to have inflicted irreparable damage on schooling in Whitby – should have been selected to ‘fill in’ at Northallerton is presently unclear. However, sources in the education sector are suggesting a strong hand is needed to keep a lid on yet another ‘reputational management’ conundrum at Northallerton. One former governor described the PRYTHERCH appointment as being “like sending a petrol bowser to douse a forest fire”.

The Enquirer will, of course, continue to enquire . . . 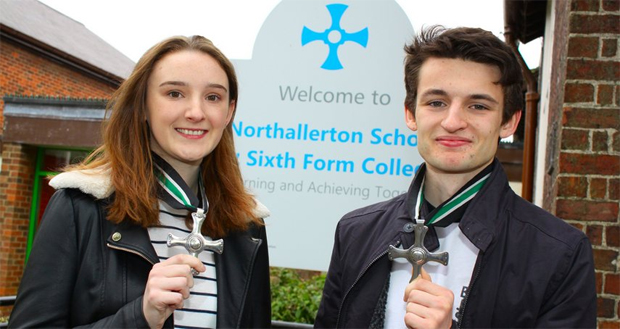 Reorganisation of roles for senior staff

I am writing to inform you that the College has received an approach from the Local Authority asking us to help another school in the County, which is facing serious difficulties. The specific question put to the Governors was ‘could we release Mr Prytherch to become the Acting Head of this particular school for the next two terms, starting in January 2018?’

The Governing Body has met to discuss this matter and has agreed to the LA’s request. We see it as the College’s duty to help another LA school and one that we can and will manage with little disruption. We also consider it to be a fine accolade for the school and recognition of the work that has been done at CCW over a long period of time.

I would like to reassure you that the impact of this has been thoroughly considered by the Governors and Mr Prytherch.

We have full confidence in the Senior Team to ensure that all students continue to make excellent progress and are engaged and happy in their life at the College.