A Letter to the Editor from Scarborough resident (and former SBC Officer) Rita HOLMES, who writes to shed light on another disturbing example of the seemingly ‘special relationship’ between Scarborough Borough Council and Benchmark – otherwise known as the Roland DUCE empire. [See also Rita’s Letter to the Editor of 4th November 2017 – “The Lark of the Covenant”].

Scarborough Borough Council is proposing to give a further area of Public Open Space in the North Bay east and south of the Water Park to Roland Duce of Benchmark.

In April, 2015, Councillor Fox (Leader) gave a large area of Public Open Space north of the Water Park to Roland Duce, reason given that it was required as a mitigation area for great crested newts at the request of Natural England.

This planning condition 18 had been discharged twelve months earlier to their satisfaction without the inclusion of the Public Open Space.

This time the application is for a camp site for nine camping pods, three in the woods to the south and six in front of the Water Park overlooking the sea on the area formerly a children’s playground provided by Persimmon for the residents of the adjoining estate.

This land and the woodland to the south on which it is proposed to develop as a camp site is a PUBLIC OPEN SPACE. It has been fenced with construction fencing for twelve months, preventing access, and has recently caused the death of a deer. 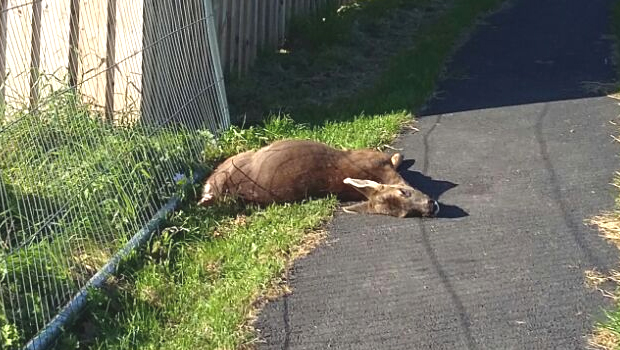 It is blocking a route used by the roe deer and should not be fenced at all.

There is a procedure for the disposal of a PUBLIC OPEN SPACE even on a leasehold basis.

NOTICE will need to be displayed on site and in the LOCAL PAPER for two consecutive weeks in accordance with Section 123 (2A) of the Local Government Act 1972, inviting members of the public to raise any objections they may have. Any objections would be required to be presented to Council.

THIS HAS NOT BEEN DONE PRIOR TO THE DEPOSIT OF THE PLANNING APPLICATION.

This planning application is proposed to be considered under DELEGATED POWERS (planning officers).

COUNCIL CONSTITUTION STATES THAT ALL PLANNING APPLICATIONS ON COUNCIL OWNED LAND SHOULD BE CONSIDERED BY THE PLANNING COMMITTEE AND NOT UNDER DELEGATED POWERS.

Residents are opposed to any further development especially a camping site in operation 24 hours per day in close proximity to their properties.

Part of my planning objection was redacted as I referred to the Ecological Management Plan, in particular the requirements to protect species in the woodland such as badger gates and improve the habitat for great crested newts. Is this EMP still current or has it been totally ignored by SBC to assist the applicant with his planning permission?

Benchmark have a development agreement with SBC for the North Bay but little has been completed – even the “STATE OF THE ART WATER PARK” has been surrounded in scaffolding since July, together with three shipping containers and three portacabins in the service road. How long does it take to fit out a Spa? Four portable toilets provided to comply with license regulations in respect of toilet requirements are still in place next to the infinity pool.

North Bay is now a derelict wasteland with little prospect of this grand development scheme ever been completed.

Perhaps Scarborough Borough Council should find another developer who has funding without loaning any more unsecured.