Is there still a hidden agenda behind what is happening in education locally?

Given what has happened you would hope that everything done going forward will be in the very best interest of all students as well as being conducted in a fully open and transparent manner.

Have the views of pupils, parents, teachers and residents been listened to and will they be respected?

Is that just hope rather than expectation?

If I was a betting person, would I risk my money on forecasting the provision for education in Whitby even in one years time? No I wouldn’t.

Despite the ongoing actions of parents, pupils, governors and staff at Eskdale, I still have serious concerns. I am just praying that I am wrong and that any fears are ill-founded.

At one of his first meetings in Whitby, Pete Dwyer, the Director in charge of educational provision for the County, outlined his plan for the area – one 11-19 school split over two sites – the same plan, in fact, as that proposed by his predecessor, Cynthia Welbourn. There was to be no new purpose-built school or a willingness to look at any other option. It was all simply down to Whitby costing the County too much money. His mind had been firmly made up by others, locally and at County Hall. He was set against any other alternative from the very start, refusing to investigate or cost other options.

As someone who has always enjoyed KP nuts, all I could say was that I thought that proposal was nutty. I still do! Senior educationalists had not, as the company manufacturing KP nuts did, used their knowledge and expertise to create a new and exciting product that had something for everyone.

My personal preference has always been for the creation of two 11-16 schools with maybe a local 6th Form Campus linked to Scarborough 6th Form. Some subjects, if numbers permitted, could be provided in Whitby whilst for other options there would be free buses to Scarborough. From 16, many of our young people are already sourcing better education and far wider options with improved resources outside of the Town. Unfortunately, as with our hospital, to get the very best you have to accept the need to travel and already maybe the majority are doing so.

To continue the fight for a stand alone 6th form in our town is bound to fail, if not now then certainly in the medium term.

What will Pete Dwyer’s legacy be in our area? How will he be remembered?

Does he still have one throw of the dice left before he retires in July?

Will his business and personal connections inside and outside the educational arena make it difficult for him to do what many consider to be the right thing?

Will pressure be brought to bear on him to ensure one split-site 11-19 school is established in our town?

If this happened, with one site being sold, some monies would certainly be due to a cash strapped NYCC Will North Yorkshire County Council offer no objection to Eskdale’s move to become an 11-16 school and gain Academy status , or will they wait until after the County Elections to announce a change of plan?

I have always believed that Ofsted Reports could never be influenced by any County Officers but is this the case in Whitby?

Could the recent ‘Good’ Report for Caedmon be followed by something different for Eskdale, thus giving Officers their chance to impose their plan for Whitby.

What is GOOD in terms of the league table of Secondary Schools in North Yorkshire as reported on the GOV.UK website? There are approximately 41 schools (excluding independents) in North Yorkshire currently providing 11-16 education. Ryedale is ranked 9th, Scalby 15th, St Augustines 19th and Lady Lumleys 20th.

Caedmon comes in at 28th. Is GOOD then really that good?

Of the 13 schools below Caedmon in performance, 8 are below or well below the national average and giving very serious cause for concern.

In the latest Ofsted report for Caedmon College Whitby, it says:-

All schools would admit to having some members of staff who, at times, could do better. Schools have been known to ensure one or two members of staff are not even in the building when an inspection takes place. Others have even brought in staff from other schools to teach just for the couple of days when the inspectors are in.

These practices have never been used at Eskdale. What you see is what you get. Eskdale most certainly does what it says on the tin. They turn out young people in whom we should be proud.

In my mind, and in the mind of many, many others, Eskdale is still an exceptional school. From Headteacher down, they have good teachers and auxiliary staff. Many are indeed very good, some even exceptional. Safeguarding is second to none, with few, if any, incidents of bullying. The new Ofsted guidelines do not cover all aspects of school life, so sometimes reports of ‘Good’ or ‘Requires Improvement’ don’t always show a school in the correct light

My reservations about what will happen after May 1st remain. Eskdale will be due another inspection and I hope no outside pressure can be brought to bear on its outcome. As with our MP, it would have been good to hear from all three of our County Councillors giving their support to Eskdale as many of their residents have children, grandchildren, nieces and nephews going there.

By the time any decision is made, the County Elections will be over and no doubt those Councillors will have been re-elected. Caedmon College obviously wants to increase their numbers and, with that, achieve some salary increases.

Undoubtedly, from a purely business perspective, there are cost savings that could be made if the County’s plan went ahead, but our children’s education should not simply come down to cost. Parents and pupils need CHOICE. Healthy local competition can improve standards. The time spent at school cannot be measured in money terms.

That time will have a huge effect on the citizens of this country for years to come. The future for Eskdale is certainly not as bleak as it was but the fight is not yet won and they still need our support.

Special praise must go to pupils and parents who are fully supportive of what the staff are trying to achieve. I believe 99% want to continue their post-14 education at that school, despite continuing overtures from elsewhere.

If your child has issues in any other school, then moving them to Eskdale now could be a great option. The ethos and atmosphere at Eskdale is second to none. If they are already there, please keep faith with those providing your child with first class education from 11-14, as you won’t get better elsewhere at this current time.

If everyone listens, then that education will be extended to 16 from September 2017. We now just need our County Council and Pete Dwyer in particular to back the acknowledged wish of the community, with NO HIDDEN AGENDA. 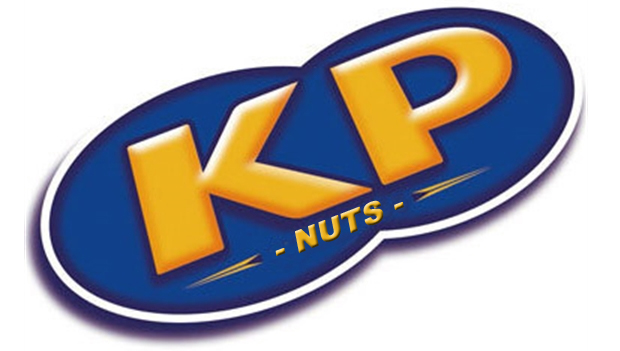