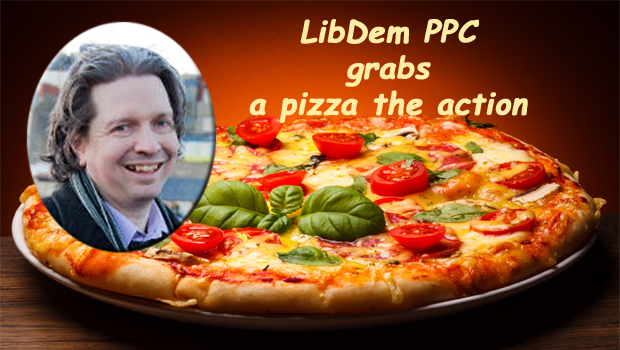 With the dirtiest elections in living memory only a few days away, every party and candidate is walking a tightrope called the Representation of the people Act 1983, the legislation that regulates the conduct of elections – effectively the rule book of “Does” and “Don’ts”.

At the same time, every party and candidate is scrutinising the competition, rummaging after any infraction that may visit some disadvantage, in the hope picking up a few votes.

It was no great surprise, therefore, that when Mike BECKETT, the Liberal Democrat Prospective Parliamentary Candidate for Scarborough & Whitby, Tweeted the following image advertising a LibDem gathering with the tempting prospect of free pizza, some eagle-eyed Twitterato would get a sniff of something more than Mozarella. 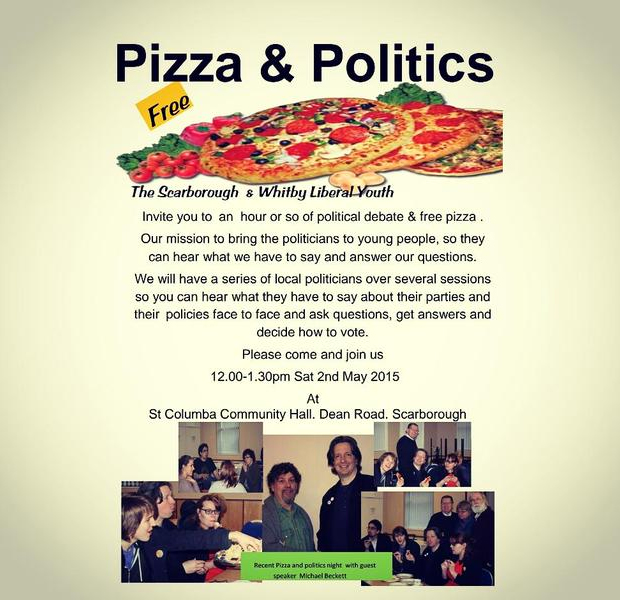 The legal significance of this ostensibly harmless gesture of largesse is that it may be prohibited by Section 114 of the representation of the people Act 1983.

But the devil, as they say, is in the details.

Yes, the big picture is that ‘treating’ – the “providing, any meat, drink, entertainment, or provision to any person” is prohibited and no-one could plausibly argue that pizza fits the bill.

But now consider sub-clause 2(a):

There is the rub.

How would the North Yorkshire Police persuade the Crown Prosecution Service that the “purpose” of the free pizza offer was “corruptly influencing” those who accepted the invitation?

Meanwhile, Mike BECKETT has responded to the Twitterati by Tweeting:

This seems to constitute a robust denial that Mike BECKETT or any other local LibDem candidate has provided the suspect pizzas.

This comes as no surprise because Mike BECKETT has become something of a local by-word for integrity.

On the other hand, he may simply have passed the buck to Scarborough & Whitby Liberal Youth, as indeed the poster freely declares.

For what it is worth, though, some “person” (which, in the legal sense, includes any body corporate – such as the Liberal Democrat party itself, or any of its subsidiaries) sprung for the ‘hot’ pizzas – though it would need a miracle to prove that they were dished out “for the purpose of corruptly influencing” potential voters – as I am quite sure was never for one millisecond the case.

Move along, folks. Nothing to see here. Keep shopping.