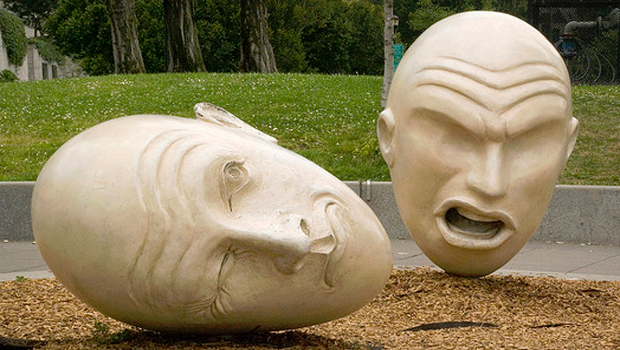 Today’s Letter to the Editor comes from occasional Enquirer contributor, BOB ROBERTS – inspired by a letter by Bob HIRD which recently appeared in the Scarborough News (reproduced at the foot of this page) – appears here in full, unredacted form. It is understood that Mr ROBERTS has submitted the same letter to the editor of the Scarborough News and Whitby Gazette, Mr Ed ASQUITH.

Last week’s letter from Mr R M Hird focuses much on the plight of The Futurist and what many perceive in the town, if not the entire Borough, as a blatant disregard to the will of some of the electorate for the profit of a donator to the Conservative party. Of course, it’s quite easy to understand that rationale.

Equally obviously, the problem within this town, and the Borough, goes much deeper and further widespread than Mr Hird’s remarks.

Over recent years, Scarborough Borough Council has quite simply failed to get things right time after time. There are probably many issues that we the public have not even heard about, abuses of power, unfair and inept decision making that has affected the man in the street, in addition to the high profile cases that dominate local news, the national press and make the town a laughing stock in satirical print.

Many would say it started with the High Point Rendel case, with the then Head of Technical Services John Riby and his infamous false reporting fiasco, which led to his departure from the Council in 2010, only to return as a consultant.

Most of the townspeople are at odds with understanding the way the Benchmark deal was struck and for it to subsequently fall apart and how the contract was “managed” by the then SBC Legal team.

Then along came the borrowing of some £10 million pounds, by a cash-strapped Council, to fund someone else’s business venture. When and where the profits will go and how and who gets repaid first is still a mystery and will probably remain so.

Then we then have The Futurist debacle; the apparent secrecy surrounding the engineering reports, and who (if anyone) is going to underwrite any potential damage to nearby properties as a result of the theatres demolition. How this Council seems unable to comprehend or understand how people feel and address their concerns, to enter dialogue or even come clean and share what they know or don’t know with those interested in saving the theatre.

Then we have the Ben Marriott issue with regard whistle blowing and of course now proven issues of wrong doing in the same department as mentioned previously. Mr Marriott was awarded a significant sum thought to be around £100,000 for constructive dismissal. In the Cabinet chamber only last week the Portfolio Holder for Tourism, in a feeble attempt of aplomb, announced a “good news story” – that the OAT had reached a profit of £50,000. Oddly, the Portfolio Holder for Tourism was previously the Portfolio Holder for IT & Human Resources and presided over the whistle-blowing fiasco. Of course, that £50,000 and much more has been given over to Mr Marriott, as a direct result of dishonesty, incompetence and lack of leadership within SBC.

Then we have the Cllr Michelle Donohue-Moncrieff issue, an issue which admittedly is not so obvious on the radar of many, but is indicative of the level of compassion for the vulnerable, since it was also the Council Leader Derek Bastiman who campaigned so hard opposing the building of the refuge for victims of domestic violence – and fortunately failed. Shame on him on both counts on that point.

Then we have the Bathing Water Quality issue, an issue that had it been taken seriously by SBC may well have taken a different course. Judging now by the entirely reactive approach by SBC and the jokingly named Portfolio Holder for Coastal Protection, it seems he failed entirely to appreciate the impact of the loss of the lowest standard criteria for an acceptable bathing water quality in the South Bay, and that it would have an impact on out tourist industry, let alone the potential for damaging our fishing industry. SBC failed to pay attention and thought everyone else was doing what they should in ensuring oversight and are now in an entirely reactive state of panic. In an attempt to outsource all of the blame on others, SBC held a Q&A session with YW and the EA. Obviously, a meeting regarding all the other issues at stake in the Borough wasn’t on the cards since there is no one else to blame.

Then of course comes the most recent failure within what is known to many in the town as the “Puzzle Palace”.  The ill-fated Parking scheme, which it seems, has now been ruled as unenforceable and even described as an “inelegant mess”. This latest in the list of failures is very likely to cost the town and us its Council Tax payers hundreds of thousands (if not millions) of pounds, meaning more than likely further cut-backs in services to a town already beleaguered by cut-backs.

Why is it, then, that we the general public feel entirely let down by what seems, in comparison to other towns, probably one of the worst Councils in the UK, perhaps in Europe. We see failure after failure and all we get from the Council is silence, when what is clearly needed is a rank and file clear out of those promoted beyond their ability, both Officers and Councillors.

We have a Cabinet system predominantly made of the Tory party with two “not very independent” Independents. Can we conclude from that that the remaining members of the Council are not fit to make decisions on our behalf? Indeed, why should Conservative, Labour, Lib-Dems, UKIP party politics have to enter into local government at all? What does it contribute? It should be the best person for the job, regardless of their political persuasion, and do what is best for the town. A “rainbow” Cabinet would go a long way to persuading the electorate that Councillors really do work for the benefit of us all, rather than pursuing their political beliefs.

There must be some good honest, competent people with integrity within SBC, staff or councillors. I suspect at times though they feel like lions led by donkeys. They must feel let down and mocked by the general public. Cllr Sam Cross is exactly right in his call for North Yorkshire Police to be called in, only then will we see a semblance of trust and confidence restored, although that is likely to take a long time.

Finally, at what point does Councillor Bastiman realise that he is indeed presiding over a failing Council? That honesty, integrity and competence must be shown to exist within the “Puzzle Palace”? That he has a grip on the Officers from the top down and also that the views of the Cabinet reflect those of the people. Heads need to roll, people to lose their jobs for wrongdoing, and Councillors replaced. Last week’s Cabinet webcast clearly indicated that.

Lets hope this happens before its too late, before the town becomes financially bankrupt, and bankrupt of reputation and democracy.

To conclude, I am not ashamed to admit that I have signed the NO CONFIDENCE Petition currently doing the rounds – and for good reason.