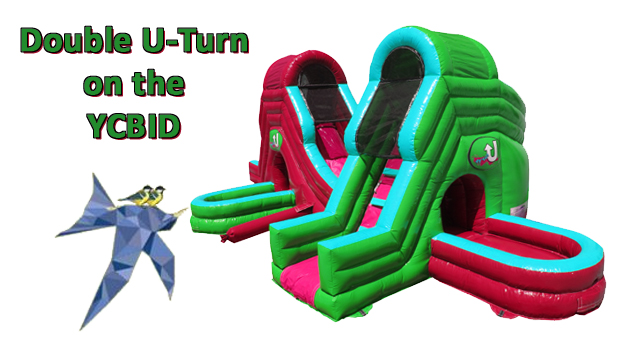 In response to a bizarre report in the Scarborough News, Guest Author NORMAN MURPHY delivers a retrospective on the rise and fall in favour of the Yorkshire Coast BID in the eyes of the SBC Leader – and the part played by Whitby businesses and the Yorkshire Coast Levy Payers’ Association. Sterling work.

I do not think it would be an exaggeration to say that how any fair-minded person who even casually looked at the introduction and subsequent administration of the Yorkshire Coast Destination BID (YCDBID) could come to any other conclusion than that this project is a deeply flawed, and many would argue, totally corrupt scheme.

Indeed, the YCDBID scheme, introduced by the previous Conservative Council leadership, is seen by most, if not all those who are eligible to pay the BID Levy, as a legalised way of robbing local business owners of £5 million.

No doubt those who introduced and now run the BID scheme saw it as a huge trough into which they could shove their greedy little snouts, gobbling up Levy-payers money, supported and protected by the then Council leadership, which they would enjoy “invincibly” for the foreseeable future.

However, the wheels came off the trough when the Conservative leadership were ousted from power and a new regime took over the pigsty. Well that, at least, is what the Levy-payers thought would happen. Almost everyone expected the new regime would condemn the YCDBID, recognising that it was an immoral and unfair scheme which they would move quickly to abolish.

Well, that’s what most people thought; but, as with many things most people expected the new administration would do once in power, they did not condemn the YCDBID. They, in fact, actually supported its continuation.

It seems that the lure of the trough was too great for their little snouts to resist and they allowed the BID to remain in place. And so, for the last fourteen months, the YCDBID directors have continued to rob and deceive Levy payers untroubled by the new Labour administration who, it seems (for reasons you may imagine yourselves), have continuously supported and defended the scheme.

So it came as something of a shock and surprise when at Cabinet, on 21 July 2020, Labour Cabinet members were suddenly queuing up to condemn the YCDBID. Council members agreed the company hadn’t looked after businesses during coronavirus and said levies for next year should not be collected, nor should outstanding debts in the form of unpaid levies from 2019-20. They also criticised the list of initiatives for 2021 that the company released earlier this week, calling it ‘too little, too late’.

“If the DBID is listening to this they will understand the strength of feeling from members about the way they have operated and continued to operate and take note of it and come to the table and discuss with Overview and Scrutiny how they are going to improve it and publish what they are going to do. If they can’t then I think it is time for them to go”.

Strong stuff, I think we can all agree – and a ringing condemnation of the YCDBID and its management, if ever there was one.

But why the sudden change of heart by our ‘strong’ leader who has had over a year to come to the obvious conclusion that the YCDBID scheme is nothing short of daylight robbery?

Well, as with most things this Labour administration has got up to in its fourteen months in power, not all might be what it seems and Machiavellian forces might well be the reason for the leaders sudden change of tack.

As it will be recalled, the most vociferous voices against the unfairness of the YCDBID have come from business owners in Whitby. The business people in Whitby quickly saw how damaging the YCDBID would be to their businesses and tried, unsuccessfully of course, in the run up to the 2019 local elections, to get the then Conservative Whitby Councillors to support their attempts to have the BID scheme scrapped. The Whitby Conservatives, of course, did not want to know and no doubt thought that not supporting the wishes of the Whitby business community would not damage their election prospects.

The Labour candidates, on the other hand, were more than happy to tell the Whitby people, and especially business owner, that if they gave them their votes, and they got elected, they would do all they could to have the YCDBID scheme scrapped.

And so the Whitby people took their Labour candidates at their word and three Labour members were duly elected to wards in Whitby.

These three Whitby seats gave Labour 13 seats in total and they, in their turn, allowed Labour (with Independent Group support) to take control of the Council and Steve ‘The Pimpernel’ Siddons became, against all the odds, leader of the Council.

So far so good, for Labour.

However, it did not taken long for the wheels on the wagon to start looking decidedly wobbly for our intrepid leader. Broken promises which have been a constant aspect of the new leaderships short term in office have been regularly reported on. The leaders frequent trips to Mediterranean hot spots has also been noted and has not gone down too well with voters.

Indeed, the local Labour Group has been progressively losing support ever since they came to power and the vote of no confidence, which they narrowly survived, might well be brought against then again in the near future. And next time they will almost certainly not be so lucky.

So, as can be easily seen, the support of the three Whitby members is critical to the Labour leaders survival. Now prior to the vote of no confidence it seems that an arrogance and air of invincibility had convinced the leader that he was invulnerable and could rule in any way he saw fit. This in turn convinced him that the ever louder voices of discontent coming from Whitby business leaders over the continuing imposition of the increasingly unpopular YCDBID could be ignored.

But Whitby business leaders would not be ignored and continued to press their Labour members who, it should be remembered, had said they would support moves to have the YCDBID scrapped, to make good on their promises and support their efforts to have the scheme abolished.

However, although our intrepid three Labour Councillors repeatedly asked the leader and his sidekicks to come out strongly against the YCDBID the leader steadfastly refused to support the abolition of the scheme. Indeed, when he was told that there was a large body of people in Whitby who were going to refuse to pay the YCDBID levy, he ordered one of his flunkies to tell them that if they did not pay up they would be prosecuted. And when they were then forced to pay, they would be at the bottom of the heap with regards to getting anything out of the BID.

Needless to say, this infuriated various communities in Whitby and Labour support nosedived just as quickly as the leaders snout had into the YCDBID trough.

However, at this point the unpopularity of the Whitby Labour group did not matter much. After the vote of no confidence had been won, and when the leader made a few concessions to the Independent Group, he no doubt he felt secure again.

And indeed he would, in all probability, have continued to believe he was secure as long as the present political make-up of the Council remained in his favour, with his little band of thirteen members keeping him in power.

However, having just thirteen members out of a forty-six strong Council is a precarious place to be, to say the least, and this is why, many think, his change of heart over the YCDBID has now suddenly immerged.

There is a strong rumour going round that one, possibly two, of his members in Whitby are getting sick of all the criticism they have received, not only over their reneging on the promise they made to support the levy-payers, but also over their pathetic performance in Council, and consequently, once the lockdown is over, they will quit.

Should this happen, of course, this would trigger a by-election and as Steve ‘The Pimpernel’ Siddons, glorious leader, knows only too well, Labour have more chance of being arrested, rather than getting elected, in Whitby.

So when we look at the fragile state of the current Labour administration and its power-mad but totally incompetent leader, we may see that their sudden withdrawal of support for the YCDBID makes a little more sense.

Steve ‘The Pimpernel’ Siddons could not care less about BID levy-payers, Whitby businesses nor in fact the people of Whitby who will probably lose their jobs because their employers have had to pay the BID levy, but what he does care about is his own self-preservation and if that means stabbing his former mates at YCDBID in the back – so be it.

However, it is highly debatable whether giving YCDBID management a good kicking will save his skin. The many dirty tackles he has inflicted on his opposition, Borough Ratepayers United, have been well noted by the officials, the VOTERS.

It could well be, therefore, that the YCDBID is the foul (up) which earns ‘The Pimpernel’ his red card and the referee, the VOTERS of Whitby, send him off for an early bath, which will no doubt take place in Tuscany.