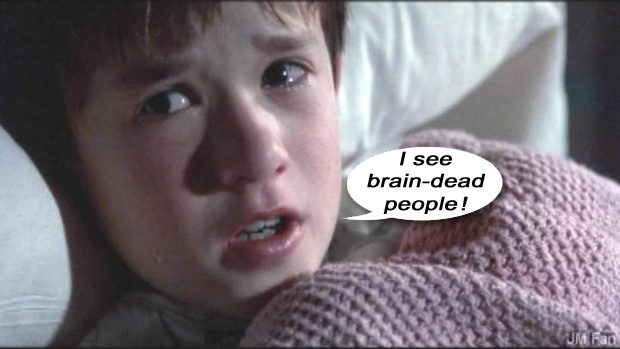 The £2.8million renovation of the Scarborough Market Hall on St Helen’s Square was opened to the public in April 2017. The business plan put forward by Scarborough Borough Council (SBC) was so utterly inept I was amazed it was accepted. SBC’s brilliant plan, put forward by the highly paid business geniuses at the council, was to turn £2.8million of taxpayer’s money into £1.1million of extra revenue for SBC. Great investment!

As part of the £2.8million renovation, an e-commerce website was commissioned at a cost of £210,000 to the taxpayer with SBC’s ‘partners’ Hull University delivering the site. A breakdown of the costs is depicted below. 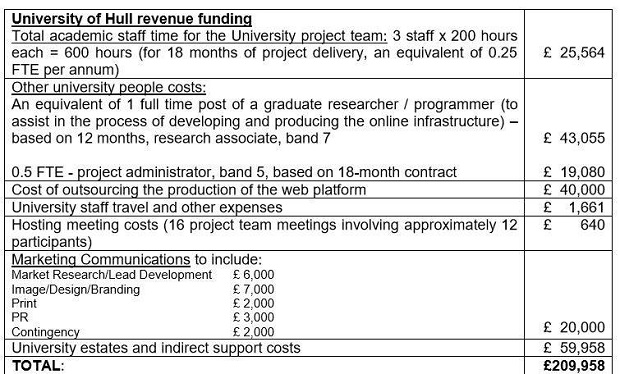 Since April 2017 the Enquirer has run a series of articles regarding the non-delivery of the digital transformation of the Market Hall. Originally, the delivery of the site was due to take place in June 2016. Despite numerous inquiries with both SBC and Hull University, both have retreated into their safe spaces and no comment was ever forthcoming regarding the date the project would be delivered.

The Enquirer has since learnt that the integral part of the e-commerce project, the “Click & Collect” site, which would have given the Market’s traders a digital footprint, will not be delivered.

It appears that Hull University have received £150,000 from the coffers of SBC and have delivered NOTHING.

Hull University states it only received £145,000 from SBC for the Market Hall renovation, but SBC’s Open Data files show £150,000. I wonder what happened to that other £5,000? Stuffed in a brown envelope was it?

The University has to date received £145000 in relation to the Regeneration of the Public Market, Scarborough for Scarborough Borough Council.

After the delays SBC have now delivered a new Market Hall Website, but without any e-commerce functionality and, it appears, at a cost of a few hundred quid. We taxpayer’s have paid out £210,000 for this utter shambles. 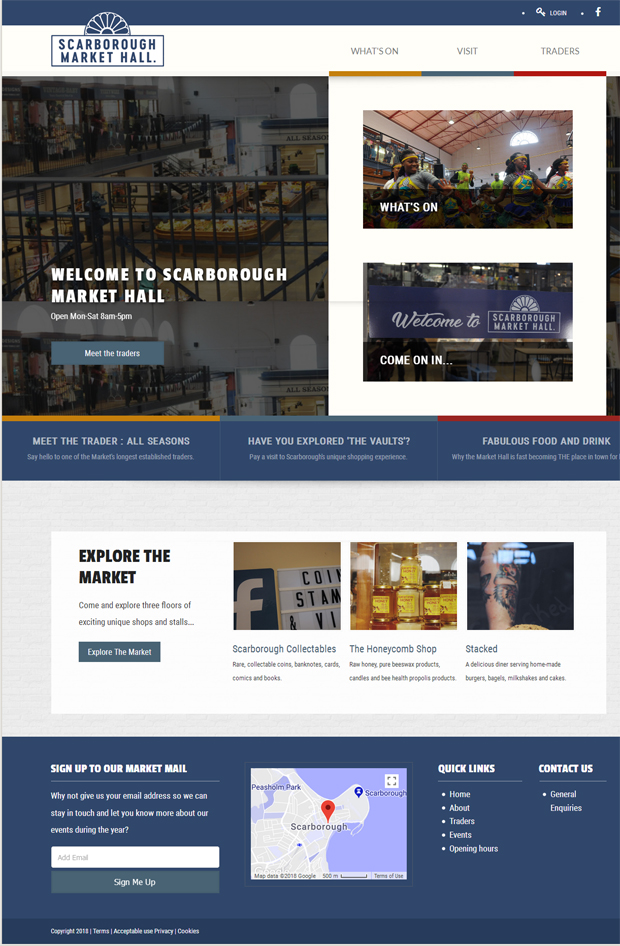 Heads need to roll and this endemic profligacy with taxpayer’s money at SBC must cease. We are not paying the council good money for them to flush it straight down the toilet. Do the population of the Borough a favour and retire early, resign your post or leave office. You lack the most basic common sense needed to manage public funds and our towns cannot take much more of your inept management.