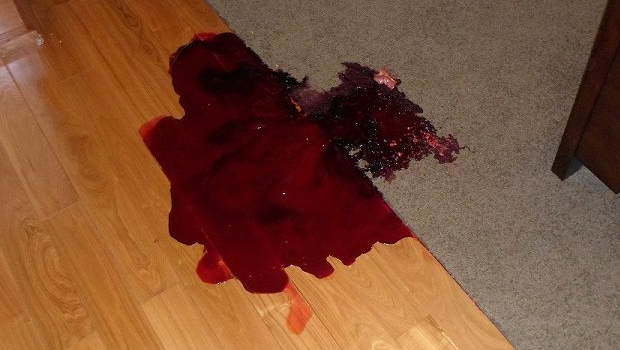 We report on disturbing events at Scarborough & Whitby Conservative Association.

Reacting quickly to the latest events at Scarborough & Whitby Conservative Association, NYE crime reporter Tim Hicks was the first reporter on the scene. Tim’s report can be read below.

N.B. – Tim’s report contains distressing images and so viewer discretion is advised. It is not for those of a weak or nervous disposition, or Conservative Councillors who may be considering NOT toeing the party line.

Police were called after reports of a disturbance at Scarborough & Whitby Conservatives Headquarters in Scarborough. Thinking it was just the normal shindig when the Conservatives celebrate Jaco Day, they turned up two hours later, only to find carnage – three victims, who all turned out to be Conservative County Councillors.

By the time I arrived, the smoke had cleared and the levy-paying undertaker had taken away three victims. Uniformed PCs were cordoning off the scene. 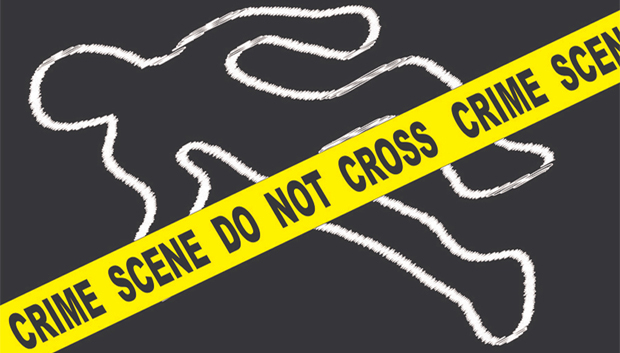 The members’ lounge had obviously been the scene of heavy fighting. All three victims are believed to have put up a good fight and defended themselves fiercely. Each room was heavily stained with bodily fluids. Spoilt Nomination papers littered the floor. Several windows appeared to have been blown out by the shock waves.

It is thought that Councillor Jeffels and Councillor Backhouse met their end here. 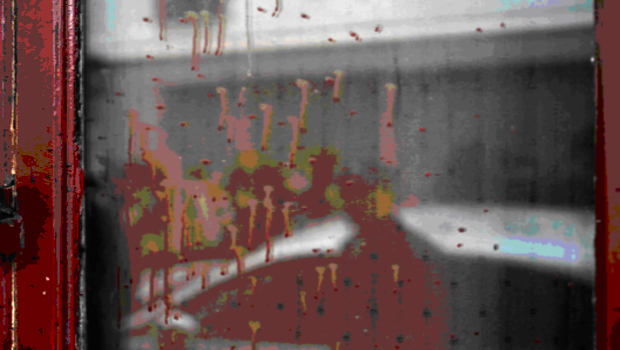 This bespattered door is thought to lead into the room from which a deeply hurt Councillor Jenkinson made good his exfenestral escape to the BREXIT Party pre-fab.

I arrived shortly before an immaculately dressed Councillor Derek Bastiman who, fortuitously, had been attending a clandestine meeting in Whitby.

An appeal for witnesses will be issued by the police in due course. It is believed that the character assassins were known to the three victims.

It is rumoured locally that Conservative Party Headquarters have listed Councillor Jeffels and Councillor Backhouse as killed in action. Councillor Jenkinson is listed as missing, presumed dead from the neck up, captured by the BREXIT party, or possibly he succumbed to his wounds before he could make it to the BREXIT party pre-fab to enlist. There is however no need for any alarm or concern by the public. There will be no difficulty in getting good Conservative candidates for the vacant seats. No doubt the jockeying for position will already be underway.

The suspicion must be that the Conservatives are slimming down and preparing to get fresh blood into the team, to present a younger, more dynamic set of candidates, unencumbered by past failings and controversies. Or at least sentient.

One suggestion is that the mysterious “Miss X” will be standing (which will make a change from lying).

I am personally hopeful that ‘Tweeting’ Tom Seston – who was so comprehensively defeated in Hunmanby Ward by Michelle Donohue-Moncrieff after a series of asinine gaffes – will be a successful candidate.

He will, I am sure, be a tremendous asset to the NYE and the community, by delivering a steady stream of gibberish and Photoons for the NYE covering his personal views and pronouncements in the years to come. But we shall see.