An amusing discussion on the subject of political leaflets, spelling mistakes, errors and one-upmanship resulted in a Toxic Tory Twitter Tirade from a Candidate standing for election to North Yorkshire County Council.

Current Eastfield Town Councillor Jordan Thomas SESTON [Con.], standing for the Conservatives in the Castle Division of the NYCC elections, reacted angrily to having an error on his own leaflet pointed out shortly after after pointing out a spelling error on the leaflet of a Whitby Labour Candidate who had difficulty spelling Yorkshire.

Readers may remember Toxic Tom’s Letter to the Editor when he was a candidate for the SBC elections in May 2015. At that time Toxic Tom was a Kipper.

Presumably, his political perspicacity has led him to the conclusion that he may have a better shot at the £37K Allowances on offer over the next Council term at NYCC by putting up as a Tory this time around. Here is a snippet of his Letter to the Editor:

“It seemed to me that the council was being run by a select few, under a cloak-and dagger regime that refused to talk to its constituents I want do everything in my power to save Eastfield library and the Futurist Theatre.”

So he joined the Conservatives!

Toxic Tom SESTON responded to a Tweet which pointed out a spelling error on an election leaflet promoting Tory NYCC election candidate SBC Councillor Callum WALSH [Con.], who had great difficulty spelling the name ‘W-E-A-P-O-N-N-E-S-S’, as it appears in the name of the Division where he is standing – Weaponness & Ramshill Division. Fortunately, he did spell his name correctly.

In my view, there is no place for rashness in public life . . .

It's ok. This one can't spell Yorkshire. pic.twitter.com/ZPgWvJZnYs

On the subject of getting it wrong, the Tory candidate for NYCC Castle thinks the division is part of a "village". Tissue for egg on face? pic.twitter.com/cObALa15is

The gentlemanly comment by the Conservative Eastfield Town Councillor was directed at the the editor of the North Yorks Enquirer, Tim THORNE, who is also standing for election to NYCC in Castle Division. There may be a purdah issue there.

Of course, that kind of language, published into the public domain, is just the sort of conduct that is likely to bring a Councillor (and his party) into disrepute –  a clear breach of the Councillors’ Code of Conduct. No doubt some well-meaning member of another party will embark upon the utterly futile Formal Complaints procedure. Good luck with that. It is not fit for purpose. 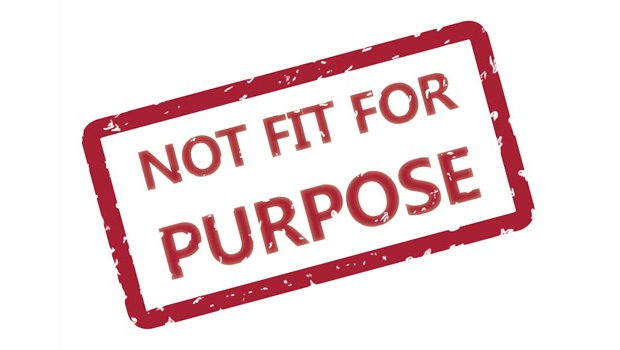