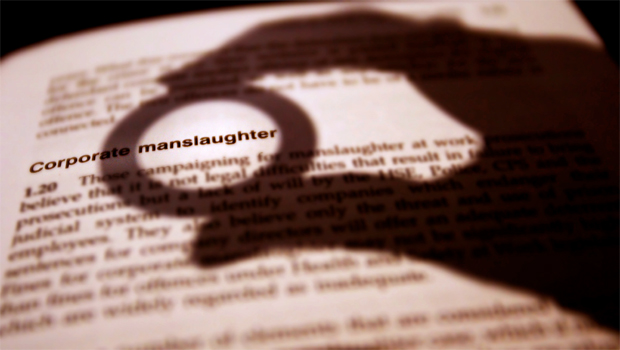 Harrogate has a long history of traffic management problems. For those with a general interest, the Harrogate Advertiser has published a number of reports concerning problems with the town’s traffic-lights systems.

In late October 2015, concerns over the incomprehensible traffic-lights system on Station Parade known as the ‘Pedestrian Scramble’ came to a head when an 83-year-old man was knocked down by a car and later died (on 6th November 2015). Again, the Harrogate Advertiser covered the “utter nightmare”.

The spectre of injury and death in urban road traffic accidents places a huge burden of responsibility on the North Yorkshire Council Officers who administrate the deployment of traffic-lights, preparation for which entails calling upon a variety of specialist skills – traffic-flow monitoring, risk assessment, disability impact assessment, public consultation, computer modelling, drafting of regulations, etc, etc – quite aside from the physical installation and 24/7 operational management of the ‘hard wiring’. It is a serious business; lives are at stake.

So I decided to investigate the diligence and justification (if any) with which the ‘Pedestrian Scramble’ at Harrogate’s Station Parade had been brought into being.

There can be no doubt that it is a monumental cock-up. What I wanted to know was: whose cock-up?

Because somewhere in the higher branches of Council hierarchy is an Officer upon whose recommendation an Executive Member and other Councillors were called upon to vote “Yay” or “Nay” to the scheme. And what could they know, beyond what was spoon-fed to them by their Officers? How often the tail wags the dog.

So, on 21st December 2015, I lodged a Freedom of Information request with North Yorkshire County Council, seeking answers to the following questions:

In reference to the central Harrogate traffic lights system, including the section known as ‘scramble crossing’ (as referenced in the following press report: http://www.harrogateadvertiser.co.uk/news/local/station-parade-businesses-dub-100-000-scramble-crossing-an-utter-nightmare-1-7567531), please provide the following:

(3) The cost of the design, construction and installation of the central Harrogate traffic lights system,

(4) The cost of any external consultancy advice in respect of the central Harrogate traffic lights system,

(5) The document bearing the name and signature of the Officer/Councillor who bears the ultimate responsibility for authorising the central Harrogate traffic lights system.

In short, I wanted to know how a procedure containing, on the face of it, many checks and balances could conceivably arrive at such a disastrous result.

And, as you see, Item (5) was the $64K question. With whom does the buck stop for such an unmitigated folly – a folly that has already cost one man his life?

Perhaps the greatest duty falling to every one of us in a civilised and democratic society is the principle of personal responsibility. And yet wherever I look in the large commercial corporations that our public authorities have become, I see an almost complete absence of personal accountability.

Somebody recommended a traffic-lights scheme that has, from its inception, drawn criticism and vehement complaint from the local population – who, I am sure, take no satisfaction in having been proved right by an unnecessary fatality.

On 14th January 2016, I received my response from NYCC – to their credit, comfortably within the statutory 20 working-day time-frame.

The response to the all five Items of my request scan be viewed here, but it is the response to Item (5) that I propose to address in some detail here.

Having noted that the Officer signing off the Decision Record was none other than NYCC Director of Business & Environmental Services David BOWE. His primary source was a Report to Executive Members, signed off by Assistant for Highways & Transportation Barrie MASON on 12th December 2014.

During my first ‘speed read’ of the Report, my eye fell immediately upon this:

So. It was a ‘rush job’ – rushed because NYCC ‘optimises’ its revenue by seeking funding from central government for virtually every project that can be dreamed up to fulfil the criteria upon which grant funding is contingent. Why? Because a valuable slice of each grant is absorbed or dispersed underwriting unnecessary jobs at County Hall and keeping preferred contractors solvent (and more) – for which, quite naturally, they evince appropriate gratitude. Projects are pursued not serve residents but to serve the ‘apparat’.

And worse, it was a ‘rush job’ that seems to have drawn upon no further consultation beyond the Steering Group. One might infer that not only was it rushed up the command chain, it was virtually forced up, like rhubarb under a box – so great is the determination to pull in grant funding.

But it gets worse still. Far worse.

So, at a crossing referred to as a ‘Pedestrian Scramble’, neither the Officers nor the Steering Group could foresee that (i) the aged, (ii) the disabled, and perhaps (v) the heavily pregnant (or mothers and toddlers) might struggle to ‘scramble’ across the carriageway quickly enough to avoid what happened to that 83-year-old man? Is that not an “adverse impact”? Death by automobile impact?

And yet, in the very next Article, we find this:

Forgive my cynicism but, in my view, the subtitles to all this Council-speak read, “Let’s grab some of this grant funding before the pot runs dry!”, and to hell with any “adverse impact” on the most vulnerable pedestrians or the breach of duty of care that that inevitably entails.

So let us cut to the chase – the Recommendation:

7.1i recommends that the contents of the Report be “noted” (i.e. accepted). An innocuous enough formality.

But 7.1ii recommends approval of the proposal to deploy the ‘Pedestrian Scramble’ – in the blind belief that it would “not have any adverse impact” (see 4.1, above) on the old, the disabled, the heavily pregnant or the very young – meaning, irrefutably, people possessing “protected characteristics”.

That approval was duly granted and the paper-trail shows that the buck stops right here:

And thus the ‘Pedestrian Scramble’, branded “confusing” and consistently excoriated by the residents of Harrogate as “dangererous” and “an accident waiting to happen”, came into being and, as we know courtesy of that Harrogate Advertiser article, already has a death on its record, despite the corporate processes having been scrupulously documented, regimented, defragmented and seemlessly implemented.

And it is left to Executive County Councillor Don MACKENZIE [Con.] (Harrogate Saltergate) to explain:

Coun Mackenzie has admitted the junction has caused a considerable amount of misunderstanding and an increase in congestion but believes pedestrians still have long enough to cross.

He said: “I want to reassure people that the beeping only lasts for five seconds but the lights will stay on red for the traffic for 10 seconds. The reason it stops early is if you let it go until the end people could set off on the last beep and then you would be holding the traffic up for even longer to cross the road.”

A fisaco indeed – but no-one wants to hold up the traffic. Perish the thought.

A life has been lost and others are at risk, but where is the accountability?

Any motorist careless or unfortunate enough to knock down a pedestrian – any pedestrian; young or old, fit or disabled – would expect to face prosecution.

But what of the system that created the prevailing circumstances – the convoluted and extensive ‘apparat’ that rushed it through, in hot pursuit of the grant funding, though apparently in disregard of the all-important  ‘protected characteristics?

And what of the individuals who signed it off?

One wonders why the Corporate Manslaughter & Corporate Homicide Act 2007 was ever enacted, if not to hold decision-makers to account for faulty decisions leading to fatalities . . .