The special meeting of the Audit Committee on Thursday 25th June 2020, for much of its almost three-hour duration, had a good deal in common with (simultaneously) a zen koan and watching paint dry.

With regard to Finance Director Nick EDWARDS’ Recommendations to Committee regarding Mr Peter STANYON’s independent investigation into the BID ballot, public and members’ Questions (for the most part published in the Enquirer ahead of the meeting) were sometimes penetrating – the answers, less so.

As I see it, the back-story is really quite simple; Council Officers thought they had found an easy way to off-load a whole raft of Council service provision at little or no cost, which businesses would end up paying for twice. Lacking the nous themselves, the Officers drastically underestimated the business acumen of the Borough’s business proprietors – and here they are trying to chew what they never should have bitten off. They were outsmarted.

We were over an hour-and-a-quarter into the meeting before we learned something new, when Opposition Councillors David CHANCE [Con.] and Heather PHILLIPS [Con.] began to make a dent in the customary stone wall. Readers with the stomach for it are invited to follow the whole debate on the Scarborough Borough Council YouTube Channel, here.

But there is one priceless passage, starting at 01:22:20, when Vice Chair Alex BAILEY [Lab.] questions the author of the report, Mr Peter STANYON, about p.4.22 and p.4.23 of his Report, covering the period immediately following the withdrawal of Redcar & Cleveland Borough Council (R&CBC) from the BID proposal and why businesses were not fully updated in a timely manner.

When Councillor BAILEY moves on to his second Question (the decision to dispense with a 15-day delay to the ballot following R&CBC’s departure: Who made that decision? Why were businesses not updated?), Chair Councillor BACKHOUSE directs the Question to Mrs DIXON who, conveniently, knows nothing about it. Mr EDWARDS finds he has nothing to add. Mr BRADLEY, who offers no explanation as to why he urged the then Leader to cast the Council’s 38 votes in favour of the DBID, can only suggest that former Returning Officer Jim DILLON will likely have been guided by the BID company. (DIXON, EDWARDS, BRADLEY – a nap hand of know-nowts, eh?).

This brings us to 01:27:55, when that pominous BAILEY Question is batted, via the Chair, over to a seemingly unprepared and hung-out-to-dry Ms Kerry CARRUTHERS, CEO of YCBID Ltd, who can only offer the following inchoate response:

“Good afternoon. There was[sic] discussions had, between the Task Group and the Electoral Department regarding the, erm, movement of the date. Erm, there was no further discussion other than it being discussed, erm, in terms of we were happy to take on recommendations, or to be able to proceed as was planned.”

Whereupon, she falls silent. Her attendant colleagues – Mr Mo ASWAT (of BID proposer MOSAIC) and Mr Clive ROWE-EVANS (the discredited Chair of YCBID) – who have held their tongues throughout have nothing to offer when the chips are down.

Grand. So there were ‘discussions’ about ‘discussions’ . . . but no revised date and no further information for businesses, many of whom were unaware that on, 14th November 2018, R&CBC had dropped out, stating:

“This decision was made because of what we found to be the low level of awareness and interest in the project among businesses and the unfairness of the ballot arrangements. ”

Imagine withholding that from BID voters. A case of “it wasn’t me, guv. Some big boys did it and ran away . . .”

This begs the question: Was the Returning Officer conducting an open and fair election? Or was he pandering to the wishes of those who had a particular result in mind?

However, notwithstanding the Committee’s Recommendation that the whole jar of worms is now to be re-examined by the Overview & Scrutiny Board (OSB) – possibly as soon as 8th July 2020, when the Board meets to consider the two ‘Call-Ins’ against the Cabinet Decision to proceed with the absurd ARGOS project – the matter has emphatically not been successfully booted into the long grass, much to the chagrin of the Three Musketeers – EDWARDS, BRADLEY and DIXON – who wriggled and twisted like pole-dancers performing a tag-team fandango as they dog-wagged Councillors down a pre-ordained path towards closing the book on the STANYON investigation once and for all. (Members 1, Officers 0).

So there remains more than a glimmer of hope for the Yorkshire Levy Payers Association stalwarts who have been so diligent and determined in their efforts to turn over the results and consequences of that bodged ballot. 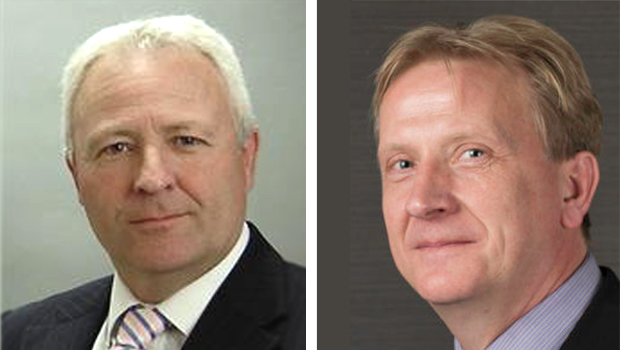 Chair of the Committee, Councillor Andy BACKHOUSE [Ind.] (whose possible bid for Leadership of the Conservative Group was derailed when the Conservative Selection Panel withdrew his re-nomination for next year’s North Yorkshire County Council elections, thus prompting his resignation from the SBC Tory Group  (presumably for putting integrity before Party and voting against the demolition of the Futurist) concluded the Agenda Item by giving members and viewers the benefit of his own examination of events. Dynamite.

Readers may recall me stating:

“By this time tomorrow, it should be clear to all whether or not some last shred of fairness, decency or integrity exists at Scarborough Borough Council. Cometh the moment, Councillor BACKHOUSE . . .”

Well. The moment cameth – and so did the man.

Councillor BACKHOUSE’s 8min+ summation appears below. It is worth watching more than once. Here is a man who means business. In a little over 8 minutes, he evinced more leadership, openness and transparency than lame-duck Leader Councillor Steve SIDDONS [Lab.] has delivered in thirteen months.

In my opinion, and on the strength of that performance, the next time there is a Vote of No Confidence in the present Leader – and surely it must soon be on the cards – members will not have far to look for a far, far better option.

There is no better candidate amongst our current crop of Councillors for the Leader’s job. It rather looks as though the Orange Lady has thrown the top prospect out of the stables at County – and into the winner’s enclosure in Scarborough.

Meanwhile, the calamitous ARGOS project is under deep scrutiny. Details of the Leader’s Decision to offer preferential treatment to Travelodge have been withheld from members (and there will be hell over that). The signing-off of the Council’s accounts seems likely to be deferred for a fifth consecutive year. The Mayor Making and the Alderman and Freeman of the Borough Awards all remain pending, as does the promised abolition of the Strong Leader Model, the creation of a new Committee structure and certain key Working Groups, the adoption of the Independent Remuneration Panel Recommendations, the task of reconciling the Council’s Constitution with the law of the land . . . what a half-assed administration we have.