Readers may find of interest the following “back-of-a-fag-packet” speculative analysis of the mounting tide of discontent in the Borough of Scarborough with regard, in particular, to the Leader and Cabinet of Scarborough Borough Council.

According to Wikipedia, the Borough of Scarborough has a population of 107,900. 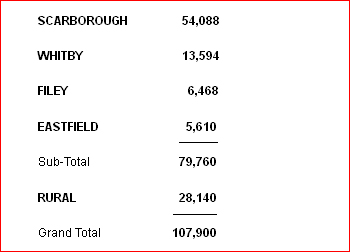 Dealing with the smaller towns first, Whitby Town Council (WTC) should comprise 19 Councillors to represent its 13,594 residents. However, WTC has not been able to boast a full complement of Councillors for many years. The present incumbents number only 14 – so each Councillor carries the burden of representation of an average of 971 residents.

6 of the 14 have already voted in favour of a Vote of No Confidence in SBC Leader Councillor Derek BASTIMAN [Con.] and his Cabinet, thereby voting on behalf of a total of 5,826 residents.

Filey Town Council (FTC), too, has already passed a motion to the same effect, but with the sensible addition of the Chief Executive, Mr Jim DILLON, who – true to form – has made no public comment.

At FTC, 12 of the 13 Councillors voted in favour of the motion, thereby representing the views of twelve thirteenths – 5,970 – of Filey’s residents.

Taken together, a total of 18 Town Councillors, representing 20,062 residents of Whitby and Filey combined – 18.6% of the 107,900 residents in the Borough – have come down in support of a No Confidence motion.

To the best of my knowledge, neither Eastfield Town Council (ETC) nor any of the Parish Councils has, as yet, taken a view.

There are, however, further indications of wide support for the Whitby and Filey motions.

With some degree of overlap, one must also consider the 2,422 signatories to the GoPetition poll.

Irrespective of the fact that these are merely “straw polls”, completely informal and conducted without rigour, they nevertheless indicate considerable direct public endorsement of the motions passed by the two Town Councils.

Significantly, the residents of Scarborough town itself have not enjoyed any formal representation at all.

Scarborough town’s 54,088 residents are not represented by a third-tier (Town or Parish) Council.

They are represented only by their ward Councillors on Scarborough Borough Council, numbering 20.

On average, each Councillor represents an average of 2,704 residents. Those Councillors are:

The views of these Councillors have, as yet, not been tested. Consequently, the views of the 54,088 residents of Scarborough town have not been represented. Perhaps they should be?

It is not easy to predict the outcome of any “straw” poll of these 20 urban Councillors.

One might reasonably expect all 9 Labour Councillors to support a No Confidence result.

Only 1 Conservative might reasonably be expected to go the same way – Councillor Andy BACKHOUSE [Con.], who resigned from the Cabinet earlier in the week.

Of the Independents, only 1 – Councillor Janet JEFFERSON [Ind.] – could be expected to support a No Confidence result – though clearly Councillor Vanda INMAN (who has now been labelled ‘Independent’), is something of an unknown quantity.

The 2 Green Councillors could probably be relied upon – and certainly the 1 UKIP (Councillor Norman MURPHY).

Adding this very approximate total to the 20,062 already definitively represented residents of Whitby and Filey combined, we arrive at around 57,918 – and, of course, this figure still leaves residents of all the Parishes unrepresented.

Nevertheless, 57,918 is 62.5% of the total Borough population of 107,900 residents – an unequivocally clear majority, something in the order of five out of every eight residents.

If the word “democracy” has any real-world significance at all, then SBC Leader Councillor Derek BASTIMAN [Con.] and his Cabinet are floundering along on borrowed time.

The only major political party not currently represented on the Borough Council is the Liberal Democrat Party. Nevertheless, there are many LibDem voters in the Borough and they, too, are entitled to have their views represented. So I asked the Chair of the Scarborough & Whitby branch of the Liberal Democrats, former SBC Councillor John ZEGSTROO, for a brief comment.

“If the people of the Borough have lost confidence in the Leader and his Cabinet, then without doubt they should do the honourable thing and step down, in the interest of the people of the entire Borough – or remain in office and openly declare their own moral bankruptcy.”

Surely they must inevitably succumb to people power?

I also approached former SBC Councillor Mike WARD, widely respected across all parties, for a comment untarnished by any requirement to conform to a party line.

Few informed observers could disagree with his assessment:

“Why don’t some of our Councillors listen – “Carry On Regardless”? The current members of Cabinet have their heads firmly planted in the sand, lacking in commonsense, understanding, openness and transparency. They appear to be totally oblivious to the concerns of the electorate. As a former SBC Councillor, I am astonished that Councillor Bastiman has found himself unable to respond in any meaningful way to the very obvious widespread public discontent with the direction in which he has been taking the Council and the Borough”. 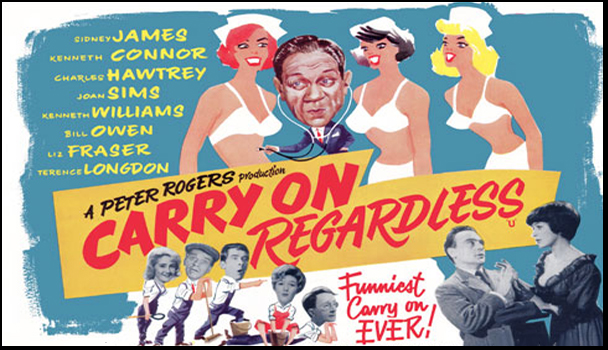