In the interests of fairness and balance, they are presented below in the order in which they were received. 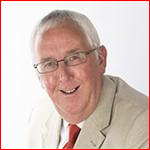 a) To award County Councillors a 5% increase,

b) To award County Councillors a 2.5% increase.

Needless to say, I was first off my feet to speak against both recommendations. I did so because this would quite clearly be a ‘slap in the face’ for our staff and residents throughout North Yorkshire and with special reference to those I serve in Eastfield and Osgodby who are seeing less and less for their Council Tax payments.

Due to savage cuts implemented by the uncaring and out of touch Government, our residents are faced with having to accept the knock on effect from these austerity measures. Even front line services are now being affected, street lights being extinguished, road repairs being left longer and longer and even grass verges looking as though they have had a Mohican cut, to name but a few.

The NYCC staff will also feel as though they are undervalued when bearing in mind the view of Theresa May and her nodding dogs in Westminster where Public Sector Workers were only offered and have had to accept minuscule rises over a number of years.

The Tories huffed and puffed at my proposal for a zero rise in allowances, quoting amongst other issues the fact that some of them lived in large rural areas which meant they had more travelling to undertake. Well they knew that when they first stood for election, and anyway as I stated in my speech to Full Council, being a County Councillor should not be seen as a job but more as a vocation when taking up Public Office.

Other Tories quoted we would not be able to attract younger candidates to stand for election if a rise was not forthcoming. What absolute clap trap, they protesteth  far too much. They wanted a rise, end of story !

If indeed they were so clear and comfortable with grasping this 2.5% rise they finally agreed upon, I am a little confused. I asked for a Recorded Vote, which required 20 County Councillors to agree to; only 17 felt this should occur. None of them, so far as I could see, were Conservative Councillors!

I WONDER JUST WHY ? 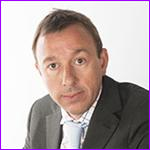 At yesterday’s full council meeting in Northallerton, members voted to reject a proposed five per cent rise in the basic allowance – which currently stands at £8,994 –  but overwhelmingly supported a 2.5 per cent rise.

“If I had voted in favour of this I would never be able to look the hard-pressed electorate of Filey in the eye.”

“Instead of feathering our own nests, this money should go where it is needed most – i.e. social care and supporting the most vulnerable in our society, and not into members’ pockets.”

“As county councillors we need to be setting an example and a good place to start is by not increasing the amount of money members cost.”