HM Inspectorate of Constabulary and Fire & Rescue Services (HMICFRS) have recently published its 2022 report on its inspection of North Yorkshire Police’s (NYP) Custody Services. The inspection was conducted jointly by HMICFRS, HM Inspectorate of Prisons (HMIP) and the Care Quality Commission (CQC) under a national rolling programme of Police Custody inspections, to ensure that custody facilities in all 43 forces in England and Wales are inspected regularly.

It was a diligent inspection which identified two areas of concern, fifteen areas for improvement with sixty individual points of improvement across the full range of custody activities.

In an earlier article, the NYE identified that the 2022 HMICFRS Custody Inspection was comprehensively misrepresented to the public by Assistant Chief Constable (ACC) Elliot Foskett. NYE report here.

The Police, Fire & Crime Commissioner is charged with holding the Police to account. The current Commissioner is Mrs Zoë Metcalfe who has consistently made public statements emphasising how committed she is to protecting the vulnerable.

Nowhere on the Commissioners “Good News Only” website is there any mention of the Custody Report, or what she is doing to ensure that Chief Constable Winward addresses the concerns raised by HMICFRS over the way NYP treats vulnerable people in custody.

Commissioner Metcalfe is responsible for the ICV arrangements in North Yorkshire. This 2017 article from the Harrogate Advertiser, by Features Editor Graham Chalmerson, has been reproduced on the Police, Fire & Crime Commissioners website on North Yorkshire’s ICVs describes how perfect the cells are at Harrogate Police Station.

Commissioner Julia Mulligan (Commissioner at the time) chose to admit the media to the cells in Harrogate because it is the newest of the three Custody suites, having been built in 2012. Needless to say, NYP did not let a journalist anywhere near the custody suites at York and Scarborough, which are much older. A classic example of media manipulation by the Police and the Commissioner.

“In 2002, the Government introduced the requirement for independent custody visitors to be allowed to turn up unannounced at police stations across the UK.

The principal mission of these unpaid members of the local community, …..is a serious one – to check on the welfare of detainees in custody.

Having been arrested, the detainee may be isolated and vulnerable, possibly confused, perhaps guilty, perhaps not.

In all situations, however, it’s the job of an ICV to assess the conditions in which new arrivals to a police cell are held and whether their rights and entitlements are being met under the Police and Criminal Evidence Act 1984 (PACE), Code C and Code H.

Run from the office of the Police and Crime Commissioner for North Yorkshire, who is required by law to run an ICV scheme, the part-time life of an ICV means lots of form filling and the filing of reports – all in the cause of ensuring the protection of detainees and to demonstrate that ‘transparency’ is a real part of England’s law and order system.

And, if anything is found to be amiss or wanting during a visit, the police are duty-bound to act on it.

Many of the detainees in Harrogate Police Station turn out to be there through problems of drink and drugs and mental health, a situation duplicated much of the time nationwide.

“Independent custody visiting is a vital element of the work of the Office of the Police and Crime Commissioner in ensuring the police service is open and accountable to the people it serves.”

The question must therefore be asked, why did the Independent Custody Visitors not report these deficiencies?

In my view this may be because:

If this is so they are not up to the job and need to be replaced. Or there is the fourth option:

It is obvious that the ICV arrangements in North Yorkshire are completely ineffective and that Commissioner Metcalfe has failed in her duty to ensure a rigorous safeguarding regime by ICVs.

The NYPFCP is the body charged with holding Commissioner Metcalfe to account.

The NYPFCP questioned Commissioner Metcalfe over the provision of custody suites in North Yorkshire at a meeting on the 13th of October 2022. This can be seen here at 11 minutes. This was nearly two weeks after the HMICFRS 2022 Custody Inspection had been made available to Commissioner Metcalfe and her Chief Executive Mr Simon Dennis.

NYP has three custody suites based in York (24 cells), Harrogate (16 cells) and Scarborough (17 cells). The custody suites in Skipton and Selby were closed prior to the 2015 inspection and the suites at Ripon and Northallerton were closed in about 2017. The concern raised by the panel was that the distances arrested prisoners had to be transported to a custody suite deterred officers from making arrests, because it took out two police officers for up to four hours.

Commissioner Mulligan responded that the recent HMICFRS Custody Inspection had raised no concerns about the transporting of detainees to custody suites. HMICFRS has confirmed that:

“We assess whether the force diverts detainees who are vulnerable away from custody. We also assess arrival in custody. We do not generally comment on the method of transportation, but we would report excessive delays between arrest and arrival if we found any.

The number of custody suites or cells is a matter for the chief officer.

We would comment if there were insufficient staff to manage demand, but not specifically on the number of facilities.

We do not comment on the location or distribution of custody facilities.”

So, in fact, the HMICFRS Custody Inspection did not cover the locations of the Custody Suites and the effect that transportation distances have on Police manpower, as raised in the meeting. Hence the reason it raised no concerns about this issue. It couldn’t, because it is outside its terms of reference as specified in the HMIC Expectations for police custody: Criteria for assessing the treatment of and conditions for detainees in police custody.

Commissioner Metcalfe appears to have misled the NYPFCP on the findings of the inspection, by asserting that this issue had been reviewed by HMICFRS and found to be satisfactory, when in fact it had not.

The inspection did raise concerns about under-staffing when the Custody Suites became busy. This may be because there are not enough cells and the three remaining suites are being overwhelmed by having to cover prisoners that should have been detained in Ripon and Northallerton.

Commissioner Metcalfe also conveniently failed to inform the NYPFCP that the HMICFRS report had been highly critical of NYP’s custody arrangements, identifying two areas of concern, fifteen areas for improvement with sixty individual points of improvement across the full range of custody activities.

So, like ACC Foskett, Commissioner Metcalfe misrepresented the HMICFRS inspection as being positive about NYP’s custody arrangements, when in fact they were extensively criticised. Mr Dennis, -who is a solicitor- failed to correct the misleading impression given to the NYPCP by his boss. This is deeply disappointing and falls below the standard of conduct the public are entitled to expect from a solicitor who is also a public servant.

For Commissioner Metcalfe it was a very skilful performance, in which she skilfully deceived the NYPFCP and deftly outmanoeuvred it with ease. Making monkeys out of all of them.

Incredibly, no one on the NYPFCP raised the findings of the inspection with Commissioner Mulligan or challenged her on them. I can only conclude this is either because they are sympathetic to her and do not want to hold her to account, or because they just have not bothered reading the HMICFRS report, having been satisfied with ACC Foskett’s confirmation that:

“HMICFRS has recognised we have good measures in place to oversee the safe and respectful provision of custody.”

Either way, the NYPCP has failed to hold the Commissioner to account.

“The custody estate is dated, and some facilities don’t meet detainee needs. The force knows the suite at York needs improvement and has included this on its risk register. However, there has been little investment in the custody estate since our last inspection in 2015, and some of the deficiencies we noted then remain.” 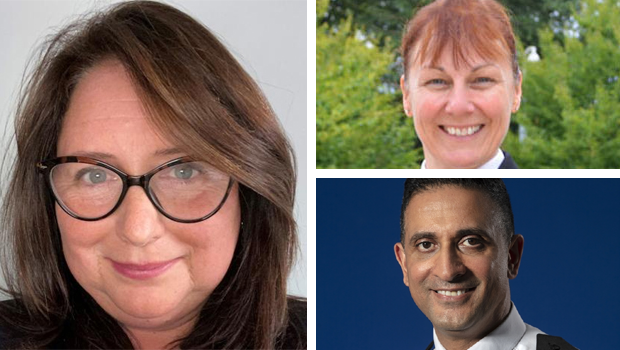 Commissioner Zoë Metcalfe: concealing the failures in NYP’s Custody Suites and failing to face up to the issue.

All three are allowing the shocking state of NYP’s Custody Estate to perpetuate indefinitely.

The 2022 inspection raised two specific “Causes of Concern” over use of force and risk assessments. This article, by the York Press York cells close to meltdown, shows that NYP Chief Officers knew there was a problem with custody, (particularly at York) in 2008. It is a good article and describes the pressure custody staff are under very well. The same concerns were raised in the 2008 and 2015 inspections and nothing has been done to resolve them. Chief Constable Winward (who commanded York Police Station in 2011 – 2013) and Commissioner Mulligan must also have been aware of them.

Having reviewed both the 2015 and 2022 HMICFRS Custody Inspections, I am of the opinion that overall, the situation is worse now than it was in 2015. Successive Chief Constables have ignored these failures, preferring instead to spend police funds on issues that suit their own personal best interests, instead of funding structural changes to remove ligature points and training. A few examples:

Nothing in this article should be interpreted as criticism of NYP’s Custody staff. Custody is a very difficult, responsible and complex role. It is also dangerous and stressful, requiring contact with people that are various combinations of violent, vulnerable, abusive, unhygienic, injured and/or distressed. This paper from Ben Fitzgerald, of QEB Hollis Whiteman Deaths in police custody sets out the risks that custody officers routinely undertake and is well worth reviewing for our police readers.

I would emphasise that HMICFRS assess that many aspects of the custody arrangements are working very well indeed. I have a sense of dedicated custody staff doing their best despite the lack of support they have had from senior officers. They deserve better treatment than they have received and have been very badly let down.

Failure of the Police Federation.

It is impossible for a Custody Officer to challenge ACC Foskett over the conditions they have to deliver a custody service in. To do so would be career suicide.

Yet should there be a death in custody by hanging from a ligature point, I suspect that the Custody Officers on duty will be convicted of manslaughter and will be criticised by the Coroner for not raising these deficiencies with Senior Officers, but no Chief Officer will face any censure.

It appears that the Police Federation has not been effective in protecting its members who work in custody, by forcing Chief Officers to address the issues raised in successive HMICFRS reports.

The most worrying criticism is that in both Custody and Child Protection, NYP was not meeting the minimum “best practice” specified by the College of Policing and Chief Officers were aware of this, but did nothing about it. This leads to the conclusion that these failures may be endemic in NYP. In which case, the NYP Senior Officer Team is delivering a sub-standard performing Police Force that routinely fails to meet College of Policing recommended “best practice” in multiple areas.