“We welcome the HMICFRS report, as it helps us to further understand how we can continue to improve our custody provision here in North Yorkshire Police.

Working within the legislative framework, our absolute priority is the safety and welfare of detainees, avoiding any adverse level of risk.

It is acknowledged that some processes, such as the recording of information, are not of the highest possible standard and this is something we have already started to look at.

We are pleased the HMICFRS has recognised we have good measures in place to oversee the safe and respectful provision of custody.

It’s also good to see the acknowledgement of the good work of our custody staff in relation to how they deal with detainees respectfully, patiently, and reassuringly, recognising the array of diverse needs.”

Only one sentence indicates that there were any deficiencies, giving the impression that there are some problems with paperwork, but otherwise all is perfect.

The inspection was conducted jointly by HMICFRS, HM Inspectorate of Prisons and the Care Quality Commission (CQC) under a national rolling programme of custody inspections, which began in 2008, to ensure that custody facilities in all 43 forces in England and Wales are inspected regularly. It can be read in full here.

What the report actually says

I have worked as an auditor for many years and have a high opinion of the quality of HMICFRS inspections; both for their impartiality and attention to detail. This inspection was no exception. It was well done and makes shocking reading. It reveals the following deficiencies (extract):

These deficiencies are disclosed in ACC Foskett’s statement above “some processes, such as the recording of information, are not of the highest possible standard”.

However the NYE team knows from long experience working with NYP’s press releases, it is what they do not mention that is important. ACC Foskett withheld from the above statement that the inspection also found (extract):

The Force’s governance and oversight of the use of force in custody isn’t good enough. Limited recording on custody records, a lack of use-of-force forms for incidents, and limitations in the way quality assurance is carried out means it doesn’t have accurate information to support effective scrutiny. Our CCTV review found incidents weren’t always managed well. The force can’t show that when force is used in custody it is always necessary, justified and proportionate.

The Force should scrutinise the use of force in custody to show that when force is used in custody, it is necessary, justified and proportionate. This scrutiny should be based on accurate information and robust quality assurance.

Many of these practices don’t follow APP guidance and place detainees at an increased risk of harm.”

The Force should take immediate action to mitigate the risks to detainees by making sure its risk management practices are safe, follow APP guidance, and are consistently carried out to the required standard”

The same concerns were raised both in the 2008 and 2015 HMICFRS Custody Inspections.

In summary, the report is highly critical and identifies two areas of concern, fifteen areas for improvement with sixty individual points of improvement across the full range of custody activities.

However, other than a vague and dismissive reference to the two reporting issues, ACC Foskett has withheld all of this from the public in his statement.

ACC Foskett states that custody staff deal with “detainees respectfully, patiently, and reassuringly, recognising the array of diverse needs”. In fact, this is one of the areas extensively criticised by the inspection and is a major point of failure:

The Force should strengthen its approach to meeting the individual and diverse needs of detainees by:

In summary, the impact of all these failures is that if a fifteen-year-old girl, possibly with mental health issues or under the influence of drugs or alcohol is brought into custody; she could undergo a terrible ordeal. If there is no female member of staff available, she will be strip searched by men, possibly unnecessarily. An inadequate risk assessment will be performed.

The provisions of PACE – which is there to protect her – will be ignored, so the necessity for detention, the proportionality and length of detention will not be explained to her. If she is menstruating there will be unsatisfactory arrangements for disposal of female hygiene products. She will also be denied prompt access to mental health assessment, the correct number of welfare visits or welfare visits from an appropriate adult. She will be forced to undress and shower while being visible to male custody officers and anyone else that is passing; CCTV surveillance of her in her cell will also be visible to anyone passing. If she is drunk, she may not be placed on observation or get arousal visits and may have excessive force applied to her.

If she is sick in her sleep, she may choke on her vomit and die, because she has not been aroused and the welfare observations were not performed. If she tries to commit suicide by hanging with a ligature from one of the ligature points in her cell, she will probably be successful, because custody staff do not perform the welfare observations and did not have ligature knives to cut off the ligature. Her detention will not be properly recorded, making it difficult to hold any Officer to account for incorrect actions such as the removal of clothing or being observed in the shower.

ACC Foskett’s statement describes this shocking state of affairs as “we have good measures in place to oversee the safe and respectful provision of custody.

The conclusion is inescapable that ACC Foskett appears to have deliberately misrepresented the inspection’s findings in his statement and covered up serious failings in NYP’s custody arrangements.

This is unacceptable for a Chief Police Officer in the 21st Century, serving in a Police Force which is supposed to be open and accountable.

Obviously these are important milestones for the virtue signalling, woke, politically aware, good news only, career-orientated, PR conscious, smooth, articulate, media trained, PR professional that gets to the top in the Police Service nowadays. In this context, ACC Foskett seems to have got off to a flying start in his new role as a Chief Police Officer in NYP.

I have been covering NYP since 2011. Apart from the NYP statement that Jimmy Savile had no connections to North Yorkshire and the report by Deputy Chief Constable Sue Cross that there was no evidence of Jimmy Savile and Peter Jaconelli offending in North Yorkshire (in fact they had committed multiple rapes in Scarborough and Whitby with the full knowledge of NYP*). I am of the opinion that ACC Foskett’s statement is the biggest and most brazen piece of misinformation to come out of the back end of Force Headquarters in the history of policing in North Yorkshire.

I asked ACC Foskett for a portrait photograph 620 x 350 to illustrate this article, but he ignored my request. So the image below will have to do. 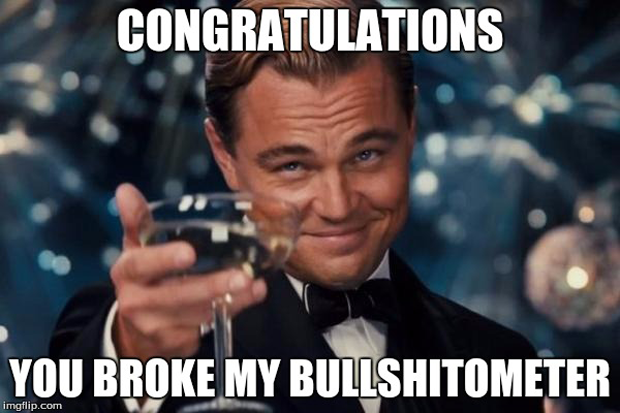 If he carries on like this, I predict ACC Foskett will have a long and successful career with NYP, rising to the rank of Chief Constable.

*Both rapists were exposed by NYE investigations, not by NYP: Editor