Bitchy Scarborough and Whitby MP, Robert Goodwill, has taken a swipe at fellow Tory MP Anne McIntosh. McIntosh was recently deselected as Conservative MP for the Thirsk and Malton constituency. The deselection was a result of a long campaign by the local Tory party, which accused her of being divisive, non-communicative, having lumps on her chest and wearing skirts.

McIntosh has been seen at a number of agricultural shows in her constituency. Goodwill, a farmer and also a resident of the Thirsk and Malton constituency, was clearly unimpressed having heard she had attended some shows on his stamping ground.

“She has been observed at a number of agricultural shows, two on a Sunday, when in the previous 17 years she has not been to any”

McIntosh is currently mulling over standing as an independent in Thirsk and Malton at the Parliamentary May 2015 elections. It seems the catty Scarborough and Whitby MP has long had his eye on McIntosh’s movements and took the opportunity to bare his claws.

With the emergence of UKIP, and if a strong independent does run, the normally safe Tory seat may end up a much closer fight than the usual drubbing the Tories hand out to other parties in the constituency. Goodwill also had a close eye on McIntosh during the candidate selection meeting:

“She is being very enigmatic. She went to the selection meeting and sat scribbling notes furiously.”

Bingo-loving Bob, famously used to handling stiffs, and with more than a few bodies buried under his own land, may find McIntosh a different kettle of fish if she rises to Goodwill’s catty comments. 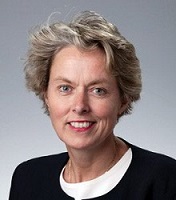 Goodwill’s own constituents in Scarborough and Whitby have been waiting for decades for improvements to the A64 from York. Goodwill, currently Parliamentary Under Secretary of State for Transport, seems resigned to the fact the A64 will not be dualled to the Yorkshire coast on his watch at the DfT.

It seems the only duelling likely to be seen on the A64 will be between Goodwill and McIntosh. McIntosh has long complained about the poor safety record and congestion on the A64.

For those wondering why Bitchy Bob didn’t throw his hat in the ring for his home constituency of Thirsk and Malton, his expenses record as an MEP for the Yorkshire and Humberside region may be part of the explanation. After coming under fire from constituents for boasting about profiteering on flights to/from Brussels, bungling Bob generously decided to ‘donate’ a large sum of money to a local church. It is not the first time that greedy Goodwill has ran aground in his own constituency.