Readers of recent articles in my continuing “In My View”  series have been asking what it takes to persuade the authorities to address the (by now) almost innumerable concerns raised by an examination of the Public Record vis-à-vis Councillor Jane Kenyon. It would appear that an appeal to the Council Leaders, Monitoring Officers and Chief Executives to do what their job descriptions require is destined to be forever ignored.

On Monday last, 20th August 2012, I emailed the Leaders and Chief Execs of NYCC, SBC and the NYPA – a call to action that I hoped would pre-empt the necessity of washing more of Councillor Kenyon’s laundry in the public domain. Not one of them has extended to me the courtesy of an acknowledgement – much less, a response.

Mike Ward, a former and perhaps future Scarborough Borough Councillor (Mike is a candidate for the Esk Valley Ward bye-election), has given his consent to Real Whitby publishing his correspondence with Robert Goodwill MP (Scarborough & Whitby – Con).

In that correspondence, Robert Goodwill MP has accused David Clark, a wheelchair-bound member of the public (and a senior citizen), of the crime of harassment of Councillor Kenyon “over some period of time”, claiming that allegations made against her “have been fully investigated”.

Clearly, Robert Goodwill has failed to grasp that the Public Record exists so that concerned members of the public may scrutinise the actions and integrity of elected representatives and paid public servants. Having examined David Clark’s correspondence with the authorities, I can confirm that he has complied scrupulously with the proper procedures for complaints and requests for information under the terms of the Freedom of Information Act 2000. He has done so politely and extremely patiently. He stands falsely accused by Robert Goodwill.

And yet it now transpires that Robert Goodwill has made similar false and defamatory accusations against David Clark in other correspondence, with other members of the public.

In the matter of my own ongoing complaints against Councillor Kenyon, NYCC’s Moira Beighton has informed me (apologising for a month’s delay) that an Investigating Officer had been delegated – Mr Stephen Knight – and he has been notified that I continue to await his visit for the purpose of providing him with further evidence. Far from having “been fully investigated”, as Robert Goodwill avers, matters have yet to progress even to the point where the allegations are fully defined and the evidence logged. The ‘investigations’ have scarcely begun.

Incidentally, we are left to ponder how it can conceivably be appropriate for Mr Steven Knight to be delegated the task of addressing these matter at all, when it was he who conducted the administration of David Clark’s complaint to the NYMNPA Standards Committee at which Councillor Kenyon, as well as Mr Stephen Knight and the all of the members of the Standards Sub-Committee have seemingly colluded in their decision not to report a crime of forgery.

See how that plays in plain English:

Astonishing! They want to send one of the suspects to pick up my evidence!

Openness, transparency, accountability, the seven Nolan Principles – one really could not make it up.

Since there is obviously no will on the part of the Councils to investigate Councillor Kenyon, I have decided to offer the opportunity to our eight North Yorkshire Members of Parliament.

I believe it is now time for all of them to show their colours. So I have written to them, in the straightforward terms, asking them to comment on just two of the innumerable concerns that I have been documenting throughout the past four months.

Here is my email:

I write in the Public Interest to solicit your individual responses on the matter of the very large number of discrepancies in the Pubic Record that raise serious doubts regarding the integrity of the present Chair of the North Yorkshire Police Authority, Councillor Jane Margaret KENYON (NYCC & SBC).Notwithstanding the widely-held opinion that no-one has the will to address these issues until after the abolition of the Police Authorities on 22nd November 2012, I put it to you all that matters of integrity, of their very nature, stand paramount to the mere vicissitudes of the political calendar; they are immutable and omnipresent, both in time and in space.

They must be addressed.

Therefore, I would be grateful if, individually, you would respond to the following questions in the knowledge that your answers will be published into the public domain. Thank you.

Surely, the contention that there may here have been a conspiracy to pervert the course of justice bears careful investigation here?

And is it not disturbing that the NYCC Officer delegated the position of Investigating Officer garnering evidence in relation to my complaints is that very same Mr Stephen KNIGHT?

2) How can it conceivably be acceptable to either the North Yorkshire public or to ‘the powers that be’ that the Chair of the North Yorkshire Police Authority, NYCC and SBC Councillor Jane Kenyon, has repeatedly accepted Allowances for her Broadband/telephone facility from both the North Yorkshire Police Authority and from North Yorkshire County Council, in the aggregate sum of circa £1,300 per annum – given that she was present at the Meeting of NYCC on 17th December 2008 when the Resolution was carried to include Broadband Allowance within the standard NYCC Basic Allowance with the caveat that members could ‘renunciate’ [sic] all or any part of the Basic Allowance, and cannot, therefore, resort to an anyway  indefensible plea of ignorance?

Surely the seven Nolan Principle of Public Life were drafted for the express purpose of elevating Public Standards above the level of such petty thievery as ‘double-dipping’?

These two questions are informed by but a minute sample of the many penetrating questions I would like to see resolved. Evidence in my possession seems to unequivocally support the contention that, for many years, a culture of ‘cover up’ has prevailed here in North Yorkshire.

For the moment, though, a coherent answer would satisfy me that the Public Interest features prominently in the crowded purview of each and every one of you. I trust that such is the case.

In the interest of transparency (which we all uphold), I offer you, if I may, a word of caution; one of your number has already been rash enough (some are saying ‘foolhardy’) to state that a member of the public (identified by name) “has been harassing Councillor Kenyon for some considerable time”.

This is a very serious (though totally unsubstantiated) allegation of crime. It is defamatory.

I look forward to your suitably measured responses. My readers – your constituents – await word from each of you . . .

My given name is ‘Nigel’. My family name is ‘Ward’. Please respect my preference for being addressed by my given name. Thank you, most kindly.

“For too long those in power made decisions behind closed doors, released information behind a veil of jargon and denied people the power to hold them to account. This coalition is driving a wrecking ball through that culture – and it’s called transparency.”  – [David Cameron – Sept. 2010]

I leave you with the thought that Julian SMITH MP, who has been highly critical of Councillor Kenyon’s NYPA performance, is a relatively ‘new kid on the block’ in Parliamentary terms.

Perhaps he will now show his mettle now? He looks like a decent young man.

Otherwise, I shall just have to continue to expose evidence of misconduct, professional and private. 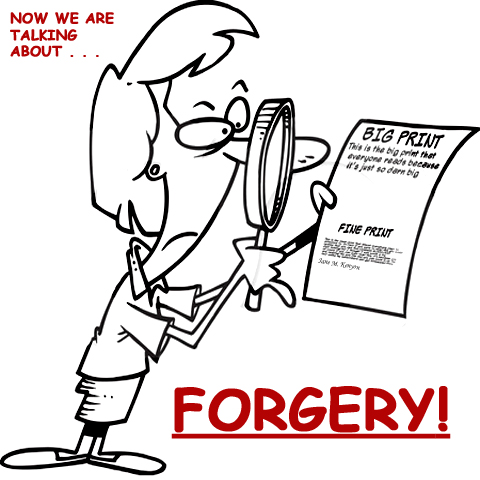