A member of the public has been kind enough to share sight of a letter written to the Secretary of State for Communities & Local Government, the Rt.Hon. Sajid JAVID MP [Con.] (Bromsgrove), appealing for intervention in the matter of the proposed demolition of The Futurist Theatre, Scarborough.

I am writing to you in your capacity as Secretary of State for Communities and Local Government, with the request that you take over Scarborough Borough Council’s planning application to demolish the Futurist Theatre.

This application (in which the council, as the building’s owner, is the applicant) is not only extremely unpopular locally but also so utterly perverse in nature that I believe that it could have the effect of undermining what confidence remains in the local authority. Already there are suggestions of hidden agendas concerning the Council’s leader and malfeasance in public office, and if left unaddressed these risk calling into question the integrity of local government more widely. As such, I believe that this decision meets the criteria for being called in (as stated in the written ministerial statement of 26th October 2012) in that it may have significant effect beyond its immediate locality.

I am sure that as a Conservative and successful businessman you are committed to achieving value for money for the taxpayers and ensuring transparency in local government. Scarborough Borough Council has given due regard to neither in deciding the building’ future and I believe that to allow this application to succeed unchallenged would be to condone bad practice (and maybe worse) and thus cause it to flourish.

The application made and granted by the Council is to demolish this prominent seafront building without regard to what will replace it, something which itself is bizarre as this has been warned against by the authority’s planning officers. In fact, at all stages in the process of deciding the building’s future, secrecy has been in evidence to the fullest request, with the Information Commissioner having rebuked the Council for refusing to comply with an FOI request, as well as for placing in the public domain an entirely false estimate of the building’s renovation cost.

At the very simplest level, the application approved is for the council to spend £4m for a demolition – that’s hell of a lot of money to end up with nothing more than a giant gaping hole on the seafront! And with no indication of the land’s likely value at the end of the process, or certainty as to what might replace it (though Flamingo Land did at one stage provide a nice artist’s impression of a roller coaster). It brings to mind not so much a modern Conservative authority as the actions of one certain T. Dan Smith who operated 50 years ago further up the East coast!

Leaving aside the architectural merits of the Futurist, and any intrinsic value there may be in the town giving home to one of the country’s largest venues (and I don’t deny either), would common sense not dictate that any organisation looking to dispose of an asset look to sell it rather than destroy it? Am I being old-fashioned in thinking that the Council should contact an estate agent dealing in the disposal of commercial property and arrange to market the building, by public auction if necessary? This would at least be transparent and remove any suspicion that an alternative agenda, or even corrupt practice, were at play.

I believe that in these circumstances the application to demolish the Futurist meets the criteria to be taken over by your office, and urge you in the strongest terms to take this action. 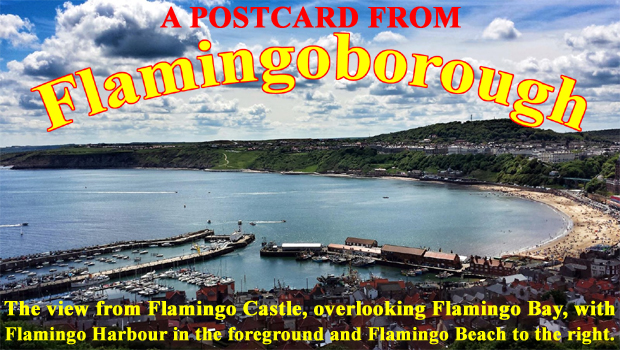