In accordance with this policy, this article is one of a series of articles on North Yorkshire Police (NYP) Chief Officers’ expenses that have caused public concern, from 2006 to the present day.

They are in the public interest, being intended to raise awareness of this issue, improve financial control and accountability over the use of Police funds and, where possibl,e arrange for the Police funds to be repaid.

As our readers will be aware, I have for some time been trying to obtain explanations for the following issues relating to the expenses of Chief Officers of North Yorkshire Police:

To progress issues 11, 12, 13 and 14 and let the good taxpayers of North Yorkshire assess whether or not Operation HYSON represented value for money or was appropriate, I need to publish extracts from the witness statements submitted by the plaintiffs. However, both PFCC Metcalfe (pictured above in the lead illustration) and Chief Constable Winward have refused to respond to correspondence on these issues, release any information on what the justification for this expenditure is for, or to authorise publication of extracts from the witness statements. Although this is information the taxpayers of North Yorkshire are entitled to know.

The question has to be asked: if the above expenditure is bona fide and justifiable, why won’t Chief Constable Winward and PFCC Metcalfe resolve this by stating the justification for the expenditure and releasing the extracts from the witness statements?

It appears at first glance that some of the above issues could relate to offences of Misconduct in Public Office, Fraud by Abuse of Position, Fraud by Failing to Disclose Information, Fraud by False Representation, Conspiracy to Defraud, Misconduct within the meaning of the Police Conduct Regulations 2020 and its predecessor regulations, and/or misuse of Police funds. However, it is also possible that there is a valid explanation for this expenditure. But if this is so, then Commissioner Metcalfe and Chief Constable Winward have a duty to publish it. The issue is openness, disclosure and accountability.

However, my enquiries have been met by a wall of silence by the Chief Constable and the Police, Fire & Crime Commissioner.

This is all particularly concerning because NYP has been continually plagued by financial scandals involving Chief Police Officers for many years (listed here and here). It appears that nothing has changed.

Recently, PC Oliver Dines from West Mercia Police was dismissed without notice over misuse of Police funds amounting to £255.46. The matter was resolved openly and quickly in an accelerated misconduct hearing, thereby maintaining public confidence in the Police.

These views are highly commendable and perfectly summarise my own views on the importance of integrity in the police service, of Chief Officers setting an appropriate example and of maintaining public confidence in the police. 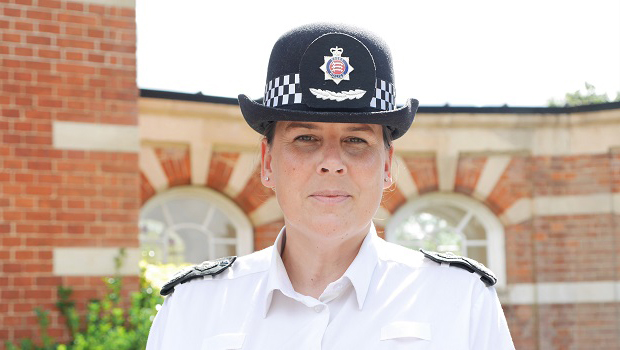 An Officer of integrity who maintains service discipline and public confidence in the Police.

Compare this open and robust policy on misuse of Police funds with that adopted by Chief Constable Winward.

The secrecy surrounding Chief Police Officers’ expenses simply raises suspicion and mistrust amongst the public. However, Chief Constable Winward and Commissioner Metcalfe have refused to respond on these issues and, as Chief Constable Mills states above, this undermines public confidence in the Police.

It therefore appears possible that Commissioner Metcalfe is refusing to respond to correspondence in order to conceal misuse of Police funds, serious crime and/or misconduct by Police Officers, a Conservative politician and members or former members of her staff in the Office of the Police, Fire & Crime Commissioner for North Yorkshire.

Clearly, when faced with a Police Officer whot had misused Police funds, Chief Constable Mills had no other choice but to dismiss him from the service. In my experience, this would also have been the result for an employee in the public sector. The only difference being terminology – it would be called “Summarily dismissed for an act of gross misconduct”. Further, in my experience if these questions arose about executives in a public company, there would be a swift investigation by internal audit, followed by termination of contract if there was any abuse of trust, company funds or company procedures. So why should NYP Chief Officers be any different?

I have no doubt that under the leadership of an Officer of the calibre of Chief Constable Mills, these matters would have been openly and rigorously investigated. In North Yorkshire, the issue has been evaded by putting up a wall of silence. So why can’t the good taxpayers of North Yorkshire have the same standards of integrity and accountability applied to the Police as in West Mercia?

The refusal of Chief Constable Winward to investigate concerns over Senior Officers’ expenses undermines the efforts of Officers like Chief Constable Mills to uphold normal standards of behaviour and service discipline, and restore public confidence in the Police.

As it currently stands, as a result of Chief Constable Winwards thunderous silence, it appears there is one standard of openness, accountability and Police discipline for Constables and none for herself and Senior Officers.

To resolve this, I have now been forced to make a formal complaint about PFCC Metcalfe to the North Yorkshire Police, Fire & Crime Panel.

The complaint concerns her failure to respond to correspondence on these matters, hold the Police to account, challenge poor behaviour, be open and accountable, or to maintain normal standards of financial control over public funds.

I will report back to our readership on the panel’s response in due course.