The Association of Police & Crime Commissioners 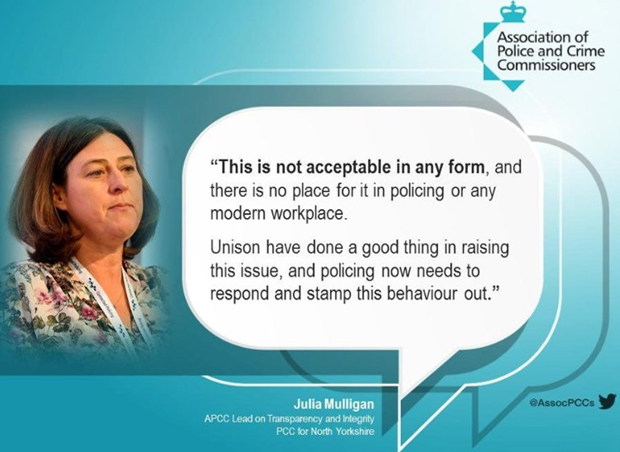 The full list of portfolio areas, leads and deputy leads is available here.

As well as being the lead on ethics, North Yorkshire’s Police & Crime Commissioner is also the lead on reform of the police complaints system. 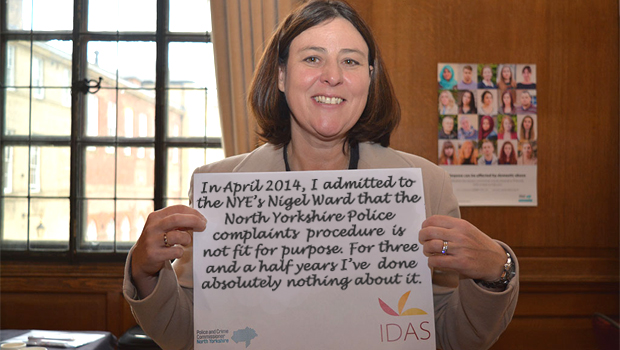 Following on from the news that:

Making six of her employees out of a current workforce of fourteen (43%), but which was much smaller when these events occurred.

It is thought that some of Mrs Mulligan’s victims may have been women. 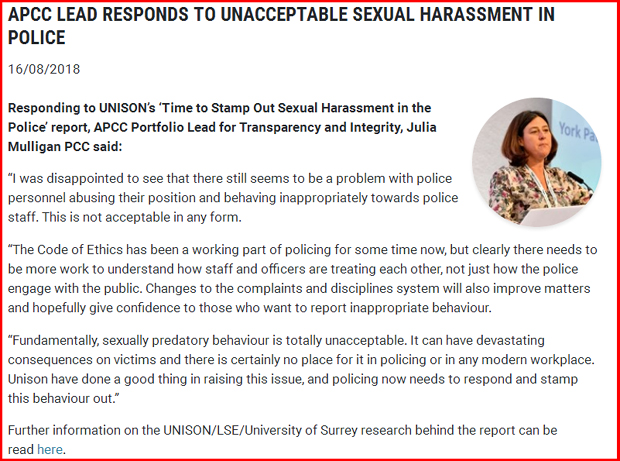 The above statement relates to sexual harassment, which is not relevant to Mrs Mulligan’s case. In her remarks Police & Crime Commissioner Mulligan says:

“I was disappointed to see that there still seems to be a problem with police personnel abusing their position and behaving inappropriately towards police staff. This is not acceptable in any form.”

Thereby widening her condemnation to include all forms of unacceptable conduct, including bullying. Conduct she has been found to have indulged in.

Bullying is a form of harassment, as described in this North Yorkshire Police Statement on Bullying

I think it is obvious to all of our readers what the situation is, so I do not want to waste my time or theirs in covering it much further.

All forms of bullying and harassment are unacceptable and despicable. Police & Crime Commissioner Mulligan’s personal conduct is reprehensible for someone associated with the police service.

When 43% of the staff in an office publicly accuse their boss of gross misconduct and commence internal proceedings, it means that the office is dysfunctional and cannot work with its manager. In short, Police & Crime Commissioner Mulligan has become a disruptive element in the Office of the Police & Crime Commissioner for North Yorkshire, who is inhibiting its efficient operation.

Her conduct since the original finding of bullying has been even more offensive and erratic. She is now an embarrassment to her party, the Association of Police & Crime Commissioners, North Yorkshire Police and the Chief Constable.

Worse, her conduct has publicly undermined the commendable hard work of front line Constables, Sergeants and Inspectors to “stamp out” offences of harassment and internet bullying. Her credibility is zero.

Police & Crime Commissioner Mulligan’s response to the NYE sums it up nicely:

“The Commissioner has made two statements on the matter, both of which are in the public domain. The complaint has also discussed at the recent Police & Crime Panel meeting, which was attended by the media. There is nothing further to add to those comments already in the public domain.”

No comment and move on, having successfully weathered the crisis.