I read with some satisfaction that the Metropolitan Police had conducted an impartial investigation into allegations that the Prime Minister Boris Johnson and Chancellor of the Exchequer Rishi Sunak (shown above) attended a party during lockdown. The Met found that they had. Accordingly, both men have been fined for attending a party during lockdown.

I am angry that I was not allowed to be with my father when he was dying because of the lockdown regulations, while the Prime Minister and Chancellor were flouting them. But I have no personal animosity to either man. I am not in any way politically active.

My satisfaction is entirely based on the fact that I believe in leadership by example; that we are all equal under the law, and that the Metropolitan Police have upheld this principle.

The Metropolitan Police are still investigating other alleged parties and this may result in further fines. At this point I am satisfied that justice has been done on this occasion and that the rule of law has been upheld without fear or favour by the Met on the highest in the land.

However, it causes me some concern that North Yorkshire Police has not shown the same high standards of integrity and impartiality as the Met. 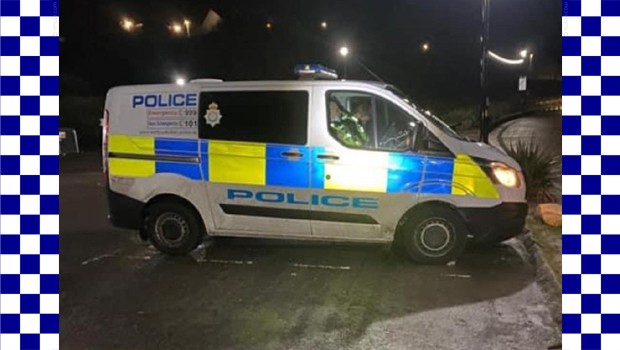 In the 1993 case of Derbyshire County Council v Times Newspapers, the Law Lords ruled that it was vital that the public were free to criticise public bodies:

This, of course, includes the Police.

These Officers include Chief Constable Winward, Deputy Chief Constable Cain, five Inspectors, two Sergeants, three motorcycle Policemen from Cleveland Police, the two Officers (‘Sleeping Beauties’) pictured above and the two Clifton Moor Policemen. The ‘Sleeping Beauties’ are additionally accused of neglect of duty for being asleep and ignoring calls, when they should have been awake and alert.

Clearly, the NYE is doing its duty of holding North Yorkshire Police to account. 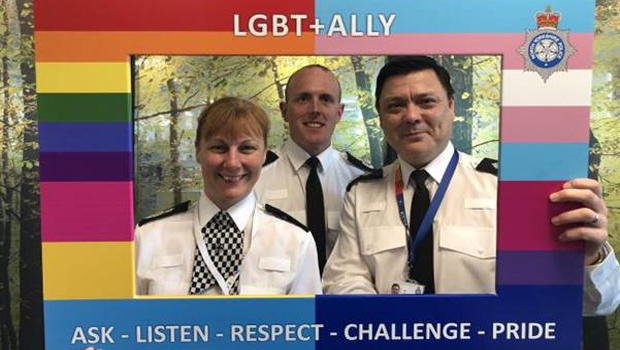 Chief Constable Winward refused to proceed with the complaint, thereby giving herself and her Officers immunity from prosecution. In any other Force they would have been the subject of a misconduct investigation.

Now, the Prime Minister and Chancellor of the Exchequer have been fined by the Met. To their credit, both men have accepted the criticism publicly, paid the fine and issued an apology.

In every Force area in the UK except North Yorkshire, the Police have enforced the coronavirus regulations impartially. As an example, nineteen Metropolitan Police Constables were fined £200 each for breaching the Lockdown Regulations by having breakfast together. Only in North Yorkshire do the Police maintain one law for the public and another for the Police.

The House of Commons Home Affairs Committee released a report into Police Conduct and Complaints on the 1st of March 2022. It was scathing in its criticism. A few extracts:

“Well-functioning conduct and complaints systems are essential to maintaining the trust on which the founding Peel principles created this balance between police and public.

However, the feeling remains that some forces and officers treat complaints against them as challenges to their authority or matters to be sidestepped. In spite of welcome reforms and improvements, sufficient of the submissions we have received for this inquiry demonstrate that the task of providing—and demonstrably providing—a fair, open and, above all, fully trusted mechanism to deal with misconduct remains, as yet, unfinished.

Most complaints about police officers and forces are dealt with at local level within the 43 police forces of England and Wales or by their individual professional standards departments.

Even more importantly, it is essential to public trust in the system that those complaints are treated seriously, transparently and quickly, with measurable and transparent sanctions against officers who do transgress, up to and including their dismissal from the police or even their conviction for criminal offences.

It is also apparent that community trust in forces and in their professional standards departments relies on those forces reflecting the communities they police and serve.

We have heard that officers too often see complaints against them as matters to be deflected rather than opportunities to root out those whose behaviour demeans the office of constable or to clear the names and reputations of those who conduct themselves according to the professional standards required.”

The conduct of Chief Constable Winward in abusing her powers to protect Police Officers from prosecution during the coronavirus pandemic is typical of the conduct so severely criticised by the Home Affairs Committee above.

“Directly elected Police and Crime Commissioners (PCCs) also have a role in overseeing the investigation of complaints. PCCs were offered options in 2020 to extend the role they play, and it is disappointing that few have so far opted to do more than the minimum required of them. We have heard from some that they may be insufficiently resourced to do so; we have also detected little enthusiasm among them, with rare exceptions, to adopt the role offered by the 2020 reforms.”

The Police, Fire & Crime Commissioner for North Yorkshire, Zoë Metcalfe, is characteristic of the PCCs criticised by the Committee.

Her oversight of the complaints system has been confined to ignoring blatant breaches of discipline by North Yorkshire Police Officers and blindly supporting the Chief Constable whatever. She has failed totally to hold the Police to account or ensure that complaints against Officers of North Yorkshire Police are investigated impartially and fairly. The breaches of the Coronavirus regulations by Police Officers are a classic example.

We cannot have one rule for those that enforce the law and another for the rest of us.

The NYE has been raising this issue for many years and will continue to raise it in the public interest, to bring about reform and improvement in North Yorkshire Police.

The NYE has offered the Officers concerned the opportunity of issuing a statement, but to date – in accordance with the Chief Constable’s media policy – none of them have. A copy of this article was sent to Chief Constable Winward and Police, Fire & Crime Commissioner Metcalfe with an invitation to comment. So far no response has been received, but should one be received, it will be published.