“The nature of their duties puts police officers at a higher risk of infection than the public. They can’t work from home and sometimes have to go into close contact to make arrests.”

I am therefore very sorry to report on the death of a Metropolitan Police Constable after testing positive from Coronavirus.

PC Michael Warren, aged thirty-seven, of the Metropolitan Police has died after being tested positive for Coronavirus.

PC Warren had been a member of the Metropolitan Police Territorial Support Group for the last four years and had been a Police Officer since February 2005.

Quoted in this BBC article, Chief Superintendent Karen Findlay described his death as “truly heart-breaking” and described PC Warren as a “lovely, genuine and hard-working police officer” who “regularly went above and beyond to support his TSG colleagues“.

“My heart goes out to the entire Metropolitan Police family following the tragic loss of PC Michael Warren. My deepest condolences to his family, friends and colleagues who continue to work tirelessly on the frontline. They are the very best of us and we are in their debt.

PC Warren is survived by his parents Pauline and Alan, his partner Vicky, and his children Eden aged eight and Joseph aged five.

I was very saddened by PC Warren’s death, particularly as he was only thirty seven and as a member of the TSG, will have been fitter than the average person. This shows just how dangerous the coronavirus is and how important it is that police officers take all possible precautions to prevent contracting it.

This statement by NYP gives the figures for the numbers of fixed penalty notices issued since the 12th of January, with Scarborough residents leading the way.

This excellent Scarborough News article issues the intelligence that

“The borough has received the highest amount of fixed penalty notices issued by police for breaches of coronavirus regulations since January 12.

A total of 57 notices were issued in the last week, 47 of which were to local residents and 10 to visitors. There was a total of 46 illegal indoor gatherings.”

However, this does not tell the full story, which is that while North Yorkshire Police are vigorously applying the lockdown regulations to members of the public, particularly residents of Scarborough, they are refusing to enforce it on themselves.

There have been a series of incidents of Police Officers in North Yorkshire breaching the spirit and letter of the lockdown regulations and having no action taken against them: 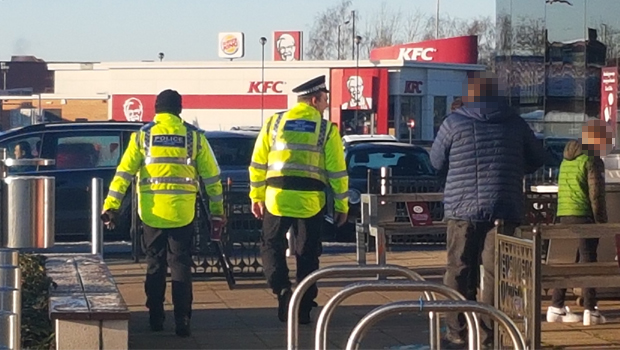 Both the Chief Constable and Deputy Chief Constable needlessly endangered the health of Police Officers at Selby and Scarborough Police Stations, and Force Headquarters, but a complaint I made about them in June was simply ignored.

Should any of these Officers issue a denial or clarification, I will of course ask that it is published in the NYE and issue a retraction, if necessary. However, until we get an explanation from Chief Constable Winward, the NYE will continue to raise this issue.

NYP compared to The Met

Recently, Officers from the Metropolitan Police were photographed by a passer-by breaching the regulations by eating together in a café (see below). 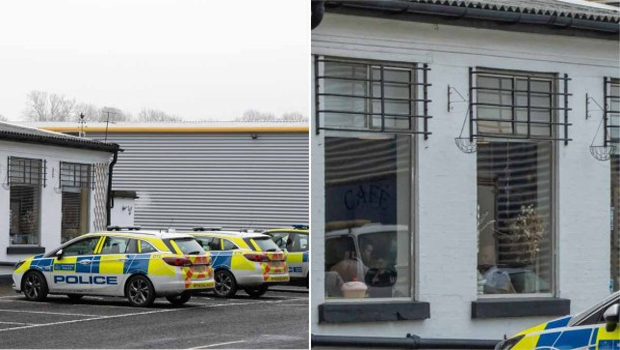 “I find the regular, continued flouting of social distancing, and lockdown regulations by the police hypocritical and foolish at this time when the infection rates in Greenwich Borough are among the highest in the UK.”

This demonstrates the strength of public feeling over this issue and how offensive it is to the public to see Police Officers blatantly flouting the regulations, while enforcing them on other people.

The response of The Met was swift, impartial and effective. It issued this statement to the NYE:

This is the same punishment that would have been meted out if they had been members of the public. In my opinion, a reasonable and just outcome, which I hope will deter Police Officers from breaching the lockdown regulations. Thereby protecting their colleagues and members of the public from being infected by them and upholding public confidence in the police.

“…..on the face of it Chief Constable Winward appears to have abused her position to obtain preferential treatment for contravening the Coronavirus regulations and to have behaved as if the police are above the law. In short, it appears to be a perfect example of a failure to lead by example, or put another way “do as I say, not as I do.

“The public expect the police to uphold the law without fear or favour. It is completely unacceptable in a democracy for the police to apply the lockdown regulations to the public, but not to themselves.”

I am therefore very pleased that Chief Superintendent Atkin’s comments (above) mirror my own feelings on this matter.

The question has to be asked: Why can’t the people of North Yorkshire have the same standards of openness, discipline, integrity and accountability upheld by the Met?

PC Warren was classed as vulnerable and was therefore shielding at home. There are currently about 1,700 Metropolitan Police staff who are off sick or self-isolating. The Metropolitan Police have confirmed that so far three other colleagues, including a police community support officer, have died. According to this November BBC article, eight-hundred-and-forty-nine Police Officers have tested positive for coronavirus over twenty four forces out of the forty three in England and Wales.

It is unclear how they contracted the virus at work. Police Officers who do not take rigorous precautions risk infecting members of the public, their families and everyone at their Police Station. This no doubt is why the two Police Stations in Northern Ireland had to be closed down and the Officers self-isolated. Fortunately, there were no deaths.

The NYE is doing everything it can to support the efforts of the vast majority of Police Officers who are trying to protect the public by policing the lockdown rules fairly, with tact and common sense. However, some Police Officers continue to routinely endanger the lives of their colleagues by ignoring the lockdown regulations. When this happens, it is our duty as journalists and citizens to help protect police officers, police staff and the public from infection, by holding them to account by drawing attention to this. For this purpose, we have included an appeal for information in some articles.

Under normal circumstances, having publicised a breach of the regulations, the NYE would be content to let the normal police disciplinary processes to then take over.

Unfortunately, the NYE’s exposure of Chief Police Officers breaching the lockdown regulations, has made it impossible for them to deter police officers from contravening the regulations by taking action against them. Because, should they do so, they will be punishing their subordinates for committing the same acts of misconduct that they have themselves committed.

This breakdown in service discipline and accountability in North Yorkshire Police has effectively placed Police Officers above the law; a situation unprecedented in the history of British policing. The situation with North Yorkshire Police is now so concerning, that to publicise the issue the NYE feels it has no choice but to take Special Measures.

Accordingly, the NYE is now offering a reward for photographs of Officers from North Yorkshire Police caught breaching the regulations.

Following on from the lack of effective action from the NYP Command Team, the NYE has taken this step to deter Police Officers from further breaches, before they kill someone.

The NYE believes that this reflects public outrage over this issue, is in the public interest, and particularly the best interests of our Police Officers.

If you become aware of a public figure or Police Officer breaching the lockdown regulations, please photograph or video him/ her and make a note of the:

Then inform the NYE, using the news@nyenquirer.uk email.

The NYE will pay the following rewards for this information:

Police Officers are authority figures and resent being confronted with their own misconduct.

This video here shows a member of the public confronting Police Officers who were blatantly breaching the Coronavirus regulations. Incredibly, they admitted this, became incensed that someone had the nerve to point out their misconduct, verbally abused him, then closed up to him without face masks.

So if you do photograph a Police Officer breaching the regulations, we think it may be unwise to tell them they have been photographed and you will be claiming the NYE reward on them.

Please just send the information to the NYE at the above email address. All information received will be treated in the strictest confidence.