North Yorkshire County Council has announced drastic (negative) changes in the financial position of the Council. A statement by the Council can be viewed here. In brief, the anticipated reduction of £10M in government grant funding has now been revised to a reduction of £21M – equating to an additional £11M in cuts to services, described by NYCC Deputy Leader County Councillor Gareth DADD [Con.] as a “crisis”.

The following three facts highlight the nature of this “crisis”:

What have our County Councillors to say about this? 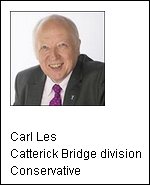 “The Government is pressing councils to use their reserves to support the savings they must make, and thankfully due to our prudence we have reserves to draw on.

“Although these reserves are there for emergency spending for crises like flooding and other effects of extreme weather, we may have to consider using them to buy the council time and for the Cabinet and members to agree a sustainable and coherent strategy for reducing medium-term spending.” 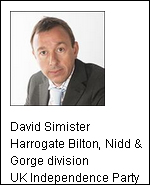 “Yet again the people of North Yorkshire are the ones bearing the brunt of these cuts.

What really galls me is that whilst we will be seeing front line services cut back further and jobs lost, this government hands out more than £12bn in overseas aid.

I want to see money spent here looking after, and supporting, the most vulnerable in society, not transferred into the bank accounts of countries that have their own space programmes!” 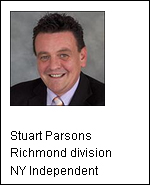 “It is astounding that the Conservative run County Council are simply taking the cuts on the chin through their determination to toe the Party line. The poor and the vulnerable will suffer because the Tories are not prepared  to stand up and defend the people who elected them and whom they are supposed to represent.

They should be lobbying their colleagues in Westminster – all the MPs representing North Yorkshire are Conservatives after all – and telling Cameron and Osborne that enough is enough! If all the Tory Councillors in North Yorkshire joined together to condemn these cuts and also threatened to leave the Party then perhaps they could – at long last – make a positive difference to the lives of us all.

What are the chances of these Tories finally getting a backbone and doing the right thing? Answers on a postcard please!” “The latest provisional local Government Funding Settlement for 2015 shows a reduction in spending power of the North Yorkshire County Council of 36% (£57M) compared to only 21% for metropolitan Councils and 19% for Inner London authorities. I think it speaks volumes for the lack of influence of solidly Conservative run Councils such as North Yorkshire with the National Government with them being ignored by their Party in Government and treated like “cannon fodder”. Unfortunately it is the long suffering Council Tax payers of the County, particularly the elderly and less well-off that have to bear the burden of the cuts.  We have already seen swingeing cuts to our Library Services, our elderly care, bus services and education. These new cuts will be deep and harsh.

At a national level it makes clear that the Government is intent on accelerating the austerity programme to meet the chancellor’s aims to build up headroom for a giveaway budget prior to the next general election. Without the restraining hand of the previous Liberal Democrat partners in the last coalition Government they are now showing their true colours.

The so called “concession” that allows Councils to impose a further 2% Council tax rise (which could mean up to 4% Council Tax rise next April) to fund elderly care is a cynical move to transfer the blame for funding this essential service on to local authorities, that funding however is likely to be swallowed up by the increase in the National Minimum wage.” 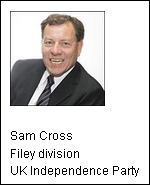 “This is incredibly bad news for the region and will effect a lot of people. All of North Yorkshire’s MPs are Conservative, yet why are they not fighting our corner?

Just a few months ago they voted themselves a massive pay rise yet we are seeing cuts in fire cover, bus subsidies for children at faith schools scrapped and the county-wide closing of libraries.

There will also have to be a hike in council tax bills and this will result in all of us paying more for less.” 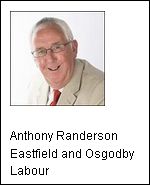 From a personal point of view, and without talking to my fellow comrades, I am extremely concerned with this very real crisis in public sector funding. The government clearly do not live in the real world of the vast majority of citizens in this country of ours.

It is disgraceful that Cameron and his cronies are willing to disregard the views of the many and carry on regardless with policies that are cutting front-line services to the bone – and further – yet still have funds to spend on yet another unnecessary war.

There is no logic to this scenario, other than a gung-ho attitude from an out-of-touch government who are now getting desperate because of the feel-good factor of Jeremy Corbyn.